Emergency covid rules to be extended 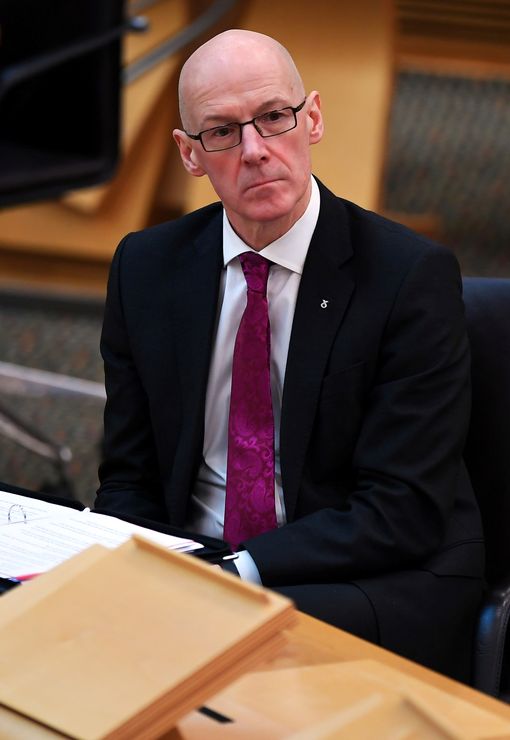 The Scottish Government plans to extend emergency covid laws until next year under plans announced today.

John Swinney told MSPs they would have a chance to vote on the extension before Holyrood enters recess at the end of this month.

Emergency powers were first introduced, with the backing of all parties in April 2020 to allow ministers to regulate businesses and public services when the coronavirus pandemic first hit.

READ MORE: Emergency covid laws in Scotland to be extended to 2022 under government plan

More than 1,000 cases recorded in Scotland in last 24 hours

Scotland has recorded one coronavirus death and 1,011 new cases in the past 24 hours, the latest Scottish Government figures show.

It means the death toll under this daily measure - of people who first tested positive for the virus within the previous 28 days - stands at at 7,678.

A total of 242,875 people have now tested positive for the virus since the start of the pandemic.

The daily test positivity rate is 3%, down from 5% the previous day.

A total of 121 people were in hospital on Tuesday with recently confirmed Covid-19, no change on the previous day, with 14 patients in intensive care, up two.

The Scottish Government has given bus operators a further £35.4 million to maintain services during Covid-19.

The investment means up to £252.7 million has been given to the sector during the pandemic, although spending in the last financial year is forecast to be more than £70 million less than the cash made available by Government.

Covering the period from the end of this month until early October, the funding is expected to cover the earnings gap for operators caused by limited passenger numbers due to physical distancing measures and remote working.

Transport minister Graeme Dey said: "Bus services have played a vital role in keeping Scotland moving safely during the coronavirus pandemic - helping people attend vaccination appointments and other essential travel, as well as starting to return to some sense of normality.

"This additional funding of up to £35.4 million means we can continue to fund operators between June and October, helping to fill the gap between the additional costs of running services due to Covid-19 and reduced ticket income while vital restrictions remain in place and demand is suppressed.

"While we will continue to do all we can to support our bus industry and our public transport network, it is important that the public continue to follow the most up-to-date travel guidance and to walk, wheel or cycle where possible.

"As restrictions ease further, we're asking everyone to play their part in maintaining a safe travel environment for everyone who needs it."

Paul White, director of the Confederation of Passenger Transport in Scotland, welcomed the announcement and added: "This funding extension will help meet the costs associated with running the network at a reduced capacity."

The number of deaths involving coronavirus in Scotland has remained the same as last week, according to the latest figures.

Eight deaths were recorded between May 31 and June 6, the same as the previous seven-day period, bringing the total to 10,130.

National Records of Scotland (NRS) data shows three of the latest deaths occurred in South Ayrshire, with two in both Glasgow and North Lanarkshire.

One death was recorded in the Scottish Borders.

Seven deaths occurred in hospitals while one took place in a care home.

The statistics are published weekly and cover all deaths registered in Scotland where Covid-19 was mentioned on the death certificate. 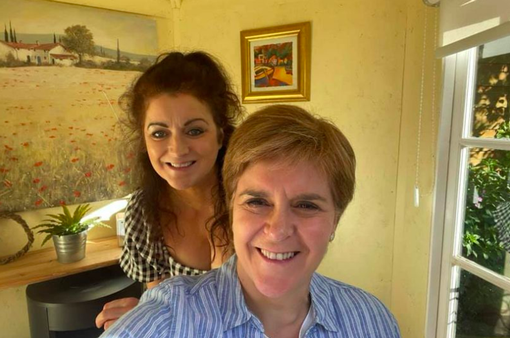 The First Minister met up with her sister in an emotional reunion last weekend after lockdown restrictions were finally eased.

The SNP leader can be seen beaming with happiness as she holds up the camera for a selfie with her sister by her side. 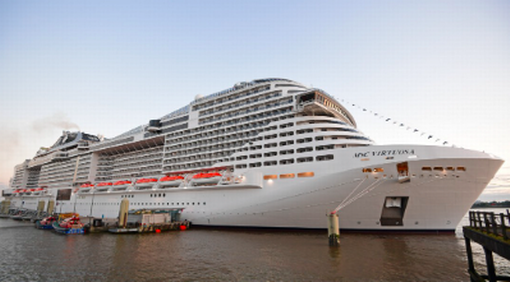 A cruise operator cancelled a stop in Scotland after hundreds of UK passengers on board were told they would not be allowed to disembark.

The MSC Virtuosa had been due to dock in Greenock, Inverclyde, on Wednesday morning before departing at 8pm the same day.

However the Scottish Passenger Agents' Association (SPAA) said the ship did not make the journey from Liverpool to Greenock on Tuesday and instead remained in Liverpool for a second day.

The domestic seven-night cruise is due to visit Belfast, Southampton and the Isle of Portland in Dorset, with another planned stop at Greenock before returning to Liverpool.

The SPAA, the professional body for travel agents and the sector in Scotland, has seen a copy of an email sent to current passengers by the cruise operator.

It says: "Due to the latest Scottish Government Covid-19 restrictions and regulations... we are sorry to inform you that the port call of Greenock has been cancelled.

"No guests are allowed to embark or disembark... This decision has been made by the Scottish Government and is out of our control."

Scottish passengers were due to join the cruise in Greenock and the SPAA anticipated a third of those currently on board would have expected to go ashore for excursions on Wednesday.

A leading health expert has called the decision to allow the Euro 2020 fans zone in Glasgow to go ahead as "controversial".

Professor Linda Bauld, who is an expert in public health at the University of Edinburgh, accepted the risk to people attending the park in Glasgow Green is low if rules are adhered to.

Yesterday, Health Secretary Humza Yousaf gave the green light for the supporter's zone to go ahead as planned however he urged those attending to take a covid-19 test beforehand.

Good morning and welcome to the Daily Record's coronvirus blog on Wednesday, June 9.

We'll be bringing you all the latest news on the covid pandemic in Scotland and across the world throughout the day.

Nicola Sturgeon announced yesterday that she was "optimistic" about lockdown restrictions being eased across Scotland due to the success of the vaccination programme.

It comes as Health Secretary Humza Yousaf confirmed the Glasgow fans zone would go ahead for the Euro 2020 football championship.

A total of 1,011 new cases of Covid-19 were reported in the last 24 hours, the highest daily number since February 17 and 316 more than the previous day.

But the test positivity rate - the percentage of tests returning a positive result - was 3%, down from 5% on Tuesday.

Hospital figures have also remained the same, with 121 patients on Tuesday with recently confirmed Covid-19, no change on the previous day, though the number in intensive care increased by two to 14.

One Covid-19 death was recorded in the last 24 hours, taking the total number of fatalities under that measure to 7,678.

Separate figures from the National Records of Scotland (NRS) however - which include suspected or probable cases of Covid-19 - show the true number of fatalities is 10,130.

The NRS data, also released on Wednesday, shows the number of deaths involving coronavirus in Scotland has remained the same as last week.

Eight deaths were recorded between May 31 and June 6, the same as the previous seven-day period.

Three of the deaths occurred in South Ayrshire, with two in both Glasgow and North Lanarkshire.

One death was recorded in the Scottish Borders.

Seven deaths occurred in hospitals while one took place in a care home.

The statistics are published weekly and cover all deaths registered in Scotland where Covid-19 was mentioned on the death certificate.

It comes amid the continuing campaign to ensure Scots receive both doses of a vaccine against the virus as soon as possible.