Prime Minister Boris Johnson addressed the House of Commons today (Tuesday, September 22) following a meeting with the emergency committee COBRA and the Cabinet. In his address Mr Johnson announced a number of new lockdown measures will be put in place in England, to help control the rising number of coronavirus cases in the UK.

What are the new lockdown restrictions in England?

Mr Johnson stated common sense is the “single greatest weapon” in the effort to suppress coronavirus.

It was announced earlier today there would be new restrictions on hospitality businesses, and a curfew of 10pm will be put in place for restaurants, bars and pubs from Thursday.

The rules on face masks have also been extended, and people working in retail, travelling in taxis, and staff and customers in indoor hospitality, except while seated at a table to eat or drink, will have to wear face coverings. 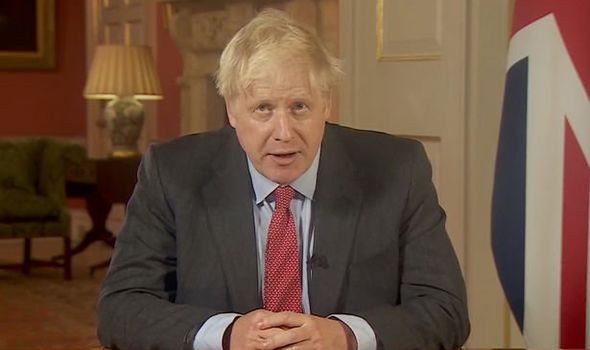 The PM announced the number of guests at a wedding ceremony and reception will now be reduced to 15, while 30 guests will still be allowed at a funeral.

As was the case at the start of the UK lockdown in March, people are being advised to work from home again wherever possible.

The rule of six which has made social gatherings of more than six people against the law will now be extended to all adult indoor team sports.

Large sporting events, as well as business conferences and exhibitions will not be permitted to reopen as had initially been planned from October 1.

During his announcement, Mr Johnson said rules needed to be followed as there had been "too many" breaches of restrictions.

He also said "if we follow these rules together, we will get through this winter together", and "unquestionably"  there will be difficult months to come.

However Mr Johnson also noted that "no doubt there are great days ahead", and he indicated experts believe spring could be a more positive period in the fight against COVID-19.

This is a breaking story with updates to follow.

Ronaldo re-tested positive for the coronavirus. He probably won't play against Barca (Correio da Manha)
Simeone's most crushing defeat at Atletico: lack of Parti, clever adaptation of the flick and grandiose Coman
Barca players are unhappy that some players have extended their contracts with reduced wages (Marca)
Capello on the debut of the Beginning: Fantastic goal. I spoke with Gasperini, he is happy
A Spanish journalist compared Fati to a black salesman running away from the police. Barcelona sues (despite the apology)
We play with major soccer bandits, and I get a yellow for it? Mueller - referee of the match with Atletico
Samuel eto'o: Guardiola is great. He didn't go out just for Messi
Source https://www.express.co.uk/news/uk/1338765/Covid-announcement-today-what-did-Boris-Johnson-say-today-uk-coronavirus-update?utm_source=feedburner&utm_medium=feed&utm_campaign=Feed%3A+daily-express-news-showbiz+%28Express+%3A%3A+News+%2F+Showbiz+Feed%29