Manchester Crown Court was told on Tuesday that Haci Omer Altintas held what the victims believed to be a real firearm to the face of the male victim, his finger poised over the trigger. The court heard that the victim had picked up his girlfriend from work, and they then chose to go to a local KFC in nearby Fort Retail park around 8.15pm on November 6, 2018.

Parking up in a street close to the fast-food chain, the couple tucked into their meal.

Altintas, then 16, then approached the couple’s Volkswagen Golf with another man, knocking on the window to ask for cigarettes.

The male victim, replying that he had none, then went to dispose of his food after the defendant and the other man moved away from the car.

He once again spoke with the pair, but didn’t assess the situation as threatening, according to prosecutor Justin Hayhoe. 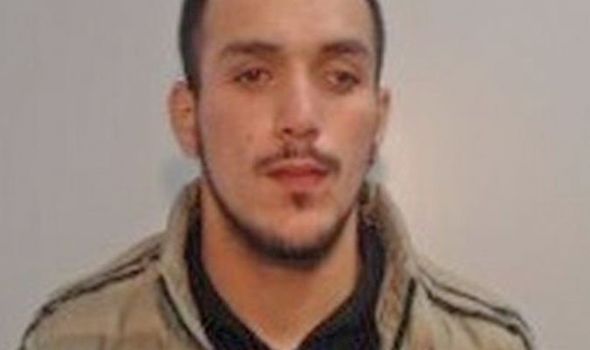 Haci Omer Altintas held what the victims believed to be a real firearm (Image: GMP) 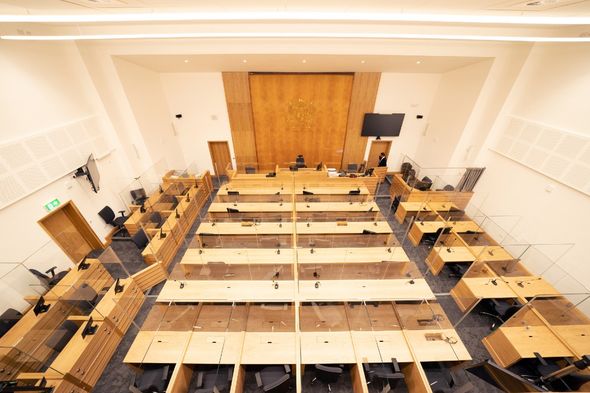 Manchester Crown Court was told on Tuesday that Haci Omer Altintas was 16 at the time (Image: PA)

When the pair approached the Volkswagen again, knocking on the glass, the victim’s girlfriend cautioned her partner not to engage.

Hoping to defuse the tension of the situation, the male victim spoke to Altintas, only for the defendent to produce what appeared to be a handgun from his jacket.

The couple were told they would be shot unless they exited the vehicle, which they did.

Altintas and the other man then sped off in the Golf, taking the male victim’s wallet as well as his car. 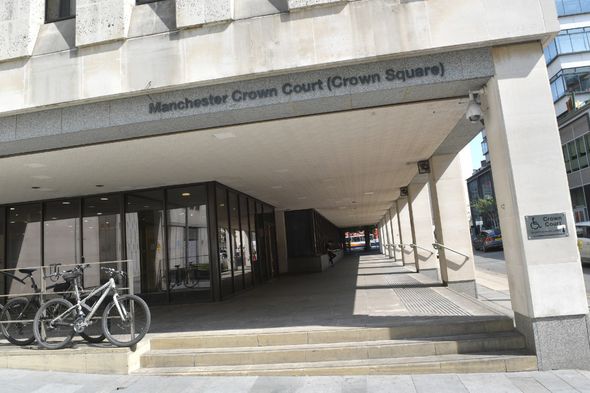 Altintas was sentenced to four-and-a-half years in prison (Image: PA)

Altintas, from Oldham, north-east Manchester, then fled the country.

He was eventually arrested nearly three years later at Manchester Airport as he re-entered the UK.

The firearm could not be verified as authentic, as the weapon described by the victim was never found.

However, the judge said the victims “were not to know it was anything other than a real firearm”. 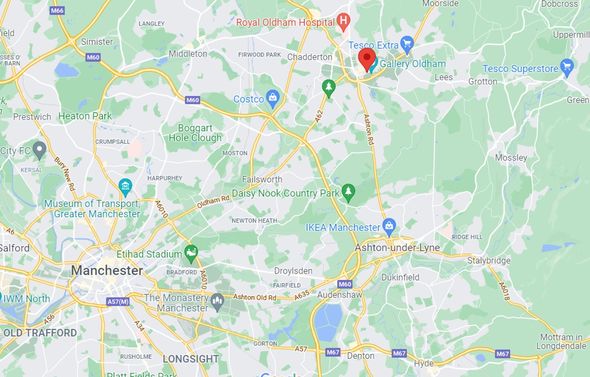 Defending Altintas, John Richards described how he, as a 16-year-old boy, had built up a debt based on drugs.

He said that Altintas had been told that the debt would disappear if he committed the robbery.

The now 19-year-old was handed the weapon just before the robbery, and the stolen vehicle was later sold for £500.

Mr Richards told the court that Altintas had left the UK to live with his father.

He described that Altintas has since given up drugs, and came back to Manchester to “sort things out”.

Altintas was sentenced to four-and-a-half years in prison, after pleading guilty to robbery and possession of an imitation firearm.

The male victim said that the experience would stay with him for the rest of his life.

The victim’s girlfriend described her terror at the ordeal, and the intense fear for her life during the robbery.