The 27-year-old TLC star’s comment about her growing family comes after fans suspected she might be pregnant in May after she showed off a possible baby bump.

“We’re not sure if our next baby will be adopted or not, but that’s something that has weighed heavily on our hearts since before we were married,” the mom of three revealed.

She added that they desire a “full house” of kids but are currently “taking it one at a time and we’re thankful for each one” they already have.

Ben, 25, said: “We could wait until all of our kids are grown and gone and then adopt, but I also think it’s kind of cool to have an adopted child growing up with the other kids.

“We’re just in a stage of, like, meeting with people who have adopted and getting advice, hearing their stories and seeing what that might look like for us.”

The Arkansas native added that he and Jesse are seeking advice from adoptive parents.

“What avenues did you go through [for] foster care and adoption agencies? Were you adopting local [or] international,’” he said they’ve inquired about.

Despite wanting to add to their family, Jessa insisted the number will not add up to be as large as her famous family.

“It won’t be 19! I guess we’re kind of taking it one at a time and we’re thankful for each one,” she said of her staggering kin.

Who is Jessa Seewald and how many children does she have?

She was formerly Jessa Duggar before she married her husband Ben.

The Duggar family shot to fame in 2008 when the network premiered 19 Kids and Counting, which was on the air for seven years before it was canceled in 2015.

Jessa and Ben Seewald have been married since 2014. Ben works as a handyman and a sometimes-preacher, according to a report.

She recently shared a video of her 11-month-old daughter, Ivy, taking her first steps - and fans suspect the Counting On star is already pregnant with her fourth child after she showed off a possible baby bump.

After Jessa lifts the tot, eagle-eyed fans noticed she appeared to have a belly bump.

One fan wrote on Reddit: “When she moves to pick Ivy up it looks like she’s preggo again.”

In May, the reality star shared a video of her newborn daughter, Ivy, taking her first steps.

Fans quickly commented on the Instagram post questioning if the 19 and Counting alum was already pregnant with another child after they spotted a possible baby bump.

At the end of the clip, Jessa picked up her baby girl, as fans noticed she appeared to have a belly bump.

One fan wrote on Reddit: “When she moves to pick Ivy up it looks like she’s preggo again.”

A second fan asked: “Are you pregnant?” 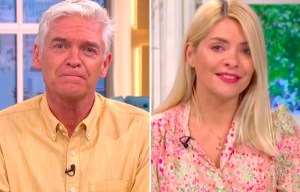 'you are my life'

Holly Willoughby tears up over emotional This Morning viewer's confession 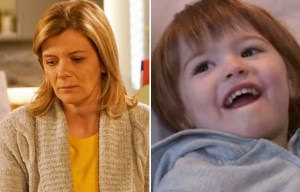 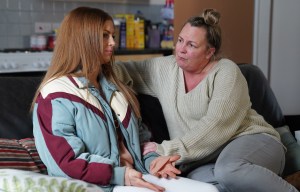 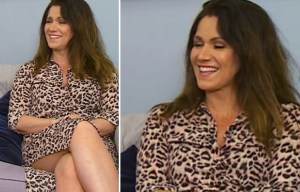 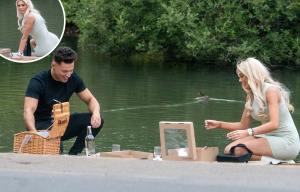 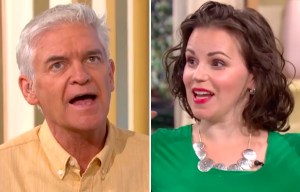 A third fan said: “Ivy is almost 1. I’d honestly be more shocked if she didn’t have #4 by this time next year.”

A fourth wrote: “If so, the timing would be consistent with the spacing she’s had with her other children. She also could still be carrying some baby weight after having 3 kids in 3 1/2 years…”

Jessa - who is one of 19 children - and Ben have been open about wanting a big family through the years.

Trent is recognized as the best young player in the Premier League
Tuhelj against Nagelsmann in the semifinals, the Champions League is great. They represent the power of German coaches
Rivaldo: Ousmane Dembele is a good option for Manchester United. He can succeed in the Premier League
Arsenal announced the transfer of Willian
The first American of Leipzig has never scored in Europe – and yesterday he sentenced Atletico. Nagelsmann sees him as a leader
Former Barca President Gaspar: I Doubt that anyone will remember the names of the current Bayern players in the future
Rafinha can move from Flamengo to Olympiacos
Source https://www.thesun.co.uk/tvandshowbiz/12050693/counting-on-jessa-duggar-adopting-fourth-child-huand-ben/

Arsenal confirm Willian transfer on free from Chelsea on three-year deal worth £200,000-a-week and will wear 12 shirt

Women should bin their knickers every six to 12 months, according to experts

Iran and Turkey denounce UAE over deal with Israel

France quarantine rules: what you can & can’t do and how to cancel flights

Coronavirus fallout ‘could lead to maternal stress and smaller babies’

Pandemic fallout ‘could lead to maternal stress and smaller babies’

Meet the Tracking the Backlash team

New celebrity scam warning as 30,000 dodgy sites are ripped from the internet

Who is Richard Ayoade? The IT Crowd star and Travelling Man’s Greatest Trips host

My life in sex: the 'monogamish' woman

Katy Perry: 'I've done a lot of falling flat on my face'