A PLUCKY pensioner who has survived the virus told Boris Johnson: “If I can beat it, anyone can.”

And a dad who spent a week in intensive care insisted the PM was lucky to be in the hands of our “amazing NHS”.

Gran-of-seven Dorothy Elrick, 89, almost died after coming down with coronavirus while also suffering from a deadly lung condition.

But she insisted: “Stay strong Boris. If I can beat this, anyone can. And try not to worry.”

Sun reader Steve Hayward, 52, was convinced he was going to die.

But after recovering he reckoned: “The great thing about our NHS is that it doesn’t matter whether you are Prime Minister or an ordinary person like me. To them, each life is as important as the other.

“I pray that Boris comes through unscathed.”

The PM, 54, was rushed into intensive care last night after his condition deteriorated.

He has had more oxygen support but has NOT needed a ventilator or any more help breathing, it was confirmed again this evening.

Dorothy, of Sheffield, was stricken with Covid-19 while battling Chronic Obstructive Pulmonary Disease.

She was rushed to hospital by ambulance on March 27 after getting more breathless than usual and with a raging temperature.

The retired factory packer, who has also beaten breast, womb and skin cancer, was isolated and on oxygen for a week.

She has now been discharged and is recovering at home.

'PEOPLE MUST TAKE IT SERIOUSLY'

Dorothy added: “Hopefully people will start following the rules so we can see our families again and I can see my grandchildren again.”

Grand-daughter Jade Elrick, 26, said: ‘‘We’re honestly so happy to have her back, it’s such a relief.

“The country needs to be completely locked down if people aren’t taking it seriously so fewer lives are lost and we can return to normal sooner. I wish Boris well and hope he makes a speedy recovery.”

Steve, of Colindale, North London, was rushed into the intensive care unit at Barnet Hospital struggling with respiratory failure.

The MoT tester said: “It was a bit of a shock when I read Boris had been taken into intensive care and put on oxygen, just like I was.

“With no visitors allowed, even if you are Prime Minister, it’s very scary and very lonely.

“I have every confidence in the NHS and they will do everything in their power to pull him through, just like they did with me.”

Steve also revealed how an ingenious nurse tried to bring down his out-of-control temperature.

Florence Shabangu filled a zip-lock bag with water and froze it.

Steve says: “That block of ice was worth more to me than any bar of gold. It was very scary and there were times I thought I wasn’t going to make it.”

He didn’t get a chance to thank his saviour but The Sun tracked down modest Florence.

The mum of three said: “I’m so glad Steve is recovering and that I was able to make a difference.”

Steve, who is donating £50 to our Who Cares Wins NHS appeal, said: “Florence was really amazing, always happy and dancing.

“We should support our nurses because they are risking their own lives to save us. I can’t thank Florence enough and that’s why I am backing The Sun’s appeal.”

'Baby had such a hard time'

BABY Winter-Rose Watson is giggling and smiling again at home after battling the coronavirus in hospital.

Mum Jade, 27, called an ambulance on Saturday after the 12-week-old’s temperature rose to 39.1C. The tot tested positive for the virus at Royal Blackburn Hospital.

Mum-of-two Jade said it was heartbreaking to hear her daughter’s screams as medics tried to fit a catheter.

She was overjoyed on Monday when doctors said it was safe to take her girl home.

Jade, from Burnley, said: “She’s still got the virus. She has had such a hard time.”

DAD Andrew Hodge is back at home with his family after being put in a coma for six days to beat the virus.

The 54-year-old wants everyone to know that being ventilated for Covid-19 “is not Game Over”.

He said: “I don’t want to dilute the seriousness of it but I want people to realise they can survive this.”

Andrew, who has daughters Isabella, 17, and Genevieve, 11, with wife Dawn, is recovering at home in Laleham, Surrey, after ten days in hospital.

He described medics at St Peter’s Hospital, Chertsey, as “phenomenal and attentive”.


'NHS workers are so special'

RETIRED company director Bill credits his recovery from coronavirus to the superb treatment he got in intensive care.

He was taken to hospital just before the lockdown after his son Paul visited and found him in bed with a fever. 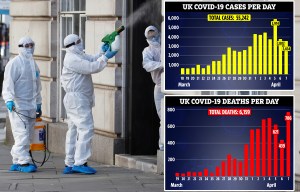 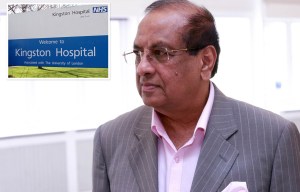 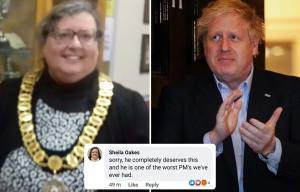 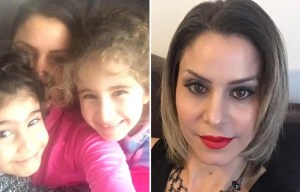 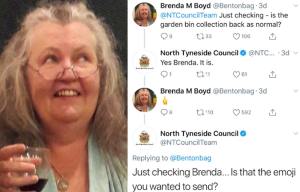 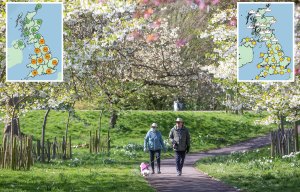 But he is now back home in Lytham St Annes, Lancs.

He said: “I hope my story gives people encouragement at what is a worrying time. I was originally in intensive care and then moved to the isolation ward and I was treated superbly.

“The NHS staff were amazing. They really are special people and I am so grateful.”

Tonali wants to move to Inter. The club is in talks with Brescia
Nikita Kashaev: When Swedes learn about the statistics of coronavirus in Russia, their eyes pop out
Besiktas players got down on one knee, forming the initials of George Floyd
RB Leipzig considers Rasetsu as a replacement for Werner
Director of Bayer: the Future of Havertz has not yet been determined
Arsenal is ready to pay 25 million euros for 19-year-old Feyenoord midfielder Kekcu
Real were denied the transfer of Havertz for 80 million euros. Bayer wants 100 million (Bild)
Source https://www.thesun.co.uk/news/11350426/if-we-can-beat-coronavirus-so-can-boris/

Top 10 UFC and MMA fighters of all time, with Jon Jones at No1, Khabib at No7 and Conor McGregor OUT

Coronavirus is an ‘SOS signal for the human enterprise’

Mistake at McDonald's drive thrus which could land drivers with £1,000 fine

George Floyd's autopsy revealed he was infected with COVID-19