It is a common refrain among pet-owners right now that dogs are the only group of people whose lives have been improved by coronavirus. But the animals are making our isolation more enjoyable too.

Exhibit A: BBC sports commentator Andrew Cotter who, bereft of actual sports to commentate, has turned his attention to his two labradors: the older Olive and the younger Mabel.

“So into the final minute and Olive in possession – but this is where Mabel is strong, chasing the game, using that intensity,” Cotter begins, deadpan and calm, with that recognisable Scottish voice that has presided over Wimbledon, the Commonwealth Games and the Olympics.

The dogs he films are engaged in a quiet power battle over an orange rubber bone that appears to have been in contention for some time.

Olive holds strong for a while but then gets cocky, loosening her grip and positioning the toy up lengthways to give it a little lick. This turns out to be the moment of her downfall. With a steady intensity of focus – “built on patience and sheer belief” – Mabel snatches it away, winning the title of “very good dog”. 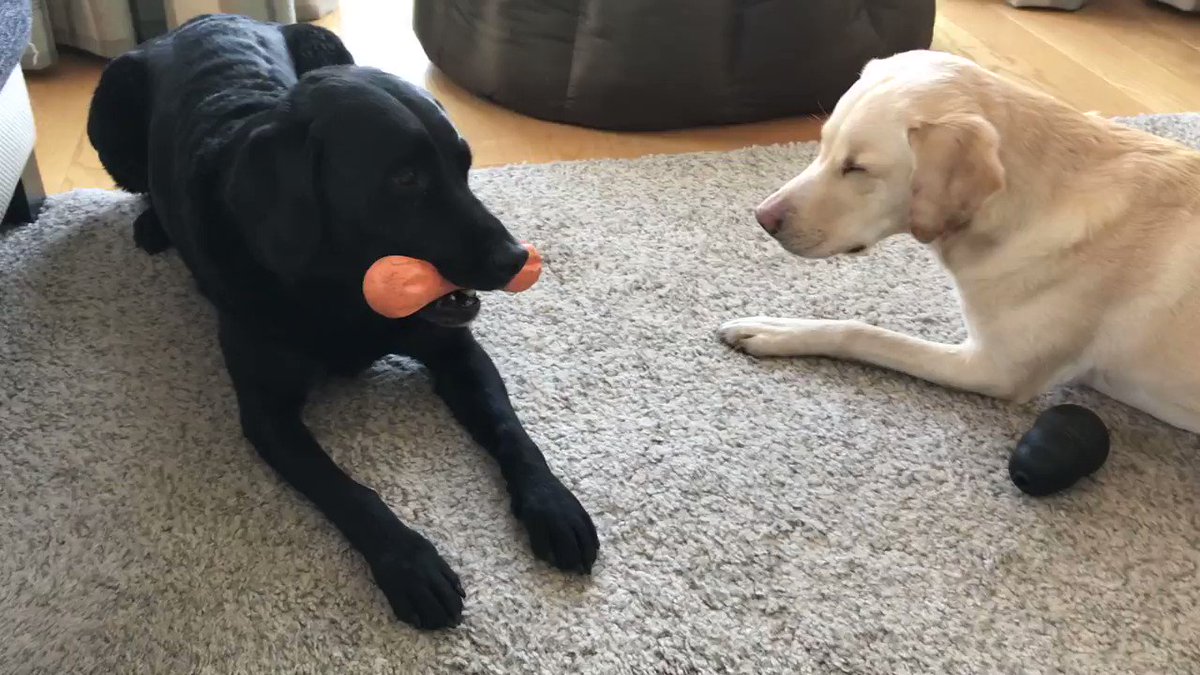 Some sports are slower. More about the strategy. pic.twitter.com/JMBaGJ1tSd

Shared on Thursday night, the short clip was viewed more than 3m times in less than five hours – testament perhaps to a widespread craving of joy around the world.

But the contest between these “great rivals” wasn’t a one-off: it’s the second match in what we can only hope will be an ongoing series.

The first game – an eating competition posted on 28 March, in which Olive (“focused, relentless, tasting absolutely nothing”) reclaimed her title against the rising star – was viewed 9m times, retweeted by Ryan Reynolds and featured on ESPN. 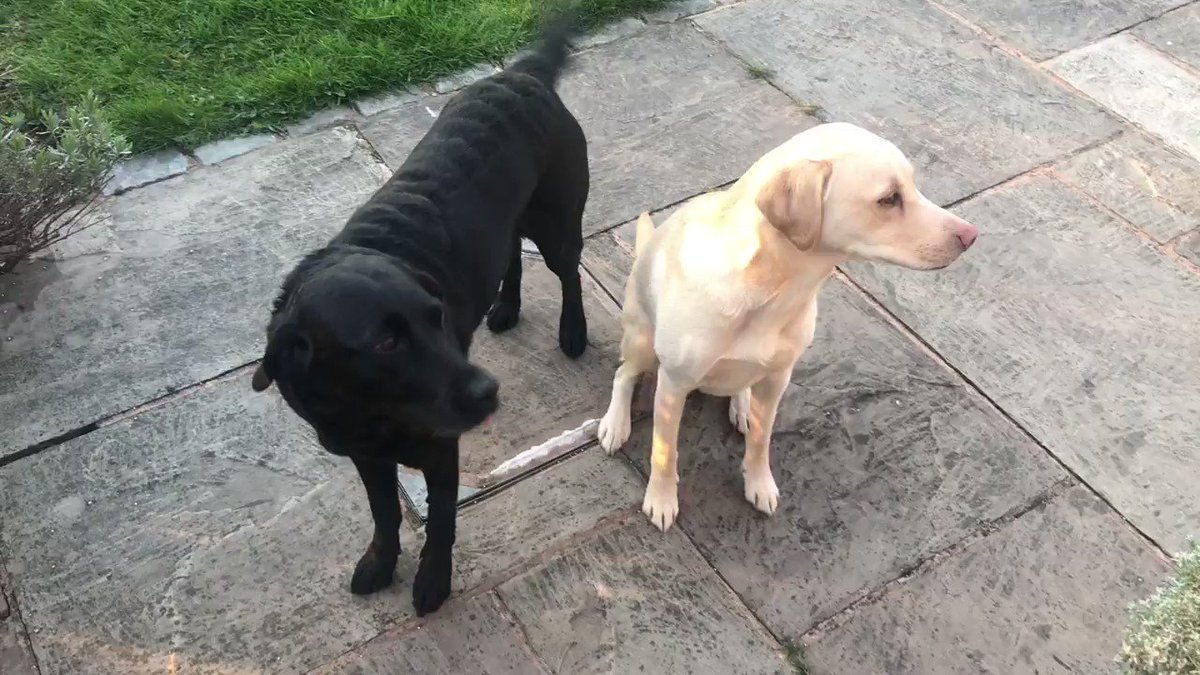 “None of this has changed Mabel or Olive,” Cotter told the Telegraph in the wash-out from the first contest, “although a few friends have said Mabel was robbed, because I messed up getting her bowl down. There are demands for a rematch.”

“It just shows how much we are all missing sport and what we term ‘normal life’,” he continued. “We absolutely take it for granted and we are at last realising that. I believe when sport returns, there will be a huge outpouring and it will not nearly be as cynical as before. Hopefully, that will be soon, as I am unemployed.” 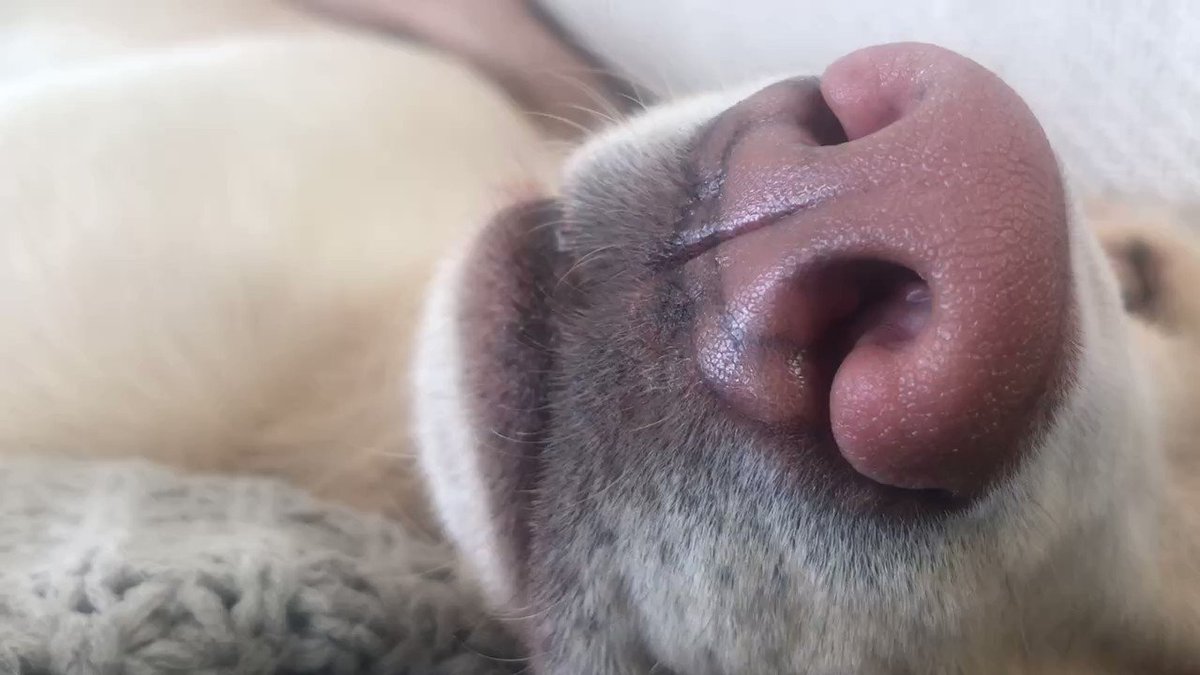 Bayern play in armbands with the words black Lives matter
Messi posted a photo from the camp Nou: How much I missed this place
Barcelona refused to sell Fati for 100 million euros
Pickford on the Liverpool Derby: Everton have a chance to win. We want to do it for ourselves and the fans
Havertz will not play against Bayern because of muscle problems
Russian Russian midfielder Denis Cheryshev
Igalo on racism: I'll leave the field if I run into something like this. No country should put up with this
Source https://www.theguardian.com/lifeandstyle/2020/apr/10/coronavirus-stars-bbc-sports-commentator-andrew-cotters-dogs-olive-and-mabel-go-viral