ENGLAND'S coronavirus R rate has risen above 2 in the South - as almost one million are living with the bug, a major study suggests.

The crucial value - the number of people an infected person will pass Covid-19 on to - is estimated to be 1.6 nationally.

It's based on data from more than 85,000 swab tests taken between October 16 and 25 - with some as recent as last Sunday.

The largest infection survey shows cases are continuing to rise in all regions and across all age groups.

Scientists leading the study at Imperial College London warn the epidemic is at a "critical stage" with stronger measures necessary to bring the outbreak under control.

Cases are now doubling every nine days nationwide, with 96,000 new cases every day, according to the REACT-1 study.

But cases are no longer growing fastest in the north, with R thought to be above 2 in the South East, East of England, London and South West.

In fact, their findings suggest that in the capital the R number could lie somewhere between 1.47 and 4.87.

Meanwhile, the North East - which is currently in Tier 2 - is estimated to have an R rate of 0.57.

It's followed by the North West - where many areas including Greater Manchester and Liverpool are under the highest level of restrictions - as the region with the next lowest R rate of 1.21.

The estimated reproduction number has risen to 1.6 during October from 1.2 in the prior round of the study, Imperial College London experts have warned.

Estimates for R are shown as a range, and the true values are likely to lie within this range.

The R rate is shown in bold, while the range is in brackets.

Infection rates remain highest in 18 to 24-year-olds but rose fastest in those age 55 to 64, where they have tripled.

Cases have doubled in those aged 65-plus since the previous round of testing.

Prof Steven Riley, who leads the study, described the findings are "really disappointing", warning they show stringent action is needed sooner rather than later.

He said: "Our results suggest strongly that one or more of; the policies themselves, the timing of tier advancement, or levels of compliance, have not been sufficient to date to achieve control of the second wave of Covid-19 in England.

"The co-occurrence of high prevalence and rapid growth means that the second wave of the epidemic in England has now reached a critical stage.

"While it is possible that some of the current control measures may be too recent to have fed through to the data reported here, the high prevalence already reached and the rapid acceleration mean that inevitably there will be large numbers of hospitalisations and deaths resulting from the second wave.

"Whether via regional or national measures, it is now time-critical to control the virus and turn R below one if yet more hospital admissions and deaths from Covid-19 are to be avoided."

Colleague Prof Paul Elliott, director of the programme at Imperial from the School of Public Health, said: “These interim findings paint a concerning picture of the situation in England, where we’re seeing a nationwide increase in infection prevalence, which we know will lead to more hospitalisations and loss of life.

“We’re also detecting early signs that areas which previously had low rates of infection are following trends observed in the country’s worst-affected areas.

“Now more than ever we must all work together to curb further spread of the virus and avoid subsequent overwhelming of the health service.”

National lockdown 'NOT the answer'

Reacting to the findings independent scientists agreed they paint a "sobering" picture.

Meanwhile, other experts have warned a national lockdown is not the answer, questioning where the message around learning to live with the virus has gone.

"Lockdown should be a last resort to protect the NHS. People calling for it need to realise it is a blunt tool that will just kick the can down the road," he said.

"We need to get the message out now that this is not going away, it's about managing Covid-19's impact."

Prof Heneghan was speaking out after claims Sage scientists have said all of England will be plunged into more severe Tier 3 restrictions by mid-December - throwing Christmas plans into chaos.

Their model suggests the second wave will be more deadly than the first, with a "lower but longer peak".

It means while deaths might not reach the sharp highs of April, we could see around 500 deaths a day for a longer period of time.

The prediction that the second wave is set to be more deadly, is something the team at Imperial and independent scientists across the UK agree on.

Prof Igor Rudan from the University of Edinburgh, said the study "should be considered very accurate and reliable scientific evidence that shows that a very large second wave of Covid-19 pandemic is underway".

Agreeing with the Imperial team, he said: "It will inevitably lead to a very large number of infections, severe episodes and deaths in the coming weeks and months.

"The measures in place over the past two months across most of Europe were clearly insufficient to prevent the new large growth of infected cases and fast spread of the virus."

"They indicate a significantly deteriorating situation which needs an urgent response," he said. 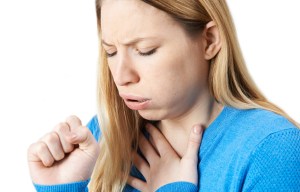 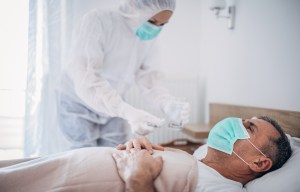 Number of Covid patients in hospital could hit 25,000 in weeks, warns expert 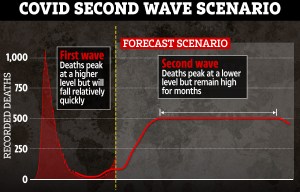 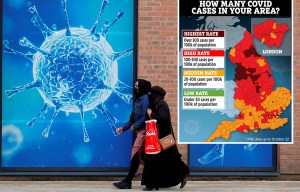 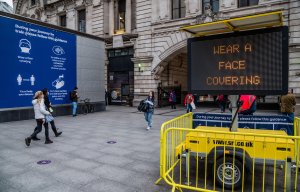 But he added given the lag between becoming infected and getting a positive test, the data "does not necessarily tell us what may be happening now with recent changes in restrictions".

He added: “It is likely that the prevalence will be approaching what it was in the peak in March-April in the very near future, even if we have not yet reached that point."

Rule of six may still be in place at Christmas. minister suggests

Tuchel after 2:2 with Bordeaux: I always protect the players, but I refuse to do this. You can't play matches of this level
Ole Gunnar Solskjaer: Any decision I make is for the good of Manchester United. The main thing is the result
Mourinho on Tottenham: We don't have the same conditions as some clubs. They create a crazy market
Hazard was injured for the 8th time in 16 months at Real Madrid. He had 12 injuries in 7 years at Chelsea
Frank Lampard: Abramovich is a man who achieves his goals. Without this, it is impossible to achieve his position
Marcelo was actually grabbed by the hair. Clear penalty. Ex-referee Iturralde Gonzalez on the controversial episode in the match of Real Madrid
Gasperini on Atalanta's defeat: the Players are tired. We pay more for national team games than for the Champions League
Source https://www.thesun.co.uk/news/health-news/13045930/coronavirus-r-rate-above-2-south-1m-with-covid/

Feeling nostalgic? The lure of yesteryear is stronger than ever | Eva Wiseman

London Bridge attack, one year on: ‘Jack's story jolted people – we have to keep that going'