A strict or poorly-designed domestic Covid vaccine passport regime could unintentionally undermine the UK’s vaccine rollout, MPs have been warned.

Experts said a system that required vaccination for access to non-essential shops, pubs and restaurants could be seen as persuading people to get their jabs.

Professor Steve Reicher, a top social psychologist from St Andrew’s University, told a hearing of the All Party Parliamentary Group on coronavirus earlier: “There is a very traditional, well-known psychological process called reactance: that if you take away people’s autonomy, if you force them to do something, they will reassert their autonomy, even if that means not doing things that they would otherwise want to do.”

It comes amid reports from No 10 that the NHS app may not be ready to carry the international version of Covid passports when travel resumes on 17 May.

The government is expected to announce a green list of destinations – from where arrivals into England will not have to quarantine – on Friday, and then review this list every three weeks.

Most of Europe and the US should move onto the UK’s “green list” next month, according to ministers.

Meanwhile, ministers have said there are “no plans” to bring forward the earliest date for lifting Covid-19 restrictions from 21 June despite what Downing Street has called “hugely encouraging” data on coronavirus transmission.

Good morning and welcome to our rolling coverage of the coronavirus pandemic.

British holidaymakers may have the option of jetting off to a handful of European hotspots from next month.

The European Commission proposed to ease restrictions on travel to countries in the bloc amid progressing Covid-19 vaccination campaigns and lower infection rates.

It is proposing “to allow entry to the EU for nonessential reasons not only for all persons coming from countries with a good epidemiological situation, but also all people who have received the last recommended dose of an EU-authorised vaccine”.

It was not said which countries would be on its list, but one unnamed EU official said the UK remains a “question mark”.

Epidemiologist Professor Neil Ferguson has said it is unlikely the NHS would be overwhelmed after an expected rise in cases in late summer.

When asked about if social distancing rules were scrapped in summer, he said: “We do expect transmission and to some extent hospitalisations and deaths to tick up in late summer, if we completely go back to normal, but at a much lower level than we saw, for instance, back in December and January.”

The epidemiologist told BBC’s Today programme: “It is obviously a political judgement as to what is acceptable in terms of numbers of infections.”

But he added: “We don’t see any prospect for instance of the NHS being overwhelmed.”

However, this would also depend on new variants, he said.

The travel industry is furious that, with 13 days to go until non-essential travel is expected to restart, there is still no certainty about which countries and regions may be rated green.

But the changed Foreign Office advice reveals the locations that are regarded as low risk - including Greek and Spanish islands. 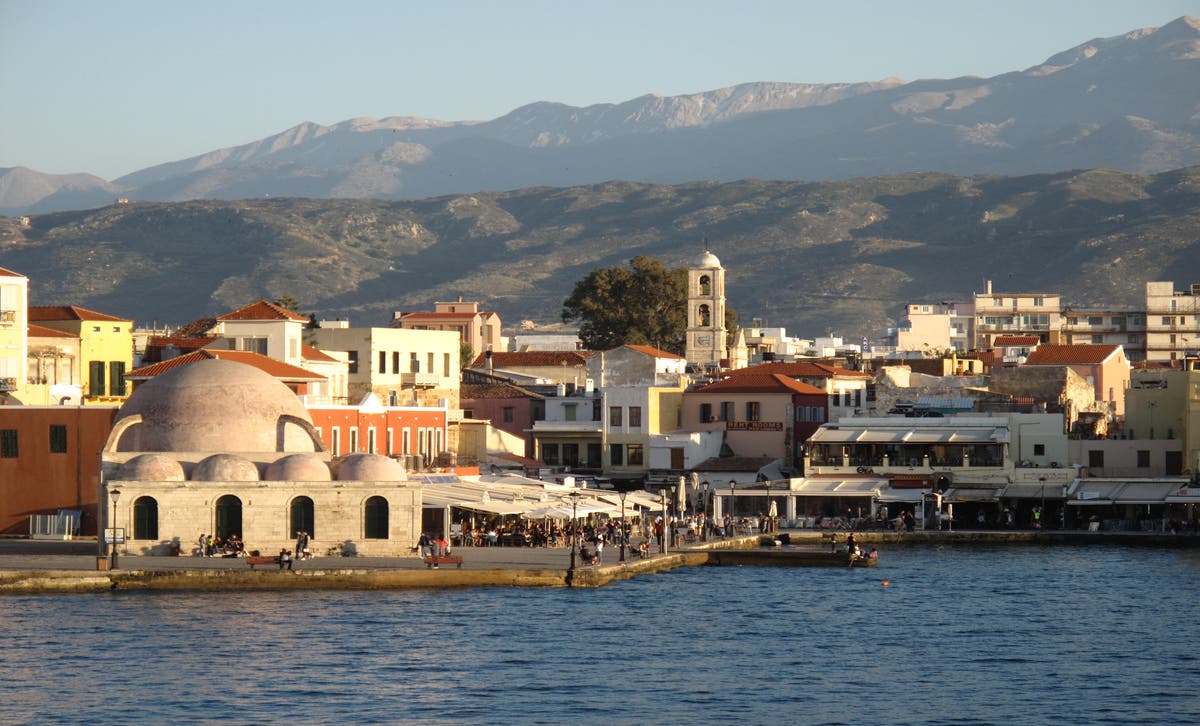 Exclusive: Corfu, Crete, Kos Rhodes and Zakynthos as well as Spain’s Canary Islands are singled out as low risk

Even so, Professor Neil Ferguson told the Today programme he was “feeling fairly optimistic that we will be not completely back to normal, but something which feels a lot more normal by the summer”.

The epidemiologist from Imperial College London, who advises the government, also said the UK data on deaths and cases was “very encouraging”.

“Whilst we’re seeing cases actually plateau at the moment - and they may start edging up - mortality, deaths and hospitalisations are still going down, and we expect them to continue to go down, maybe tick up a little bit next month but only within manageable levels,” he said.

“That puts us in a very good position to be keeping to the government road map - relaxing some restrictions in a couple of weeks’ time and then many more in June.”

As well as predictions over the NHS, Professor Neil Ferguson offered warnings over new variants which could derail progress.

He said the risk of vaccines being less effective in the face of variants was “the major concern” that could still lead to a “very major third wave in the autumn”.

He said it was “essential we roll out booster doses, which can protect against that, as soon as we’ve basically finished vaccinating the adult population, which should finish by the summer.”

Professor Ferguson told Today his team still have some concerns about late summer and early autumn but “they’re diminishing.

“If we’re going to see another wave of transmission that’s where it would take place, but the data on the vaccines is getting ever more encouraging, particularly the new data which was released just over a week ago about the fact that vaccines, even if you do get infected if you’ve been vaccinated you’re less infectious,” he said.

“And so that has pushed our estimates of the scale of any potential autumn wave down.”

Here is our travel correspondent, Simon Calder, on what the changed Foreign Office advice could mean:

While waiting for the “green list” of nations for travel to be published, readers have been putting their questions to our travel correspondent, Simon Calder.

As the countdown begins to international travel restart day, Simon Calder tackles your pressing questions about the possibility of a summer getaway

To keep up-to-date on all travel news while waiting to find out more about summer holidays, you can sign up to Simon Calder’s weekly newsletter: