People sit outside at a restaurant in Covent Garden, London, 21 September 2020.

In a televised address following the announcement of new rules including early pub curfews and stricter face mask requirements, Mr Johnson warned further restrictions would follow if the public flouted the rules and claimed the government would “use the army if necessary” to enforce the laws.

Good morning, welcome to today’s live blog. We’ll be bringing you all the latest updates and statistics on the coronavirus pandemic from around the world.

Boris Johnson is set to announce that pubs, bars and restaurants in England will be forced to close by 10pm from today amid a sharp spike in coronavirus cases.

The prime minister is also expected to say the hospitality sector will be restricted to table service only during a televised address this evening.

The PM will set out to the public further ways in which the virus can be confronted, including by following social distancing guidelines, wearing face coverings and washing hands.

Read more on this from political editor Andrew Woodcock: 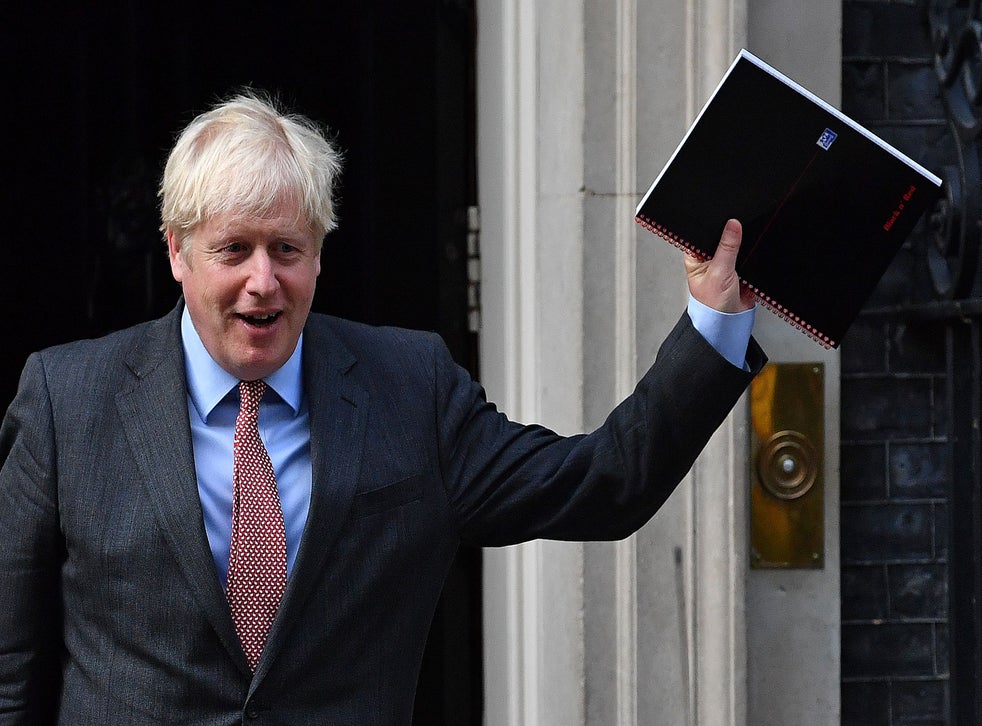 Pubs to be told to shut at 10pm in response to warning of 50,000 infections a day by October

Back to work message scrapped

Staff will no longer be told to go back to the workplace to save the economy, in another government U-turn as coronavirus infections surge again, deputy political editor Rob Merrick reports.

Last month, workers were told to stop working from home if they could – even amid suggestions that they could be at risk of being sacked if they refused.

But Michael Gove said there would now be “shift of emphasis”, also revealing the target for 80 per cent of civil servants to be in the office had been ditched.

People with flu and Covid face 'serious risk of death'

People who have been infected with both the flu and Covid-19 face a serious increase to their risk of death, Public Health England has said, as researchers urge the public “not to be complacent” ahead of the influenza season.

The nation’s flu vaccination programme is set to be expanded to make as many as 30 million people across England eligible for the jab amid concerns influenza could circulate alongside Covid-19 across the UK.

Now a study has shown that those infected with both viruses during the first peak of the pandemic had a significantly higher rate of death.

'People still think that the flu is just like a cold. It's not. The flu is an extremely unpleasant condition’

Premier Inn owner Whitbread has said it could axe up to 6,000 jobs because of reduced demand resulting from the pandemic.

The group said the proposal would affect 18 per cent of its workforce in its hotel and restaurant brands, adding that it hoped voluntary redundancy and lower contracted hours would make up a a "significant proportion" of the planned cuts.

Proposal could affect 18 per cent of group’s employees

Cabinet Office minister Michael Gove said the government was taking "reluctant steps" with the new coronavirus measures, but added that they are "absolutely necessary".

He told Sky News: "There will be more details that the prime minister will spell out, and again, one of the points that he'll make is that no one wants to do these things, no one wants to take these steps.

"They are reluctant steps that we're taking, but they are absolutely necessary.

"Because as we were reminded yesterday, and as you've been reporting, the rate of infection is increasing, the number of people going to hospital is increasing, and therefore we need to act."

Parliament ‘should vote on second lockdown’

Sir Bernard said about the Covid-19 situation: "What would be the worst case is if we have to have another major lockdown.

"That would be terrible for the economy and so anything that can avoid that risk, or mitigate that risk, seems to be justified.

"But, I certainly agree that parliament should debate and vote on this," the Tory MP added.

"Now, we have got a functioning parliament of sorts, which we couldn't have in the early stages of this crisis. The government shouldn't fear any extra scrutiny. There should certainly be a vote."

Plans to allow fans back to sport stadiums postponed

Plans to allow fans to return to sport from 1 October have been postponed, Michael Gove has confirmed.

That plan will now be “paused”, the Cabinet Office Minister confirmed after a series of test pilot events over the last month, due to a spike in coronavirus cases.

When asked about evidence around the 10pm hospitality curfew, Mr Gove told BBC Breakfast: "There is evidence that the longer venues stay open, the greater degree of social mixing that takes place.

"So, placing a restriction like this is something that we've already done in parts of the country where the virus has been spreading particularly fast."

He added: "I think it will make a difference, but I think that there are other steps that require to be taken as well, and the prime minister will be saying more to the House of Commons."

‘Work from home and restrain from social mixing’

Michael Gove has said people should now work from home if they can, in efforts to "restrain" social mixing as much as possible.

"If people can work from home, they should," he told BBC Breakfast.

"But I stress that it's very important that those people whose jobs require them to be in a specific workplace do so."

He added that it was not a case of "revisiting the days at the beginning of our response to this virus" as "workplaces are safer", adding: "But one of the risks that we have to face is that social mixing overall contributes to the spread of the virus.

"So as much as we can restrain that as possible at this stage, the better for all of us and for public health."

Barca players are unhappy that some players have extended their contracts with reduced wages (Marca)
Capello on the debut of the Beginning: Fantastic goal. I spoke with Gasperini, he is happy
A Spanish journalist compared Fati to a black salesman running away from the police. Barcelona sues (despite the apology)
We play with major soccer bandits, and I get a yellow for it? Mueller - referee of the match with Atletico
Samuel eto'o: Guardiola is great. He didn't go out just for Messi
Amazing time Loko: boldly came out from under pressure, were reliable from behind and attacked beautifully through Miranchuk
Semin on the goal the Beginning: Great debut. He will establish himself at the heart of Atalanta, I have no doubt
Source https://www.independent.co.uk/news/health/coronavirus-news-live-uk-10pm-curfew-today-boris-johnson-cases-deaths-latest-b526356.html