New research from the Independent Scientific Pandemic Influenza Group on Behaviours (SPI-B) has "strongly recommend national government, PHE, the media and others cease using the term "local lockdown" and instead switch to "area of intervention"." The sub-committee of SAGE, the Government's Scientific Advisory Group for Emergencies, cited an investigation by the LSE Anthropology team of the local intervention applied in Leicester - the first area to be placed into a "local lockdown" in June - and how it impacted the locals. SPI-B said: "The language of a "lockdown" is inherently punitive. It is critical to start to reframe the issue by moving away from this punitive language as well as from an overall punitive approach.

"Areas experiencing the reintroduction of restrictions should not be subject to "blame"."

The sub-committee added: "The "lockdown," because of its name and its targeting on Leicester was understood as a "punishment".

"They felt "ashamed" and like a "laughing stock" because they were still "in lockdown" after the national day of lessening of restrictions on 4th July." 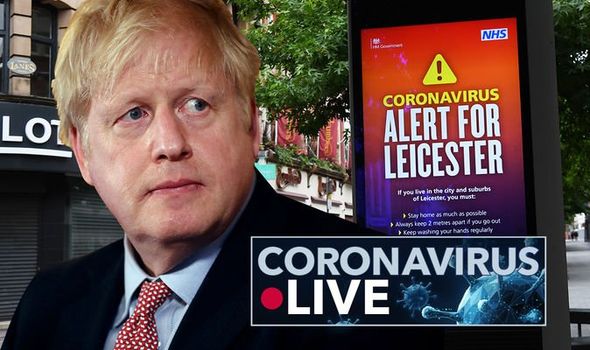 The term 'local lockdown' could be banned as the UK continues to tackle the coronavirus pandemic (Image: GETTY)

The SPI-B also said the investigation into Leicester supported several other problems with the arrangements of local lockdowns, such as unclear messaging from the Government, confusion over lockdown geographical boundaries and exacerbation of divisions in society, particularly among different ethnicities.

Leicester was placed into a local lockdown on June 30 after coronavirus infections surged well above the national average.

Several other hotspots throughout England, including Oldham, Blackburn and Darwen have come dangerously close to suffering the same fate dye to a rise in cases.

Barcelona's Interest in Isak Increased after Koeman's appointment. Larsson has a high opinion of the player (Mundo Seportivo)
Manuel Pellegrini: When you play against Real Madrid and var, it's too much
PSV and Porto are Interested in Barcelona midfielder PUC. He doesn't want to leave the club
Puyol about Barcelona: If we want to win the championship, we need to perform very well
Schalke sacked Wagner. The team has not won the Bundesliga since January
Iacini on 3:4 with Inter: Even a draw would be an unfair result, given how many chances Fiorentina created
Ramos Pro 3:2 with Betis: the Referee tried his best and didn't do anything intentionally
Source https://www.express.co.uk/news/uk/1323142/coronavirus-latest-news-local-lockdown-uk-latest-deaths-infection-rate-new-cases?utm_source=feedburner&utm_medium=feed&utm_campaign=Feed%3A+daily-express-news-showbiz+%28Express+%3A%3A+News+%2F+Showbiz+Feed%29