Oxford University is leading the race for a coronavirus vaccine. But ministers have been warned about the chances of a successful jab ever emerging.

The Sunday Times reported that a source involved in the search for a vaccine told ministers: “There is around a one in three chance that we get a vaccine at all.”

The warning comes as Boris Johnson is battling to reopen schools in September.

The Prime Minister is under pressure to shut pubs, restaurants and shops ahead of schools in the event of coronavirus flare-ups. 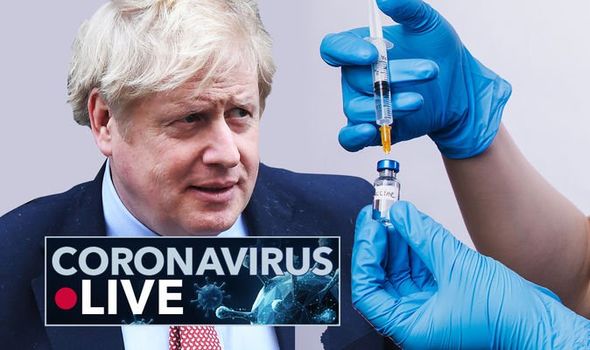 Ministers have been warned of a one in three chance there will never be a coronavirus vaccine (Image: GETTY)

New Zealand has marked 100 days without community transmission of coronavirus but the country’s health chief warned against complacency.

Director-General of Health Dr Ashley Bloomfield said: "Achieving 100 days without community transmission is a significant milestone, however, as we all know, we can't afford to be complacent.

"We have seen overseas how quickly the virus can re-emerge and spread in places where it was previously under control, and we need to be prepared to quickly stamp out any future cases in New Zealand.”

7.45am update: Johnson says ‘moral duty’ to get all children back to school

Boris Johnson has spoken of a “moral duty” to get all children back to school in September.

Writing in the Mail on Sunday, the Prime Minister said it is the "national priority" to get all pupils back into classrooms next month.

He said: "This pandemic isn't over, and the last thing any of us can afford to do is become complacent.

"But now that we know enough to reopen schools to all pupils safely, we have a moral duty to do so."

He warned of the "spiralling economic costs" of parents and carers being unable to work, adding: "Keeping our schools closed a moment longer than absolutely necessary is socially intolerable, economically unsustainable and morally indefensible."

7.30am update: PM to ‘head to Scotland’ for staycation

Boris Johnson is reportedly taking a two-week staycation in Scotland.

The Sunday Times reported the Prime Minister, fiancee Carrie Symonds and their son Wilfred would travel north of the border next weekend for a family holiday.

A Downing Street source declined to comment but did not deny the report.

Speaking last month, Mr Johnson said: "I would encourage people still to think of wonderful staycations here in the UK.

"There are all sorts of fantastic destinations, the best in the world, I would say.”

UEFA will allow us to fill the stadiums by 30%. Matches of national teams in October will be held with spectators
Flick is recognized as the best coach of the 2019/20 Champions League
Lewandowski named best forward Champions League 2019/20
Leo - Cristiano, Chelsea - Krasnodar, Bayern - Loko, Borussia - Zenit: all groups of the Champions League in one picture
Kimmich is recognized as the best defender of the 2019/20 Champions League
UEFA posted a photo of Messi and Ronaldo: together again
Liverpool will play against Atalanta Miranchuk and Ajax in group D of the Champions League
Source https://www.express.co.uk/news/uk/1320514/Coronavirus-latest-news-live-boris-johnson-vaccine-warning-cases-deaths-region-map-update?utm_source=feedburner&utm_medium=feed&utm_campaign=Feed%3A+daily-express-news-showbiz+%28Express+%3A%3A+News+%2F+Showbiz+Feed%29

This is a labouring Newcastle United without a game plan

Where is The Shankly Hotel from The Grand Party Hotel?

Scotland poised for half term 'circuit breaker' lockdown as R rate rises to 1.7

QAnon conspiracy theorists need help – they are the real victims

Coronavirus: Vaccination of UK population could take more than a year, experts warn

No care home visits in Bradford other than in 'exceptional circumstances'

Turkey and Poland added to quarantine list from this weekend

Exactly where Covid is spiking in Cumbria including Carlisle, Barrow, and Penrith

The Queen is selling off land and roads in Accrington from just £1,000

Student 'appalled' by lack of social distancing at Hull University

Lancashire's virus hotspots as hospitalisations increase across the county

NHS Lanarkshire will deliver flu vaccines to those eligible

A look around the £3.5million Lancashire lakeside estate with eight waterside luxury lodges