TIM Metcalfe will beg his mum Elaine to move in with him after he rescues her from the psychiatric hospital.

Elaine - who is played by Paula Wilcox in the ITV soap - will warn Tim not to try and move things too quickly.

Corrie viewers know that Elaine was feared dead for months after she went missing following a terrifying showdown with her abusive ex-husband Geoff, who didn’t want her to give evidence at Yasmeen’s attempted murder trial.

When Tim travelled to Elaine’s home in Bolton, he was dismayed to find a pile of post by the letterbox confirming she hadn’t returned.

But Tim discovered Elaine trapped in a psychiatric hospital last month after he got a call from the police saying they’d found her.

When Tim visited Elaine she explained that she’d tried to return to the cobbles to save him and Yasmeen from Geoff, but that she’d broken down on the way and been taken to the hospital.

Upcoming scenes of Coronation Street will see Tim invite Elaine to move in.

When Sally worries he’s trying to replace the presence of his dad Geoff, Tim remains adamant that it’s a good idea.

But later in the week, Sally continues to worry as it becomes clear that Tim is desperate to make up for all the lost years with Elaine all at once.

Later, Elaine confides in Alya about her reservations when it comes to moving in with Tim.

When Elaine says she doesn’t want to hurt Tim again by rejecting him, Alya encourages her to be honest with him. 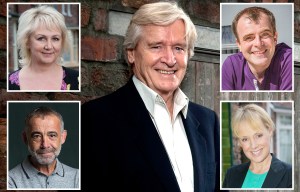 DON'T CHUCK IT IN, CHUCK 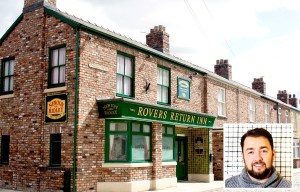 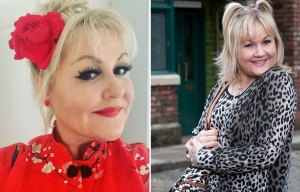 Coronation Street: Lisa George reveals she was left half blind after mini-stroke 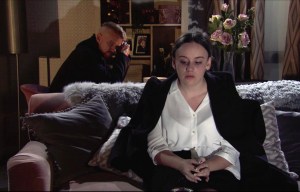 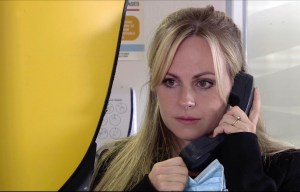 Elaine takes Alya’s advice and tells Tim she’ll always be there for him, but that she’s not ready to move in yet.

How will Tim take the news?

Later in the week, Tim turns his attention towards Faye, suggesting that they should resume their window cleaning round now that she’s quit her job working for Ray.

Andrea Pirlo: Thanks to Conte, I wanted to become a coach. There is a lot of respect and sympathy between us
Gian Piero Gasperini: Miranchuk's goal is to find stability. I have to adapt to his characteristics
Rubiales apologized for the lack of a replay of the moment with the check of the game with the hand of the defender Athletic in the match with Real Madrid
Guardiola on the ban on hugs after goals: The reason for this situation in the UK is not in the players, come on
You can also hand over tickets for Euro and return the money (if the matches are postponed in March, everything will burn out). Instructions
Mark Clattenburg: Klopp knows what he's doing, he's incredibly smart. Jurgen is bad at losing, he and Ferguson have more in common than he realizes
Alex Ferguson: Rooney has had a fantastic career. I hope he can be a coach
Source https://www.thesun.co.uk/tv/13375940/coronation-street-spoilers-tim-metcalfe-elaine-move-in-geoff/