Coronation Street spoilers: Geoff Metcalfe attacks Sally and Tim with a spade after Tim soaks him with an ice bucket

GEOFF Metcalfe loses it and attacks Sally and Tim with a spade after Tim soaks him with an ice bucket next week in Coronation Street.

Geoff - who is played by Ian Bartholomew in the ITV soap - will lose his cool after Debbie stirs the pot and tells him that Sally has been slagging him off.

Corrie viewers know that Yasmeen is in prison awaiting trial for the attempted murder of Geoff after she attacked him in self-defence.

Geoff, meanwhile, is continuing his reign of terror on the cobbles and doing his best to stay involved in his son’s life, despite Tim having made clear that he wants nothing to do with Geoff.

And next week’s episodes of Corrie will see Geoff lose control completely when Debbie starts meddling and winding him up.

The upcoming scenes will see Debbie tell Abi that she’s lost everything and is broke.

But later, she hatches a plan and suggests a garden party at Sally and Tim’s in celebration of Faye’s new boyfriend.

As the party kicks off, Geoff sneaks into the garden and does his best to cause chaos.

Tim is raging when his dad crashes the party and, encouraged by Debbie, picks up an ice bucket and drenches him.

Later, Debbie riles Geoff up further, heading over to his and telling him that Sally has been slagging him off.

Geoff is fuming and bursts into Sally and Tim’s carrying a spade.

Is someone about to get hurt?

Later, Debbie sneakily remarks to Sally that she wouldn’t put up living next door to someone as awful as Geoff. 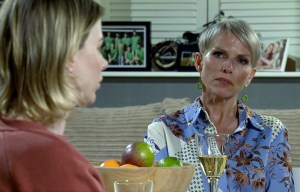 Corrie's Debbie admits she's lost everything as Abi questions her 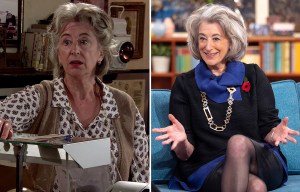 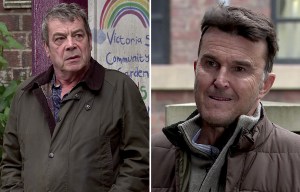 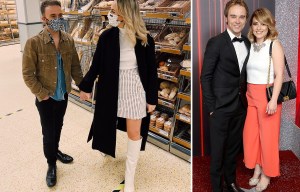 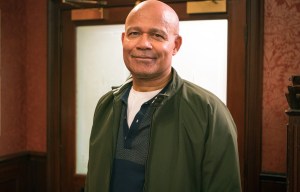 And when Sally reveals they’ve been offered the full asking price for the house, Debbie urges her to accept it.

Is Debbie hoping to profit from the sale of Sally's house?

And how will Geoff react when he discovers Sally and Tim are planning on moving?

Borussia Dortmund presented a collection with Spongebob as part of a deal with Nickelodeon
Woodward on Manchester United and trophies: there is a lot of work Ahead to achieve the stability needed
Neuer - best goaltender in 2020, Alisson-2nd, Oblak-3rd (ESPN)
Liverpool are Interested in 21-year-old Leipzig defender Konate
Niko Kovac: I'm Waiting for Golovin to return. But it might be better to wait another week or two
Suarez's Italian language examiners were suspended for 8 months. An investigation is underway against the Director of Juve Paratici
Zinedine Zidane: I Never felt untouchable at Real Madrid. Criticism is normal
Source https://www.thesun.co.uk/tv/13007498/coronation-street-spoilers-geoff-attacks-sally-tim-spade/

What Newcastle's 5% council tax rise will mean for you

Pedestrian suffers 'catastrophic injuries' after being hit by speeding driver