THINGS finally start to look up for Gemma Winter next week in Coronation Street when she finally seeks help for her postnatal depression.

The new mum has been dealing with mental health issues on her own for months as she’s struggled to cope with her babies and bullies.

Corrie viewers watched the pressure slowly mount on Gemma as she was left to care for four babies.

Things worsened for the new mother when she started to get picked on at her parent and baby group after falling asleep during storytime.

Her anxiety came to a head recently when she woke up from a terrifying dream that she’d put baby Aled in the washing machine.

Stumbling downstairs, she wasn’t sure if her dream was a reality and was relieved to see Chesney feeding the baby.

At first, viewers watched Gemma refuse to accept anything was wrong.

But with mum Bernie’s help, Gemma is slowly coming round to the idea that she might be battling mental health issues.

Next week’s episodes of the ITV drama will see Dr Gaddas tell Gemma that she is indeed suffering from postnatal depression.

Gemma breaks down back at home and Chesney comforts her.

Bernie then tells them she’ll cover Chesney’s job at the kebab shop to give them a bit of time together with the quads.

Gemma’s touched and feels supported by her family.

Speaking about the storyline to Digital Spy, Dolly-Rose said: "Gemma finds it quite comforting to meet other mums who seem to be supportive of her and meet other mums who are going through similar struggles to her – and that is just with one baby. She had felt very isolated as she doesn't have friends who have babies.

"On the face of it, Vanessa and Imogen are not Gemma's usual type of people. They seem very posh, neat and tidy and well put together. They look like they are in control and are breezing through motherhood, so in some way they are what she aspires to be. 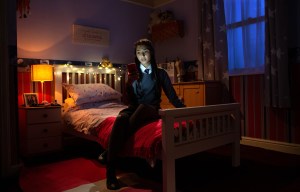 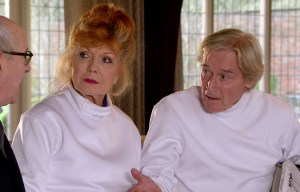 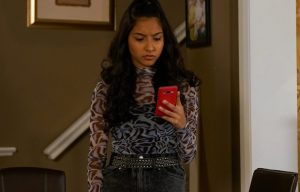 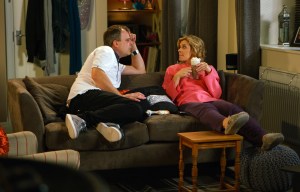 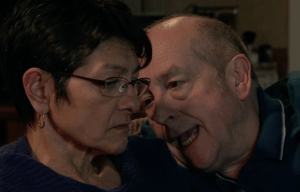 "They are the Freshco's personified. So to be accepted on the face of it by these yummy mummies makes her feel great and less alone.

Dolly-Rose added: "They like her because it gives them someone to look down on. She makes them feel better about themselves because they are grateful they are not like her and they are coping better than her."

Hinting at a possible depression storyline, Dolly-Rose said: “Gemma has no idea that this may be a medical problem – she does not know that at this stage.

"Bernie knows her better than anyone and it is going to take someone close to her to recognise what she is going through and that this is more than just struggling with the babies, she does need real help to get through this."

There is a real chance that 50-60 clubs will go bankrupt. The owner of Huddersfield about the consequences of the pandemic
Valverde about the game with Manchester City: we Want to play so that we can go further. Real is ready to do anything for this
Great selection from Roma: KAFU opens up in the box and waits for a pass, but instead Totti and Batistuta score masterpieces
Sabitzer has been exposed to coronavirus in April
In the 90s, the Russian club played in the Finnish championship: the players carried cigarettes, the President went on the field. It ended because of the default
Flick about Holand: it is the first season, so it is too early to compare it with Levandovsky
Felix sprained a knee ligament in training. This is his 3rd injury of the season at Atletico
Source https://www.thesun.co.uk/tvandshowbiz/11320383/coronation-street-spoilers-gemma-postnatal-depression-help/