BRITAIN'S most famous boozer The Rovers Return will tackle the pandemic – by turning itself into a takeaway.

Residents will be filmed tucking into portions of Betty’s hot-pot and downing pints of Newton and Ridley’s ale in their front rooms on Coronation Street.

Actors will return to work on the cobbles next week and the coronavirus will be reflected in new episodes to be filmed in the coming weeks.

Residents will be seen in face masks, the Underworld knicker factory will begin making gowns for NHS staff and there will be social distancing queues outside Weatherfield’s own Co-op branch and Dev’s corner shop.

And ITV source revealed: “The new storylines will tackle the pandemic and the way it is affecting ordinary people – with pubs and restaurants doing takeaways and shoppers having to queue to get their groceries but coronavirus will not dominate the drama.

“But they’ll be Betty’s hotpot on the Rovers’ new takeaway menu and beer to go which will be a first and the staff in the factory will turn their hands to making PPE.”

And John Whiston, Managing Director of Continuing Drama for ITV, told an episode of Good Morning Britain: "The Rovers will be a takeaway place, so will the cafe.

"You will see the odd person wearing a mask out... Underworld may be making PPE equipment.

"If things loosen up then it is easier to build it into the script than to add in social distancing at a later date.

"We will still be changing things up a lot.”

He also revealed the complex problems social distancing had thrown up for the cast and crew of Corrie and Yorkshire-bases stablemate Emmerdale.

He said: “We have put Perspex shields on the cameras, like a motorcycling cowling, but we have had to make a lot of this up ourselves.

“The guidelines have now come out but when we were starting no one had done drama in a socially distanced way.

“Then somebody is handling a letter, the other cast member can’t handle the same letter, so they have to put it down on the table. 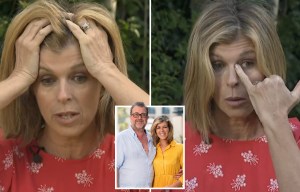 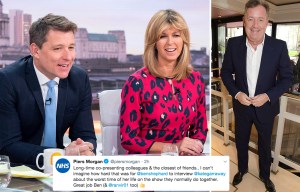 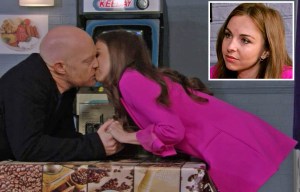 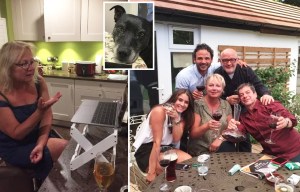 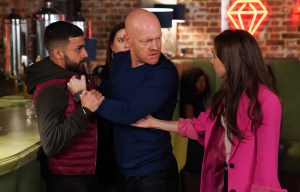 "We then stop filming, take that letter away and put another in its place for the other cast member to pick up.”

Emmerdale stars have already returned to work – with cameras placed on the roofs of buildings on their outdoor set new Leeds.

He added: “It doesn’t look as if everyone is two metres away from each other and I think I’ll get complaints that the characters are too close when actually it is where you put the cameras and how you stage it! The episodes look great.”

Flick about Lewandowski and the Golden ball: Why not? He laid the foundations
Jurgen Klopp: my two main Champions League favourites are Bayern and Manchester City
Cheryshev made an assist in La Liga for the first time since September
Muller of the victory in the German Cup: a Bit of a sad moment. There were no fans in this final
Lampard on 3-0 with Watford: a dry Win at home, three goals scored-Chelsea played very well
Pulisic on 3-0 with Watford: Chelsea needed this win. We are confident that we can get into the top 4
Rebic scored 9 goals for Milan in 11 Serie A matches
Source https://www.thesun.co.uk/tvandshowbiz/11793525/coronation-street-corrie-rovers-return-pub-takeaway-coronavirus-pandemic/

Doing the dusting, and other strange new thrills

Facebook is out of control. If it were a country it would be North Korea

Jim Steyer: the man who took on Mark Zuckerberg

‘Slums of the future’ may spring from relaxed UK planning rules, experts warn

The heat's back on: our insiders' guide to 2020's best summer culture