Corbyn vs Corbyn: Jeremy heckled by own brother Piers as row explodes in Brighton 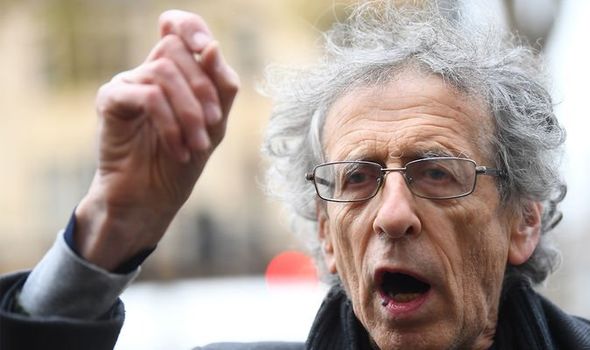 Piers Corbyn heckled his own brother as he addressed the event (Image: PA)
Sign up for FREE now and never miss the top politics stories again

A family row took centre stage in Brighton this afternoon as the former Labour leader was jeered by his sibling.

Jeremy Corbyn was speaking at Momentum's The World Transformed event when Piers started to disrupt a panel discussion on climate change.

The 74-year-old had to be removed from the event following his outburst.

Piers is a notorious denier of global warming, who has long held the view that climate change is natural.

Ahead of the debate, taking place at a Momentum festival running alongside the Labour Party annual conference, the conspiracy theorist was handing out leaflets titled "Man-made climate change does not exist".

He claims "CO2 levels are an effect not a cause of changes in climate" and that "it is the sun that drives climate".

Piers has gained extra publicity in recent months after taking part in multiple anti-lockdown rallies and being a vocal anti-vaxxer.