During a live television election clash, the hard-Left Labour leader insisted he would “remain neutral” in the Brexit debate should he become prime minister.

He also signalled that a Labour government under his leadership could also allow a fresh referendum on Scottish independence within three years of taking power.

His sudden policy shifts came during a hostile onslaught from members of the studio audience during last night’s BBC1 Question Time debate between the leaders of the Tories, Labour, Lib Dems and SNP.

One questioner called his “reckless socialist ideas” frightening while another tore into “misoginy and anti-Semitism” in Labour ranks.

The two-hour programme, filmed in Sheffield, often descended into angry and acrimonious exchanges as audiences subjected all four leaders to a series of hostile questions.

Boris Johnson savaged Mr Corbyn over his confession that he would remain “neutral” in a second EU referendum campaign.

“Mr Corbyn’s position seems to have mutated tonight. He is now going to neutral on a deal he is going to do,” the Prime Minister said.

“It don’t think it is sensible for this great country of ours to spend the next year on yet more delectable disputations about the EU and have another referendum on Scottish independence.”

Mr Johnson told the 150-strong audience: “The other three party leaders want to block Brexit or, absurdly, want to have a second referendum.”

Asked how important it was for someone in his position to always tell the truth, Prime Minister Boris Johnson said: "I think it is absolutely vital. 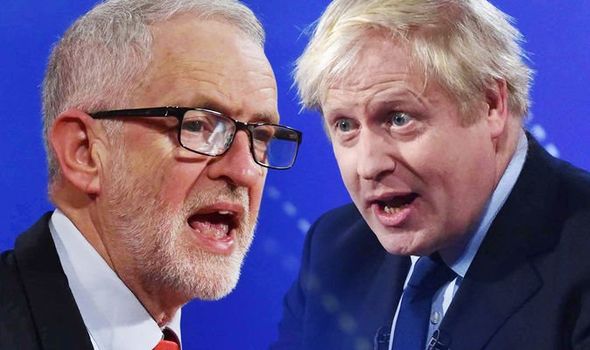 "And I think that the issue of trust in politics is central to this election.

"And fundamental to the corrosion of trust in politics at the moment is the failure of politicians to deliver Brexit."

During his half hour in front of the audience, Mr Corbyn, a hardline Left-wing Eurosceptic before becoming Labour leader, faced laughter and groans over his equivocal EU stance. 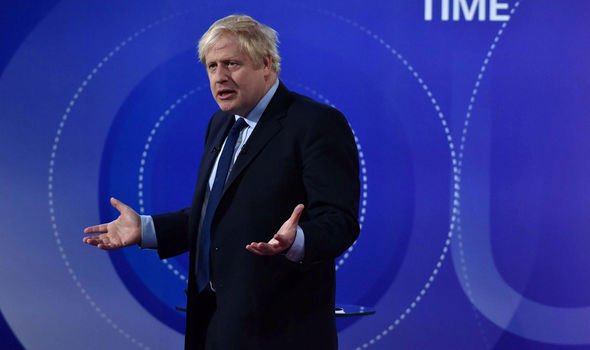 Boris Johnson told the audience that 'the issue of trust in politics is central to this election' (Image: PA)

Daniel Holt, a member of the audience, asked him: “Will you campaign to Leave or Remain in the EU? Why would anyone vote Labour without getting the answer to that question?”

Mr Corbyn insisted he had tried to “bring people together” and claimed he could “negotiate a credible deal with the EU”.

Bristling laughter from the audience, the Labour leader said: "I'm trying to answer the gentleman's question.”

He added: "My role and the role of our government will be to ensure that that referendum is held in a fair atmosphere and we will abide by the result of it.

"And I will adopt, as prime minister, if I am at the time, a neutral stance so that I can credibly carry out the results of that to bring communities and country together rather than continuing an endless debate about the EU and Brexit." 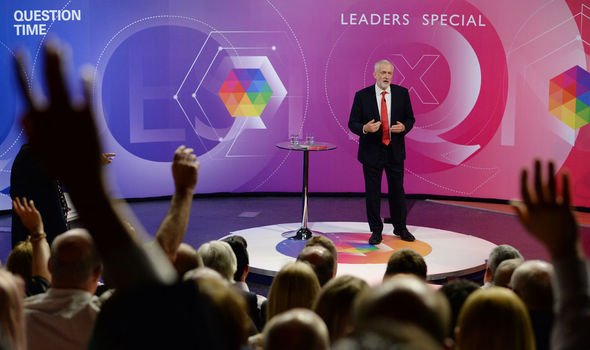 Presenter Fiona Bruce pressed him: “Just to confirm, you will stay neutral in a second referendum?”

Questioned about his stance on Scottish independence, the Labour leader claimed he would not allow a referendum on the issue “in the early years of a Labour government.”

Pressed by Ms Bruce about what that meant, he said: “Not within the first two years, at least.”

In the opening exchanges, the Labour leader appeared shocked on facing a string of attacks from audience members.

His first questioner, Ian Parkin, asked if “businesses be frightened of an incoming Labour government.”

Another questioner asked: “To be honest Mr Corbyn, I don’t think it’s businesses that should be scared, I think it’s everyone.

“Your reckless socialist ideas are genuinely terrifying to me, my family and my friends and I think freedom will completely erode if they let you have the keys to Number 10.”

A bruised Mr Corbyn replied: “I can’t understand everything that is going on your mind that you makes you say that. Maybe we can talk about it later.” 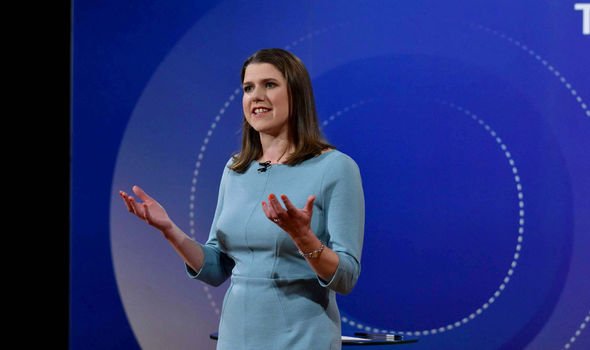 Mr Corbyn also faced an angry onslaught from an audience member over “misogyny” and “anti-Semitism” in Labour ranks. The questioner raised the issue of the Jewish Labour MP Ruth Smeeth, who was heckled after speaking out about abuse she suffered.

The audience member said: "I look at a video of Ruth Smeeth online where she was in a press conference with you and Ruth Smeeth, a Jewish MP, was heckled out of that press conference... and there you are at the end of the press conference chatting happily to that same heckler. I don't buy this nice old grandpa, I see that video and that tells me all I need to know."

Responding, Mr Corbyn said: "Nobody should suffer any abuse in public life or privately," adding: "Many women Labour MPs, Ruth Smeeth included and others have suffered the most unbelievable levels of abuse.

"And it was a Labour MP Jo Cox who was murdered because she stood up in public life. I simply say to you that bad behaviour, misogynism, racism in any form is absolutely not acceptable in any form whatsoever in my party or in society."

Mr Corbyn was given a clear offer of possible support in a hung parliament from SNP leader Nicola Sturgeon during the show. 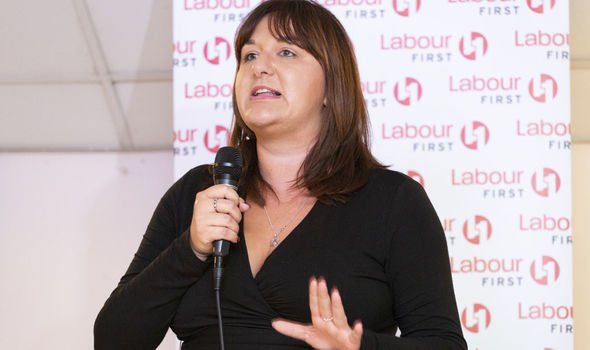 She said her party may hold the balance of power if there is a hung parliament and she would “use that influence” to make her demands for a second independence referendum.

The Scottish First Minister said she would expect Mr Corbyn to “respect the right” of the Scottish people to "choose their own future".

She told the Question Time audience the two parties both wanted to make health and welfare reforms.

Ms Sturgeon said she did not believe the Labour leader would “walk away from the chance” to hold power to push through reforms “simply because he wants for a couple of years” on the timescale for a rerun independence poll.

“Jeremy Corbyn supports the right to self-determination for almost every other country in the world. I’m not sure he is going to compromise the chance to have a Labour government for that issue,” she said.

“I lead a minority government in Scotland so I know the compromises that you have to make to govern in that situation.”

Ms Sturgeon said that while she backed a so-called confirmatory referendum on Brexit, she did not support holding one on a Scottish exit deal if the country voted for independence.

The SNP leader said she expected to strike a “less formal” agreement with Mr Corbyn than a full coalition agreement.

Ms Swinson said: "We are being very straightforward as a party that we want to stop Brexit. 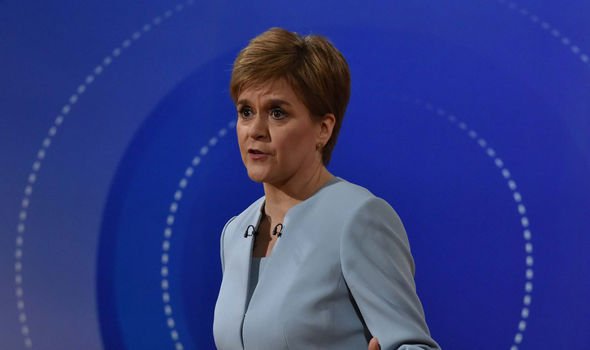 "I don't think you can accuse us of not being upfront about wanting to stop Brexit. We've been crystal clear about that from the very beginning.

"Not for one second do I think that means that you or anybody like you is stupid. I think it means we disagree."

One angry audience member, referring to the result of the 2016 EU referendum, told her: “You can disagree with me, but you lost.”

The questioner said the policy was “undemocratic from somebody who wished the last three-and-a-half years had never happened.”

Critics last night raised questions about the makeup of the audience after several questioners appeared to be party activists asking scripted questions.

Robbie Gibb, former communications chief to Theresa May and a ex-BBC executive, said: “This audience feels like it’s full political activists rather than typical voters.”

Following the programme, Foreign Secretary Dominic Raab said: "How can you be a leader if you are neutral on the biggest issue of our time?"

Health Secretary Matt Hancock said: "Corbyn proved all he has to offer is more dither and delay on Brexit.

"If he becomes Prime Minister politicians will just go on arguing while other important issues get ignored."

Messi leaves Barca for at least the fourth time. For sure, everything will end up with a reconciliation and a new contract again
Atletico has introduced a new home kit. It is red and white with a blue collar
Milik agrees to move to Juventus. Napoli can get Bernardeschi or Pellegrini
Real Madrid players and coaches will not receive bonus payments if they win La Liga or the Champions League
Griezmann's sister will meet with Barca's management. They can discuss the player's transfer to another club
Jurgen Klopp: We are not thinking about next season, but about this one. There is much more to come
Inter is ready to buy out Sanchez from Manchester United for 20 million euros (Goal)
Source https://www.express.co.uk/news/politics/1208196/Election-news-Brexit-jeremy-corbyn-bbc-question-time-boris-johnson-jo-swinson-sturgeon?utm_source=feedburner&utm_medium=feed&utm_campaign=Feed%3A+daily-express-news-showbiz+%28Express+%3A%3A+News+%2F+Showbiz+Feed%29