A West Sussex start-up has steered its way to success with a bridge kit for seamlessly installing John Deere guidance in tractors made by all major competitor brands.

Deere has been selling its autosteer system since the tail end of the last century and while some may argue that Greenstar isn’t the best on the market, its simplicity – coupled with the firm’s domination of the UK tractor market – means it remains a very popular choice.

With many farms and contractors running mixed fleets, one of the bugbears for Greenstar users is its lack of compatibility with autosteer-ready tractors from other brands.

In 2018, Farmers Weekly reported on a Canadian farmer who had come up with his own solution to this problem – the Agra GPS JD-Bridge system.

He had essentially cracked the languages of various brands’ Canbus systems – the communication element between the controls/user interface and the mechanical components – then wrote software that translates it to be understood by John Deere’s system.

When Chaunce Barrett needed to source a similar solution for his father’s West Sussex contracting business, he saw an opportunity to produce something similar in the UK. He set about developing his own version in 2018, while studying for a BEng degree at Harper Adams University.

Since graduating in 2019, Mr Barrett has been able to concentrate fully on the Solsteer Greenstar Conversion system, and there are now more than 500 units working in the country. When including growing exports to Europe, North America and Australia, the total is more than 1,000.

How was it developed?

The home business was running a mixed tractor fleet for its contracting duties, which major on silage and baling.

They wanted to use the user-friendly John Deere guidance system – including a Starfire receiver and in-cab monitor – in their autosteer-ready Fendt tractors.

While Mr Barrett remains fairly tight-lipped on the full development process, he says it involved many hours on a laptop combing through the programming data on Fendt’s Canbus system. 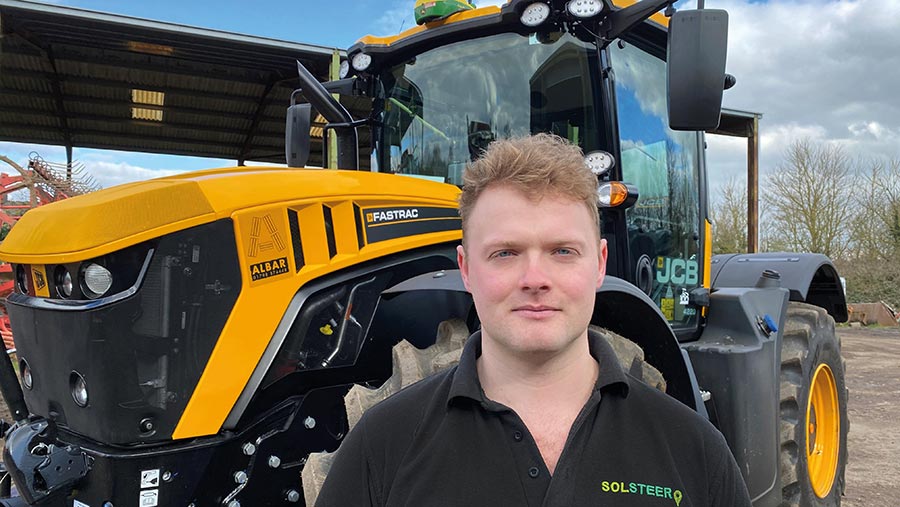 Once the data was untangled and understood, Mr Barrett could use the programming skills honed at Harper Adams to write the software that would facilitate the flow of data between the John Deere and Fendt systems.

This software is stored on a small computer which is connected to both systems via a wiring harness in the cab.

Mr Barrett says: “It took a long time to get the first one right – perhaps a year of testing within my dad’s business – but it’s pretty good now and well worth all the effort.”

Since the first iteration of the Solsteer setup, he has managed to decipher the data on all major modern autosteer-ready tractor models, including the whole Agco stable, CNH, Claas and JCB Fastracs.

Users of CNH and Claas combines and foragers, Agrifac and Rogator sprayers, and Krone foragers and self-propelled mowers can also benefit. 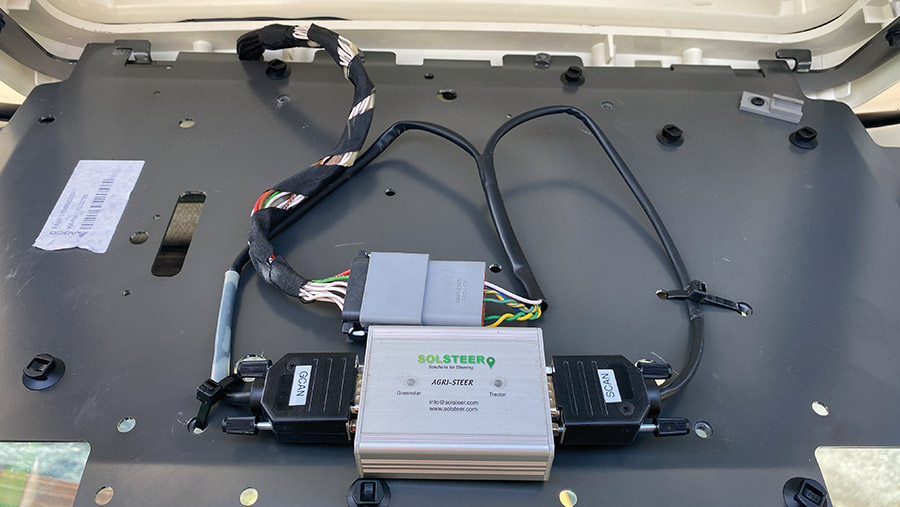 Just about the only popular machines that aren’t compatible, unless modified, are some of the British-built self-propelled sprayers, which until now have tended to sell fewer units that are autosteer ready.

“All the manufacturers are slightly different and there are even differences between brands across CNH,” Mr Barrett says.

“The architecture is essentially the same, with a hydraulic valve and wheel angle sensor, but the way the computer communicates to make it work is slightly different for each model.”

For machines not geared up for autosteer, Solsteer is now offering a conversion kit which includes the hydraulic valves and a gyroscopic steering sensor that fits on to the axle’s kingpin.

In a further evolution of its offering, Mr Barrett has programmed a stack which enables the operator to set up and calibrate implements through the John Deere display via an Isobus interface.

Where required, this means section control and variable-rate applications can be run through the JD monitor, too.

Claas and CNH combine users can also record yield data through the John Deere display and, with the relevant JD Link module, can transfer all the data into the cloud.

Mr Barrett has spent many hours scratching his head over automatic turns and headland implement management, which he has now perfected for all compatible tractors. Along with the Isobus interface, this comes as an additional, unlockable feature. 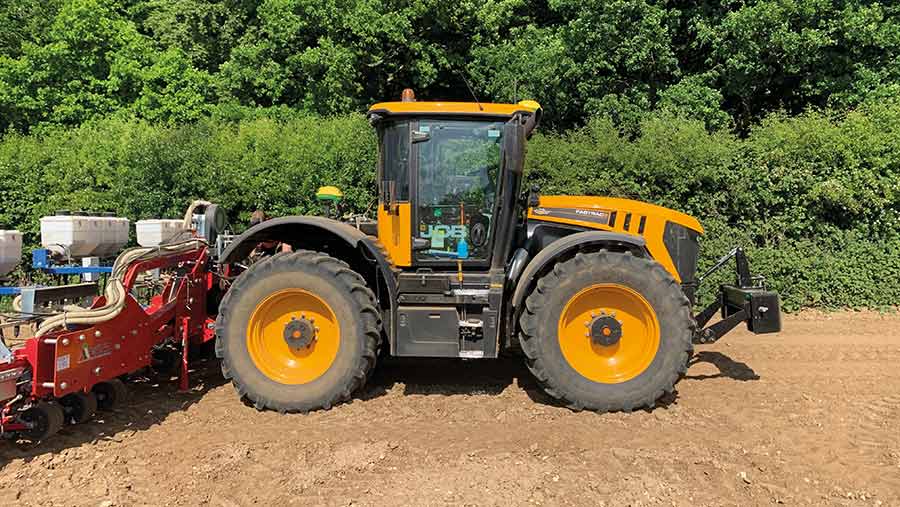 On Fastracs that have rear steering capability, there is an option to put a receiver over the rear axle so it can operate independently of the front axle.

This ensures mounted implements stick to the A-B line on slopes and is particularly useful for those operating in bed systems, with some Shropshire spud growers already taking advantage of the feature for ridging.

In the UK, almost all Solsteer kits are sold and supported through the John Deere dealer network, although some requests will come through other brand franchises.

Prices depend on whether the machine is autosteer ready or not, what features are specced, and what type of wiring harness and mounting brackets are required.

For a new, autosteer ready tractor, buyers can expect to pay about £2,500 plus installation costs. That figure will be slightly higher if hydraulic kits and more complex wiring is needed.

Unlock codes for functions such as headland management are provided for £200 each.

Gavin and Stacey star hints there may be another special episode

People in 30s could be vaccinated next month, says JCVI

Driver of black Audi ran away from officers in Darwen