CONOR McGREGOR has been told to focus on the lightweight division by UFC boss Dana White having been called out by Kamaru Usman and Anderson Silva.

McGregor has already been told he is next in line for the lightweight title, which will be contested for in September by champion Khabib Nurmagomedov and Justin Gaethje, who won the interim strap this month.

The 31-year-old Irishman is expected to fight once more before challenging for the 155lb belt, and was even offered a shot at the welterweight crown by champion Kamaru Usman.

Middleweight legend Anderson Silva then called out McGregor - who accepted before appearing to confirm he would even step up to 185lb, despite not fighting over the 170lb welterweight limit.

But UFC boss White has urged The Notorious to to solely focus on the lightweight scene, a division he has not won at since winning the title in November 2016.

White told ESPN: “So Conor and I have not talked about fighting.

"If you’re Conor, and you’re sitting at home, everybody is calling you out, in every weight division.

"I mean, who’s gonna call him out next? It’s crazy. And you know Conor and his personality, he’s going to respond to it.

“Conor and I have not talked about a fight. I think what Conor needs to do is sit back, let a lot of these fights start rolling out.

"Obviously, the most important division, the 55-pound division and see what plays out for him.” 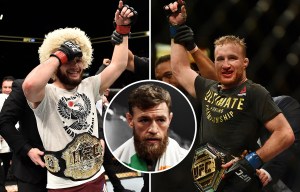 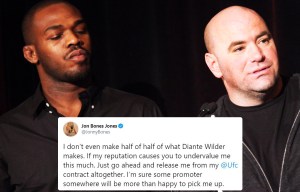 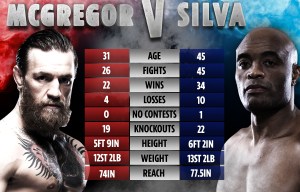 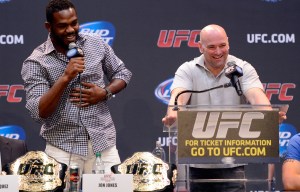 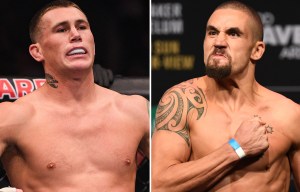 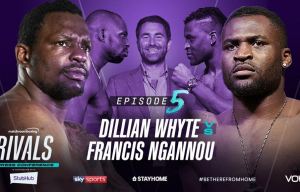 McGregor vs Silva: Tale of the tape reveals how close fight could really be 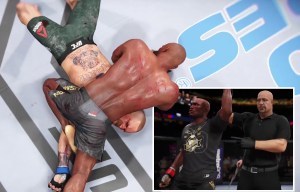 McGregor appeared to set his sights on the lightweight division after Gaethje beat Ferguson at UFC 249.

The Irish southpaw slated Nurmagomedov, Gaethje, Ferguson and old rival Dustin Poirier, as he vowed to reclaim the title.

He then revealed plans to move up to welterweight once he has completed a "demolition job" on his 155lb rivals.

After this division demolition job.
It is 170lbs.

Trent on motivation: Ronaldo and Messi never relax. The more you win, the more you want to continue
Conte on criticism: attack me, Not the club or my players. There are people who want to see the glass half empty
Ancelotti on Everton: we are Happy to qualify for the Europa League
Christophe Dugarry: Setien is simply incompetent. I'm sure he has nothing against Griezmann
Sane went to Manchester City because of Guardiola, and now he is going to Bayern because of him. Why so?
Pep Guardiola: Sancho has decided to leave, why should he come back? He didn't want to be in the city
Arteta on the absence Gendusa in the application: Some things should change, but they don't
Source https://www.thesun.co.uk/sport/mma/11744243/mcgregor-lightweight-ufc-usman-anderson-silva/

US facing new coronavirus surge as 'things never got down to baseline', warns Dr Fauci

Man 'slashed and stabbed' in daylight attack in Paisley street

Government prepares school 'overhaul' so children can return in September

Luis Suarez's most 8 controversial moments on anniversary of handball incident

Hull toddler gets adorable surprise from bin crews he idolises

Markets rally ahead of US unemployment report - business live

Blackpool's Dutchman Hotel with 6am nightclub licence is on the market for £795,000

British man, 40, dies after falling down open manhole in the Costa del Sol

Liverpool prepare for controversial ref that left them fuming before

Teenager, 18, charged with murder of both Bibaa Henry and Nicole Smallman in Fryent Country Park

Holidays 'to be allowed in 75 countries' as air bridges scrapped

I'm the first black author to win book of the year. I'm proud, but not completely happy

How Klopp-ball: Merseyside edition was launched by Liverpool at the Etihad | Sachin Nakrani

'Don't go crazy' warning for drinkers ahead of pubs reopening

Brits will be able to holiday 'quarantine-free in 75 countries'

Wythenshawe ICU nurse on the heartbreaking reality of coronavirus

New experience awaiting visitors to galleries and museums when they reopen

The new experience awaiting visitors to galleries and museums

Kelly Clarkson will be 'stronger' after divorce from Brandon Blackstock

Hong Kong : 3m residents invited to live in UK; Brexit not racist after all