CONOR McGREGOR has challenged Dustin Poirier to a charity MMA fight - only days after claiming he is fighting Manny Pacquiao.

Notorious looks desperate to end his self-imposed exile from the ring and octagon after announcing his retirement in June.

McGregor, 32, has not fought since he swatted away Donald Cerrone in 40 seconds at UFC 246 in January.

And now he is all set to battle ex-interim UFC lightweight champ and rival Poirier, 31, in a charity fight that has "zero to do with the UFC".

McGregor tweeted in response to a post Poirier sent: "Hey bro! You want to do an MMA charity fight? Zero to do with the UFC.

"I will donate half a mill towards your charity for it. Sell it on PPV or work a TV deal and we work out other charities that are close to my heart also. I am engaged in many.

"I will arrange all travel fare for you and family. 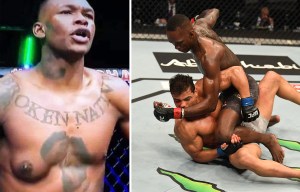 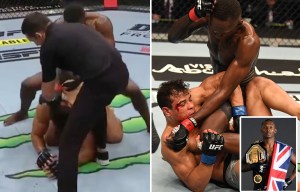 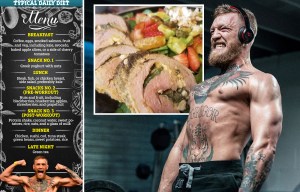 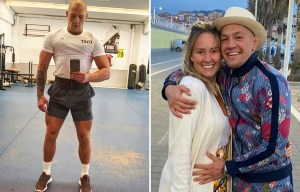 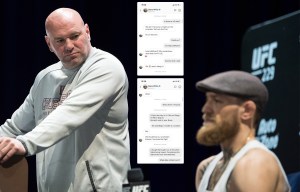 Poirier responded: "I'm in! Let's do it! A lot of people will benefit from this @TheGoodFightFDN."

One fan asked Poirier: "Did we just get the fight we all wanted?"

And he replied with a gif with the message: "Yep."

So it seems all set, with Poirier telling fans: "December 12 circle your calendars."

McGregor and Poirier clashed at UFC 178 in September 2014 with the Irishman knocking out the Diamond in the first round.

A potential spanner in the works that could stop the fight, though, is their contract to the UFC.

Boss Dana White - who slammed McGregor for sharing photos of their private conversations - has both men under exclusive contract, so reports say it is unlikely he would give his blessing to the fight.

McGregor - who recently showed off his dramatic new look - has been busy on social media this week.

He delivered the bombshell Pacquiao announcement out of the blue and Audie Attar, who represents both men, confirmed talks are taking place.

Attar claimed the boxing match would take place in December or January - so it could be a busy Christmas period for McGregor.

Naumov about the defeats of Zenit, Loko and Krasnodar in the RPL after the Champions League: Lack of professionalism in the players and the ability of the coaches
Ronaldo violated the coronavirus Protocol. An investigation is underway. Italian sports Minister on the departure of the player from Turin
Sports Director of Khimki about 2:0 with Rostov: We proved that we are a team and can win on the road
Jaka defeated Arsenal and Leicester did not create anything except the goal. We will try to take points from Manchester United
Pirlo about 1:1 with Verona: Juve do not need a slap in the face to Wake up and play intensely
Everton and Liverpool in the top 2 at the end of the round in the Premier League for the first time in 27 years
Arteta about 0:1 with Leicester: I Don't know why the hell our goal was canceled. It is difficult to create space when 10 people are sitting behind the ball line
Source https://www.thesun.co.uk/sport/mma/12795490/conor-mcgregor-poirier-charity-fight-ufc/