CONOR McGREGOR has revealed his kids will NOT be in attendance for his upcoming fight against Dustin Poirier.

The Irish fighter returns to action this weekend after a year away from the sport when he will run it back with the American fighter.

But McGregor says that Conor Jr and Croia will be staying in their hotel room as their dad takes part in the UFC 257 main event.

The two-time UFC Champion revealed that his kids do watch and both his daughter and son are in Abu Dhabi for the event but are too young to attend the bout.

Speaking at a press conference before the fight, he said: "My kids will watch. I’m after having them here all fight week and giving them the experience.

"They’re a little young though, I don’t think I’ll have them in the arena for the actual bout but they’ll be watching their Daddy for sure and I look forward to going back after the fight."

McGregor's opponent Poirier says that although his daughter knows he competes in MMA she is not allowed watch her dad fighting.

He said: "My daughter knows what I do obviously but we don’t really let her watch. She helps me take the stitches out when I get back. She knows what is going on."

Michael Chandler and Dan Hooker will compete in the co-main event at UFC 257 and Chandler says that his son will be sleeping while he fights. 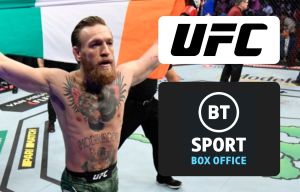 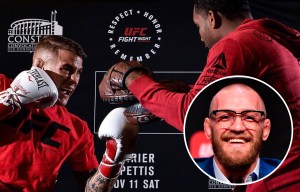 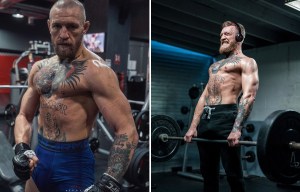 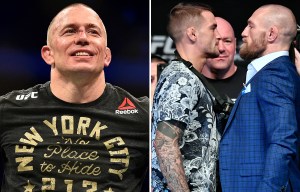 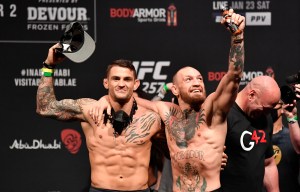 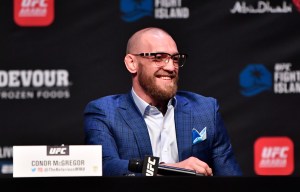 He said: "I know my son will be sleeping but he knows daddy does MMA, he knows what MMA is and we’ll go watch the masterpiece after the fight when I get home and get to spend time with him."

Dan Hooker says that his daughter will be there at the event.

He said: "My daughter will be swinging along with me. She’ll be there."

International travel restart date to be later than 17 May, says minister

More than 40 Gateshead businesses were sanctioned for flouting lockdown rules

How to blur your Zoom background

In pictures: Forensic search teams carry out investigations after 'shooting'

Wirral men aged 20 to 39 'reluctant' to get covid test

Plans for future new hospital in Bradford being explored

Netflix down as hundreds of users unable to watch streaming site

Brothers of murdered James Bulger speak out for first time

Five appear in court in connection with 'serious incidents' in Grangemouth

Your credit report may be wrong; here’s what to do about it

When will Tesco's Easter delivery slots be released?

Yemen’s rebels say latest US sanctions will prolong the war

PMQs LIVE: How did it get in UK? Boris set for Brazil variant backlash as Keir hits out

Rizwan Attaullah, of Batley, jailed after his passenger killed

This Morning viewers reminded why they love the show so much

Netflix down: Streaming site stops working for thousands across the UK

Cold weather paddleboarding: The benefits of a year-round SUP workout

Netflix down in UK as thousands unable to load streaming service

Pregnant pause: How the pandemic dashed hopes of starting families and left fertility in limbo

How did you get on with home schooling? Tell us about it

Livingston vs Rangers live stream, TV and kick off details

Husband says his ‘demanding wife’ is why he carried out £29,000 fraud

Nicola Sturgeon denies she was out to 'get' Alex Salmond