HUMAN composting will be better for the environment than cremation and available in the US from next year, the firm that developed it has said.

The process, engineered by Washington-based funeral company Recompose, allows a body to break down gradually over 30 days, and stops more than a tonne of carbon being released into the atmosphere.

The service is the first of its kind, and is set to be on offer in Washington state from February 2020, the BBC reports.

The composting sees a body laid in a container with wood chips, alfalfa, and straw grass and slowly rotated to help the process of decay.

At the end of the process, relatives can collect the remains to be scattered like ashes after a cremation.

Speaking to the BBC, Recompose chief executive and founder Katrina Spade said that environmental concerns had been part of her motivation for developing the burial method.

"There is a loving practicability to it," she said.

"When I die, this planet, which has protected and supported me my whole life, shouldn't I give back what I have left?

"It is just logical and also beautiful."

'WE WANT TO OFFER COMPOSTING AROUND THE WORLD'

Spade said developing the process had required four years of research to ensure all the products of the decay were safe, and that it had now been piloted on six volunteers.

She said it saved 1.4 tonnes of carbon emissions compared to a cremation, and a similar amount compared to burials given factors like emissions from the manufacture of coffins.

She said the company had had a lot of interest from people who want to minimise their carbon footprint both while they are alive and after they die.

"The legislation to allow this in the state received bi-partisan support enabling it to pass the first time it was tabled.

"The project has moved forward so quickly because of the urgency of climate change and the awareness we have to put it right." 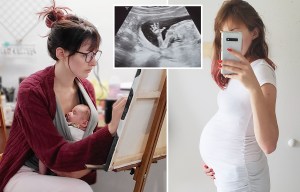 Spade hopes that once human composting is being carried out in Washington, it could spread to other states and around the world.

"We hope to open branches overseas when we can," she said.

Mikel Arteta: getting Arsenal into the Champions League seemed impossible a few weeks ago
Бав Bayern won the gold double in Germany for the 13th time
Neuer provided an assist in the German Cup final with Bayer
Sarri about 4:1 with Torino: Juve had a false sense of security after a couple of goals
Cristiano Ronaldo: I needed to score from a free kick to regain my confidence
After football, Buffon will return to school. He once faced prison for a false diploma
Ronaldo scored the first goal for Juventus from a free kick. There were 43 attempts
Source https://www.thesun.co.uk/news/10977349/compost-funerals-where-loved-ones-break-down-over-30-days-set-to-launch-in-washington/