Nicolás Guerrero, a 26-year-old artist from the Colombian city of Cali, took to the streets on 2 May to protest against the lack of opportunities he saw in his country. He had started a family in Spain that he had hoped one day to bring to South America. But later that night, after riot police launched a brutal crackdown, his near-lifeless and bloody body was strewn across the pavement, with bullet wounds in his head and neck. He died hours later in hospital. 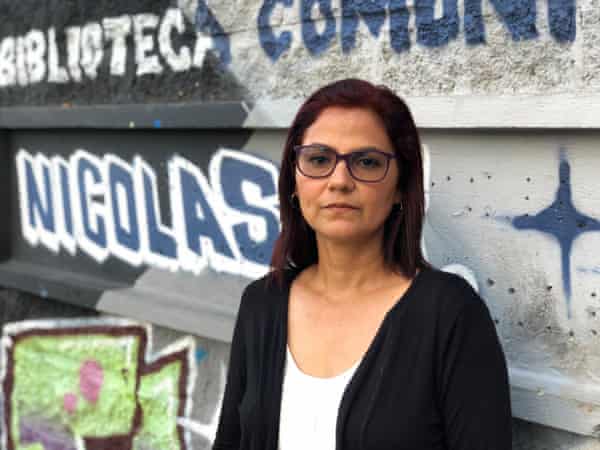 Laura Guerrero, whose son Nicolás was killed during police suppression of protests in Cali on 3 May. Since then she has been on the streets herself demanding justice. Photograph: Joe Parkin Daniels

“He loved Cali, he loved Colombia, and all he wanted was to make life here better,” Laura Guerrero, Nicolás’ mother, told the Guardian at a police kiosk in Cali that was burned out during the protests and has since been converted by locals into a library in her son’s honour. “He died as he lived, resisting.”

The police violence that the younger Guerrero found himself swept up in was not an isolated incident, but part of something systemic and institutional, according to a report published by Amnesty International on Friday.

“The incidents documented were not isolated or sporadic, but rather reflect a pattern of violence on the part of the Colombian authorities, who have responded to the protest with stigmatisation, criminalisation, unlawful police repression and militarisation,” said the report, titled Cali: In the epicentre of repression. Amnesty also described “acts of urban paramilitarism by armed civilians”.

Protests in Colombia began in late April, initially against a tax proposal that has since been axed, though they quickly morphed into a nationwide howl of outrage over entrenched economic disparity. Protesters stayed in the streets for nearly two months, with marches taking place almost every day in major cities. Some protesters put up roadblocks, and some private and public property was damaged. 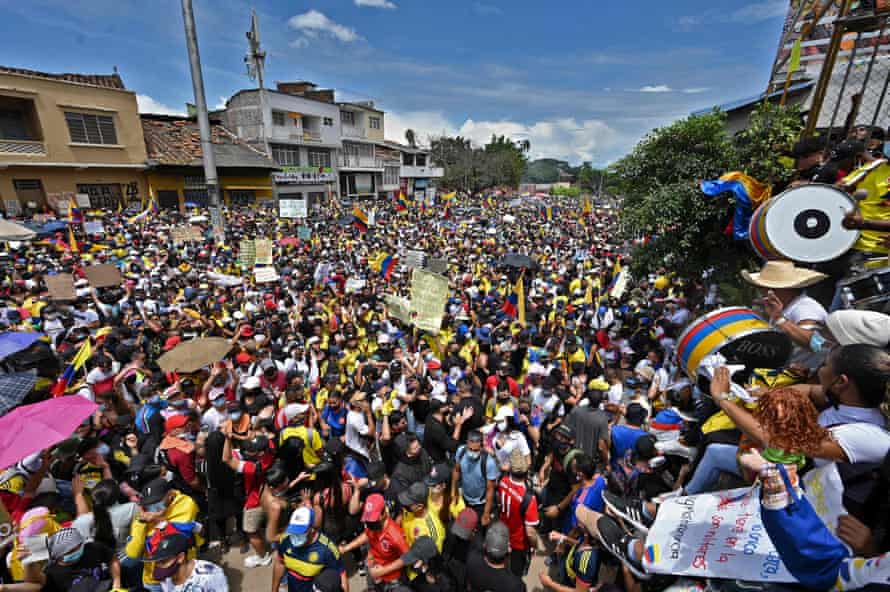 People in Cali protest against a tax reform bill they say will leave them poorer - proposals that have since been dropped. Photograph: Luis Robayo/AFP/Getty

The police response was brutal, with at least 44 protesters killed and 1,650 injured across the country. A recent human rights commission to Colombia made up of delegates from 13 countries found that the authorities were using counter-insurgency tactics honed in fighting the country’s leftist rebel groups against protesters.

“People need to know what is happening here, because we’re not making the dead up,” Guerrero said. “The dead are real.”

Amnesty International said the practices described in its report were representative of hundreds of accounts from protesters and human rights defenders and organisations, and that it had carried out digital verification of audio visual material.

The report comprises analysis of three events that took place during the protests. The first took place in Siloé, a hillside favela in Cali raided by police on 3 May. Then, on 9 May, a caravan of indigenous protesters was attacked by armed civilians as police looked on, with 11 demonstrators wounded. The third was a raid on a neighbourhood near the Valle university, carried out by armed civilians, reportedly in coordination with police. 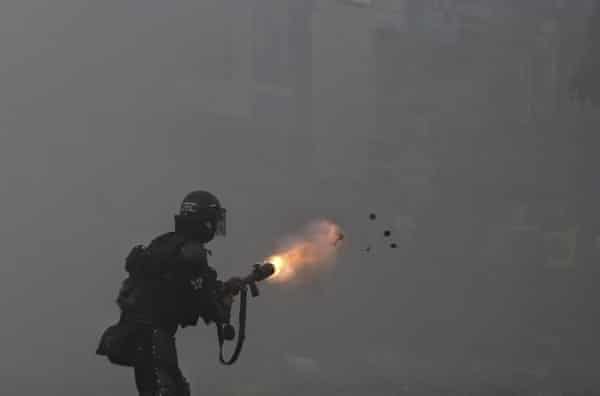 “Under the pretext of restoring order, terrible injuries were inflicted on hundreds of people and dozens of young people lost their lives,” said Erika Guevara-Rosas, Americas director at Amnesty International, in a statement ahead of the report’s publication. “What happened in Cali shows the violent response of the authorities and the true objectives behind this repression: to instil fear, discourage peaceful protest and punish those demanding to live in a fairer country.”

The fact that Cali – the vibrant, lively and self-professed home of salsa dancing – became the hotspot of such violence and repression did not surprise some analysts, who attribute the unrest there to a cocktail of social tensions.

“Cali has a large youth population and this social uprising has been led by excluded young people,” said Alejandro Lanz Sánchez, director of Temblores, a Colombian human rights monitor. He added that Cali also has long been a hub of drug-related violence and inequality, both factors that drove protests.

The reports of police violence are dispiriting for those who hoped for a peaceful future for Colombia when the country signed a historic peace deal with the leftist guerrilla group, the Revolutionary Armed Forces of Colombia (Farc), in 2016. 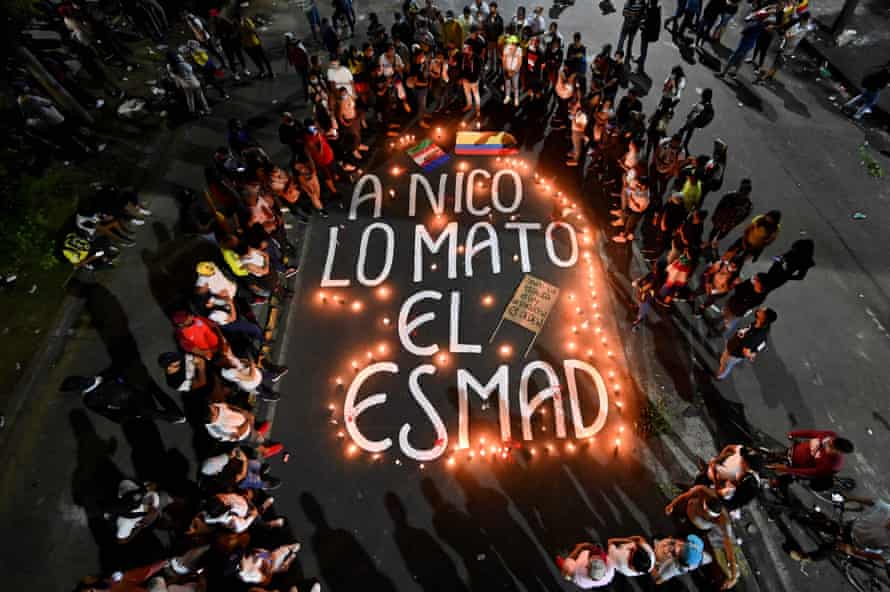 Relatives and friends of Nicolás Guerrero gather around candles surrounding the words ‘Nico was killed by Esmad’ - the Escuadrón Móvil Antidisturbios - the riot control unit of the Colombian police. Photograph: Luis Robayo/AFP/Getty

Many hoped that the deal, alongside formally ending five decades of civil war that killed 260,000 people and forced more than 7 million to flee their homes, would usher in a new chapter in which Colombians would settle their differences with words rather than bullets.

Implementation of the deal has instead faltered during the leadership of president Iván Duque, who took office in 2018 after campaigning on a platform sceptical of the peace accords.

“Let’s not forget that these protests are also against violence and favour of implementing the peace deal,” Lanz Sánchez said.

Colombia’s government has shown steadfast resistance in the face of mounting international criticism. Reforms were announced earlier in July, including new uniforms and human rights training for riot police, though critics say the changes are cosmetic rather than practical.

Earlier this week, border authorities risked diplomatic furore when they moved to expel Rebecca Linda Marlene Sprößer, a German national who took part in protests in Cali and posed for photos with the so-called “Front Line”, an amorphous group of protesters that battled with the police. Ahead of marches on 20 July, police launched a crackdown on alleged Front Line members, having previously labelled them “terrorists”. 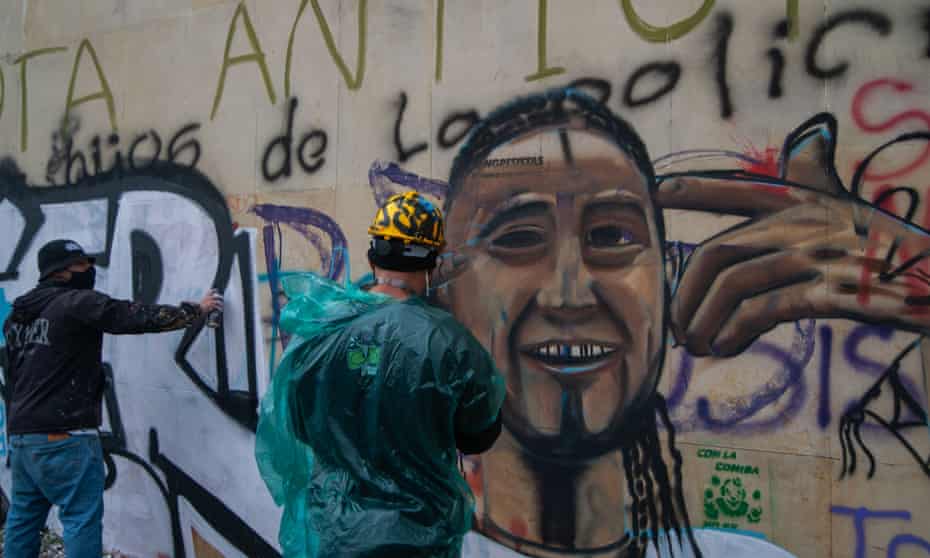 A demonstrator creates a mural with a portrait of Nicolás Guerrero. While the initial spark for the protests has gone, protesters say they are still being intimidated. Photograph: Sebastian Barros/NurPhoto/REX/Shutterstock

In response to the criticisms, police in Colombia have said they have opened 157 investigations of alleged misconduct by officers, including 11 for homicide, but also complained of “fake news,” pointing out that two officers had been killed and another 35 shot during the protests.

For Laura Guerrero, the findings of human rights watchdogs and the intransigence of the government are hardly surprising.

“We’ve long had to live with the abuse of authority, indiscriminate gunfire, disproportionate use of force, and live rounds [fired] against people who throw some rocks,” Guerrero said, just a few blocks from where her son was killed. “We knew that there was going to be fire and blood, because here it’s easier to rain bullets than put food on tables.”