The CNN host made the stinging remarks on Tuesday after Trump made a baseless claim of "massive voter fraud in Georgia," a battleground state clinched by his Democratic rival Joe Biden.

"Called out by a GOP official in Georgia for not condemning calls for violence against election officials, the president responds with the deranged conspiracy theories that are feeding the threats."

"Expose the massive voter fraud in Georgia. What is Secretary of State and @BrianKempGA afraid of. They know what we’ll find!!!"

He was responding to a video shared by a WXIA journalists in which the state's Voting System Implementation Manager Gabriel Sterling tells reporters "it has all gone too far."

Sterling confirmed his own wife received sexualized threats and he now needed police protection during the conference on Tuesday.

"It. Has. All. Gone. Too. Far," says @GabrielSterling with Georgia Sec of State after a Dominion tech's life was threatened with a noose. "Mr. President, you have not condemned these actions or this language....all of you who have not said a damn word are complicit in this." pic.twitter.com/OnHaxgpJx6

"I have police protection outside my house now, fine," Sterling said. "I took a higher-profile job. I get it. This kid took a job. He just took a job, and it's just wrong.

"I can't begin to explain the level of anger I have over this, and every American, every Georgian, Republican and Democrat alike, should have the same level of anger."

Reports indicate that election officials in many key states have had their lives threatened.

Arizona's Secretary of State Katie Hobbs said "abhorrent" escalating threats were made against her and her family on Parler, a social media platform favored by right-wing conservatives. 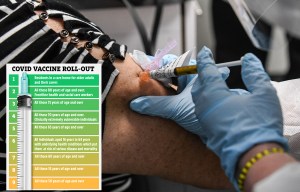 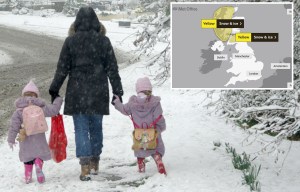 "I was prepared for these threats of violence and vitriol," Hobbs said in a statement. "I have been a social worker for many years and can anticipate this reaction when certain people feel powerless and angry.

"There are those, including the president, members of Congress and other elected officials, who are perpetuating misinformation and are encouraging others to distrust the election results in a manner that violates the oath of office they took.

"It is well past time that they stop. Their words and actions have consequences."

Arizona Secretary of State Katie Hobbs released this statement in response to ongoing and escalating threats of violence directed at her family and her office. pic.twitter.com/SzsRxzvOl1

Antonio Conte: Inter need to do their job better, not look at the defeats of Milan
Stefano Pioli: There is no shame in defeats against Atalanta and Juve. After the second goal, Milan lost faith and did not return to the game
Gasperini on Gomez in Seville: I wish him all the best, wherever he goes
Conte was removed at the end of the match with Udinese for arguing with the referee: Bravo, Maresca, even with VAR it's always you
Gasperini pro 3-0 with AC Milan: One of the best games Atalanta has played in my time. We were stronger in everything
Ilicic about 3:0 with Milan: Atalanta defeated the strongest team in Italy, the leader
Milan won the 1st round of Serie A, beating Inter by 2 points. Juve are sixth with 2 games left
Source https://www.thesun.co.uk/news/13361745/cnn-jake-trapper-trump-grotesque-rigged-election-biden/

Ohio teacher, 30, who had sex with two students in her car and at her home is jailed for two years

The Masked Singer: Who is Dragon? Here’s what we know