CLIVE Lewis last night became the second Corbynista to enter the Labour leadership race — and vowed to be more radical than Red Jez.

But party moderates are delighted at the news as they think it will split the hard-left vote and allow them to take control.

Mr Lewis, one of John McDonnell’s deputies in the shadow treasury team, has been asking trade unions if they will back his leadership bid.
And yesterday, Labour MP Rachael Maskell let slip about his fledging campaign on the BBC.
She said she will be supporting “somebody who is radical, is progressive” and committed to tackling climate change and radical economics.
She added: “I’ll be supporting Clive Lewis.”

Setting out his stall, Mr Lewis told The Guardian Mr Corbyn’s first vow as leader “was not fulfilled”.

He added: “The party was never democratised on the scale that members were led to expect. 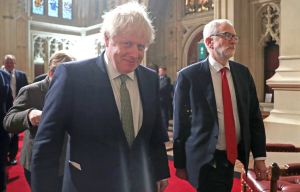 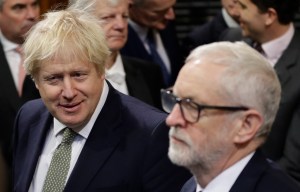 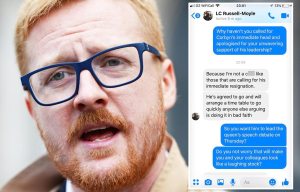 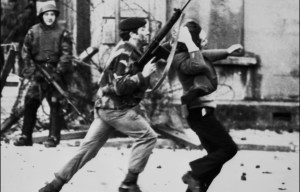 “They were never empowered to campaign, select candidates or determine policy on the scale that was required.”

The move would pit Mr Lewis against felllow leftwinger Rebecca Long-Bailey, who is one of the favourites for the leadership.
It comes as fellow contender Emily Thornberry insisted she is not too posh to be Labour leader by revealing she used to clean toilets on ferries for a living.

She told LBC: “The kids when they got seasick would go into the ladies loos, and I went in one day and every sink was full of sick.
“Every sick bowl was full of sick, every loo was full of sick and as I was standing there, leaning on me broom, a little boy came running in and was sick three times on the floor.
“I thought at that point I may be being paid £180 a week but it’s not worth the money.”

Election loss finally gets to Jeremy Corbyn as he slams car door, ignores Johnson and scowls in Commons

Manchester United is ready to pay about 12 million pounds for Telles. Porto wants 18 million, the player considers the requirements too high
Guardiola on the composition of the city: We have 13 players. We need players from the Academy
Bale on time in Real Madrid: No regrets. I grew up as a person and a footballer
Kolyvanov about Rostov's departure from the Europa League: Karpin will understand the reasons, but such defeats leave an imprint
Lampard on Mendy: Petr Cech is a reference point for any goalkeeper at Chelsea
Balotelli is close to a 1+1 contract with Genoa
Juande Ramos: bale gave a lot to Real Madrid. I am sure he has his own truth in the situation with Zidane
Source https://www.thesun.co.uk/news/10591492/clive-lewis-labour-leadership-race/

Questions remain over Toronto Wolfpack’s figures ahead of crucial meeting

The weirdest dreams and what they really mean

Asda updates shoppers on its new rules including marshals in aisles

'Money is worth nothing now': how Lebanon is finding a future in farming

Discovery 50 review- This British catamaran could win over monohull purists

Thousands of renters in Wales and England at risk as evictions ban ends, campaigners warn

The Dai Young verdict on the five Wales tightheads who now want the No. 3 jersey

Pubs, bars and restaurants- how will new rules in England, Scotland and Wales affect you?

New coronavirus rules- Can I visit Scotland or Wales from England?