CHLOE Ferry has set pulses racing by dressing up as a sexy copper in a skimpy mini dress ahead of her pop career launch.

The Geordie Shore star looked incredible in the sultry snap outside a police station, which she posted to Instagram on Tuesday.

Chloe, 25, donned the skin tight dress and a pair of fishnet tights as she pretended to be a policewoman for a series of sexy photographs.

Posing outside Northumberland station, the brunette accessorised with chunky bracelets and a police hat for the snap.

Wearing her long tresses down over her chest, the reality star accentuated her assets and had her curves on full display in the tiny outfit.

Chloe's look was completed with a glamorous palette of make-up and acrylic nails painted a neutral pale pink.

She suggestively captioned the snap: "You can put me in handcuffs baby."

It comes after the star revealed this week that she would be launching her music career, adding that she already has a single in the bag.

The MTV star recorded a remix of I Love You Baby last month at a London studio - and her good pal Wayne Lineker has helped produce it.

She also worked alongside music stars Damon Hess and Mila Falls on track, which she is hoping will be the song of the summer.

Chloe told The Sun: “I’ve really enjoyed working on this project with them and hope it will be a huge success. Watch this space!”

A source said: “After talking about her love of music with Wayne when they met on Celebs Go Dating, they decided to contact Damon.

“It’s been full steam ahead since then. Now they have finalised the track.

“Everyone who’s heard it thinks it’s going to be huge this summer and she’s hoping to release it at the same time as she launches her swimwear line - and she’s picked Wayne’s club Oceanbeach as the venue." 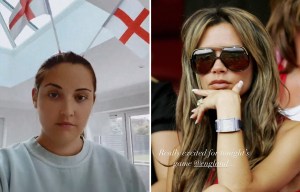 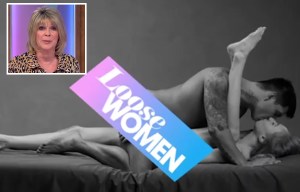 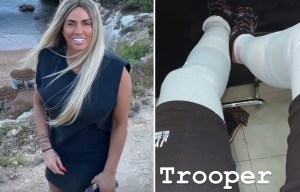 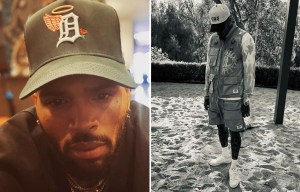 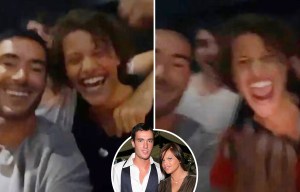 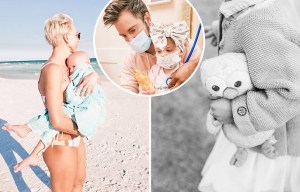 Chloe, who is currently filming the latest series of Geordie Shore, grew close to Wayne while staying in the Celebs Go Dating mansion.

Wayne has since returned to Spain where he is waiting to get the green light to open his clubs once more.

Inside Chloe Ferry's new £1.1m dream home as she gives fans a tour of the mansion