CHINA'S terrifying new stealth bomber will be capable of launching a sneak nuclear strike on Pearl Harbour, it's feared.

The state-of-the-art H-20 can carry a massive weapons payload of 45 tonnes and fly up to 7,500 miles without refuelling, say worrying reports.

The 630mph war machine has a “truly intercontinental” capacity expanding its reach far beyond China's seaboard, according to a leading think tank.

Although it is still under development, the Pentagon fears one day it will be able to target US overseas territories such as Guam.

Other analysts believe its range will easily bring Hawaii - 6,000 miles away - into reach in chilling echoes of the 1941 attack by the Japanese.

The bomber's deadly potential is highlighted in a report by the London-based Royal United Services Institute for Defence and Security Studies, reports the South China Morning Post.

The PLAAF is designed to be a regional force capable of missions on the first island chain – ranging from the Kuril Islands to Japan and onto the Philippines.

“The H-20, by contrast, would give China a truly intercontinental power-projection capability,” the report said.

Plans for the H-20 were first announced in 2016 and the nuclear bomber may be ready to enter service in five years.

The wings have been modelled on the US Northrop Gruman B-2 Spirit stealth bomber.

Reports have said the H-20 will be able to deliver a payload of 45 tonnes, including nukes, and fire hypersonic cruise missiles.

Its eventual unveiling is a huge milestone for the Chinese Air Force.

Last month, Vladimir Putin hinted about a future military alliance between Russia and China that would be more powerful than the US. 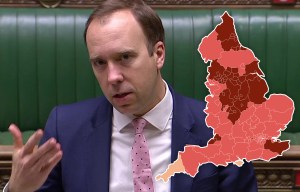 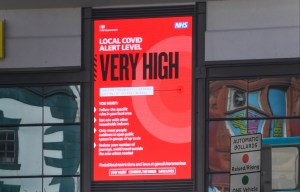 What coronavirus tier is MY area? Full list of every area in England 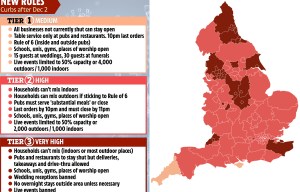 What tier am I in? Map reveals your local tier after postcode checker crashes 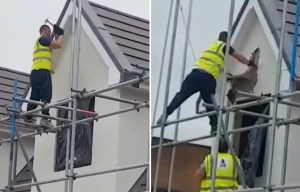 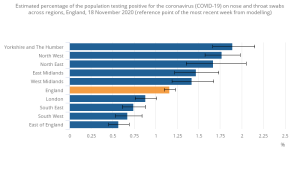 The two superpowers combined would outnumber the US Army some two to one, have three times as many tanks and warships, and have more nuclear weapons.

China and Russia have the world's second and third most powerful militaries - and a formal alliance could help tip the scales against the US.

Putin signaled deepening ties between Moscow and Beijing as both have ongoing tensions with Washington.

Klopp on Alisson: My God, what a goalkeeper! Needed him at 2 points Manchester United
Eldor Shomurodov: Torres and Drogba are my idols. Would like their autographs
Alaba is almost real. It seems that instead of Ramos: Sergio will not be able to replace directly, but will affect the team through a change in style
Alaba's father on Real Madrid: The contract has not been signed, the decision has not yet been made. There are other clubs
Alaba has not yet agreed with Real Madrid. The player is in talks with Barca, City, Manchester United and PSG
I'm the girl who lost her mother. The Athletic forward received a touching letter after the winning goal in the Super Bowl
Atletico want to extend Simeone's contract until 2024. The coach is ready to reduce the salary due to the crisis
Source https://www.thesun.co.uk/news/13303935/china-new-stealth-bomber-nuke-pearl-harbour/