CHINA blasted Britain’s “Cold War mentality” after Boris Johnson pledged to let up to 3million people from Hong Kong flee to the UK.

The PM gave British National Overseas passport-holders the right to come if Beijing bulldozes through a security law.

China fears Britain wants to trigger a brain drain exodus, with wealthy professionals — and their money — moving out.

Foreign ministry spokesman Zhao Lijian said: “We advise the UK to step back from the brink, abandon their Cold War mentality and colonial mindset and recognise and respect the fact that Hong Kong has returned to China.

“Britain must immediately stop interfering in Hong Kong’s affairs and China’s internal affairs, or this will definitely backfire.”

Mr Johnson opened the door to unprecedented visa access amid fears of a violent crackdown on pro-democracy protesters once the new legislation kicks in. 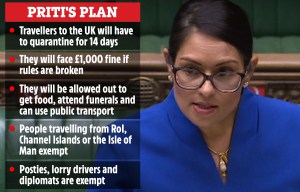 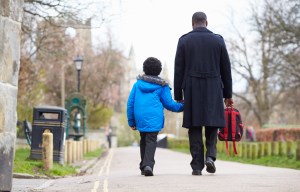 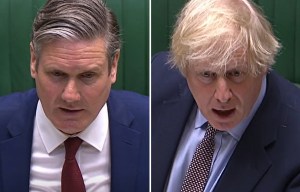 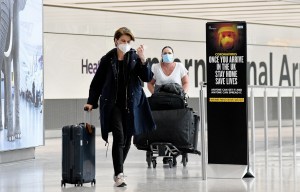 Quarantine travel rules: All exemptions for anyone coming into the UK from Monday

But Lord Chris Patten — the British governor when the rich business hub reverted to China in 1997 — said: “We must stand up to bullying.”

Mr Johnson’s offer would allow pre-1997 British passport holders to move to the UK for a renewable period of 12 months.

The US, which is threatening to revoke its special status for Hong Kong, also vowed to open the doors to refugees.

Pep Guardiola: I would have stayed at Manchester City and in League 2
Manchester United is ready to sell Alexis, Lingard, Smalling, Dalot, Jones and Rojo
Frank Lampard: I expect more from Chelsea, but now the result is most important
Atalanta does not lose 15 matches in a row – 13 wins and 2 draws
Lorient threw one newcomer off a plane and sent another under the water-all for the sake of presentations on social networks
Pasalic scored a hat-trick in the match against Brescia. Atalanta smashes the opponent 6:1
Rummenigge on Ribery: Hennessy was like a second father to him, and I was like a second mother
Source https://www.thesun.co.uk/news/11777688/china-britain-cold-war-mentality/

Naya Rivera's cause of death confirmed as tragic accident