MICHAEL McIlorum has revealed he reached a turning point – after deciding not to drive all the way back to England during lockdown.

The Catalans hooker has spent the entire time in the south of France, where he loves life so much, he may stay once he retires.

But that did not stop him setting off on a 17-hour, 1,000-mile road trip back to Wigan, Greater Manchester, with his partner and two dogs in tow.

He saw sense, though, at a motorway service station and decided to head home.

McIlorum said: “Lockdown has actually been good in France, whereas in the UK it seems like there’s been a lot of confusion about what people can and can’t do.

“It’s now quite normal where I am but at the start of lockdown I did think about driving back to Wigan, where my partner comes from, from Perpignan.

“But I turned round as, frankly, I couldn’t be bothered with the drive!

“We’d have stayed at my partner’s parents’ house, so she, our two dogs and I got in the car and actually set off.

“She was a bit sceptical about going back anyway and I stopped to get a bit of petrol and a coffee, there I said, ‘Shall I just turn back?’

“Having the two dogs in the back of the car as well, it would’ve been a bit full on. So I just decided to drive the couple of hours back home.”

McIlorum may have decided against hitting the road fully but he cannot be accused of not taking to the skies as Catalans put their hand in their pocket to get games played.

And they have an exemption from the French Government to travel and play, even though France was removed from the list of safe countries, meaning arrivals from there must quarantine for 14 days.

They charter flights to and from Perpignan for every game – flying in on the morning and heading straight back.

Travelling 2,000 miles in a day and playing rugby league sounds like a gruelling day but the 32-year-old would rather do it that way having travelled on scheduled services in the past.

And the fact owner Bernard Guasch is funding it at all is motivation to perform.

As he prepares to face Wakefield today after the game was switched following Salford having to self-isolate because of Hull FC’s positive coronavirus tests, he added: “I’d rather do it this way.

“For the first game back we met at 9am, flew about 10am, had a pre-match meal in Leeds, played, then went straight back, getting home about 11.30pm-midnight.

“The fact we fly on the morning of the game really makes no difference. In the past, when I’ve flown on commercial services, I’ve had to get up at 3.30am-4am to get to Manchester Airport.

“Then we’d land in Barcelona and it was another two-and-a-half hour bus journey to Perpignan.

“Normally we’d fly from Barcelona, Girona or Carcassonne and we could be landing in London, so this actually cuts down on the travelling.

“The fact Bernard is putting his hand in his pocket to fund all this shows his commitment to us is a real motivation.” 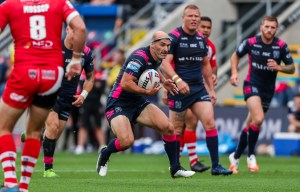 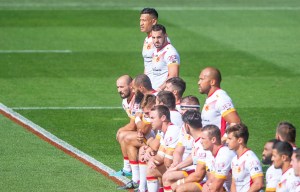 KNEEL OR NO KNEEL

Juventus offers Khedira 3 million euros for breaking the contract. The German demands 6 million
Tottenham are ready to sell Voigt for 10 million euros and increase the offer for Skrinjar to 45 million
Bellerin on 1:3 with Liverpool: Arsenal could have drawn or won
Klopp on the leadership of Leicester, Liverpool and Everton after 3 rounds: who cares who is in the lead now? This is just the beginning
Olas on Depay and Aouar: those who do not have time to leave before October 2, will remain in Lyon
Liverpool pinned Arsenal: Robertson brought, but corrected, Jota scored the team's 400th goal in the Premier League under Klopp
Zhota about the 1st goal for Liverpool: an Incredible feeling. It's a pity the stadium wasn't full
Source https://www.thesun.co.uk/sport/12409240/catalans-michael-mcilorum-turned-back-on-1000-mile-lockdown-road-trip-plan/