JAN goes to great lengths to save her son’s life next week in Casualty, while Connie and Jacob have an explosive showdown.

Jan’s troubled son Ross begged her to steal pain medication for him last week when he was brought into hospital with grave injuries.

Visit our Casualty page for the latest gossip and spoilers

Ross told Jan he was being threatened by a prison gang, who’d found out that he was serving a sentence for drug dealing.

Next week’s episodes of the BBC medical drama will see Jan receive the call she’s been dreading as Ross tells her she needs to drop the drugs off in the prison today.

Jan struggles to keep her nerves under control as Ross gives her instructions, telling her to wait for some sort of 'accident' to get her to prison.

Jan is saddened when she’s called out to the death of a patient she knows - but steals drugs from them.

Jan is eventually called to the prison and is aghast to see the prisoner with slash marks to the throat.

However, she springs into action and distracts Leon while smuggling the drugs under the bed.

Once Jan and Leon have rushed the prisoner to the ED, Jan tries and fails to contact Ross.

Her blood runs cold when Leon then mentions that another prisoner has been brought into the hospital after taking an overdose of prescription medicine.

What has Jan done?

Jacob is irritated but cuts through her anger and forces her to confess what’s happening with Grace. 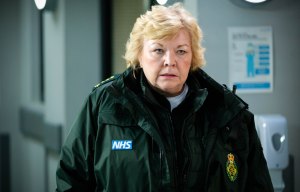 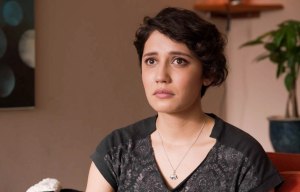 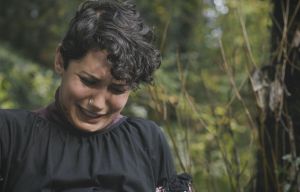 Fenisha's life on the line after horror childbirth in Casualty 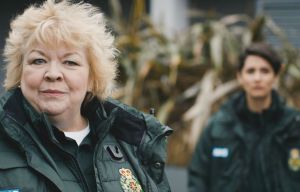 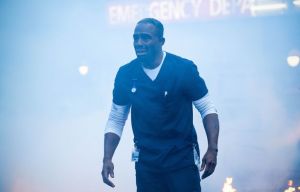 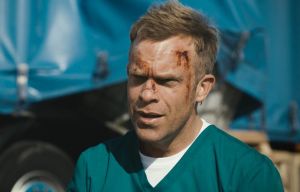 Connie accuses Jacob of pretending to care about Grace while moving on to his new girlfriend.

Jacob reminds Connie that she was the one who ended things but is shocked when she admits she still has feelings for him.

Jacob tells her she’s missed his chance, leaving her humiliated.