THE twisted cover-up of a murdered Brit's killer husband was exposed by her pulse monitor and his phone's fitness app - as well as THREE other key clues.

Babis Anagnostopoulos, 33, confessed to strangling wife Caroline Crouch, 20, after police presented a stack of digital evidence that disrupted his timeline of the alleged botched robbery.

He originally claimed robbers burst into his home, on Greek island of Alonissos, who then tied him up and blindfolded him, before torturing and killing Caroline in front of their 11-month-old daughter.

But detectives have been able to untangle his web of deceit by analysing the couple's smart devices.

Cops revealed the helicopter pilot had an app on his phone to measure his steps that showed repeated movement from the attic to the basement of the home at the time he claimed to be bound by the raiders, at around 5am on May 11.

Babis had earlier said he lost consciousness for up to 30 minutes due to the constriction of the tape tied around his neck.

Data also appeared to show he was active on his mobile during the time he was allegedly tied to the bed.

The next clue came from Caroline's biometric watch that she wore on her wrist, which recorded her pulse rate.

It showed that the 20-year-old's heart had stopped beating HOURS before the time Anagnostopoulos claimed she must have been murdered, allowing him time to stage the robbery.

To substantiate his sick charade, Babis even drowned the family dog and hanged its body from a stair banister in a bid to blame the the fictional Albanian criminals cops have been chasing for weeks.

His timeline of events was further discredited when police discovered the memory card in the security camera of the maisonette the couple shared had been removed at 1:20am.

Investigators realised this didn't add up with Babis' claim that the thieves had broken into the family home nearly five hours later and destroyed the surveillance device on their way inside.

It appears the presentation of a perfect family life before Caroline's murder were merely smoke and mirrors - as she had been arguing with her spouse just hours before he smothered her to death.

Officers said the couple had been bickering in the lead-up to the killing, as a text message exchange showed one had called the other "stupid".

Friends said Caroline "could not have the time she wanted with her friends and she was constantly expressing her complaints about his behavior," Greek news site Ethnos reported.

Police revealed the pair had also been attending therapy at the time of the murder - individually speaking to the same psychologist in separate sessions.

Caroline had allegedly messaged a pal on the night of May 11, telling them she was leaving Babis.

Data from her phone also showed that the young mum had tried to book herself into a hotel on the night she died, detectives said.

After an eight hour interrogation, according to reports, Babis eventually broke down saying: "That night we had been arguing from early on. 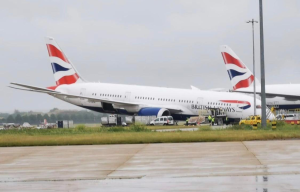 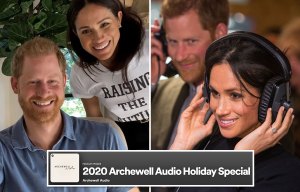 Police have described him as a "top class actor" after staging the detailed crime scene and keeping up the facade of the grieving widower for over a month.

Yorkshire Day quiz: How many of these Yorkshire phrases do you know?

Stockport postcodes where sellers have dropped house prices by thousands

Urgent search for pensioner, 71, who vanished six days ago as two men arrested