CANELO ALVAREZ has been offered a £16million-per-fight DAZN deal which could see him earn MORE than his initial £300m contract.

The Mexican superstar celebrated the richest contract in American sports history in 2018, spanning over 11 fights, which guaranteed him £28m each bout.

But arguments over the level of opponents has caused tension between Canelo, 30, Golden Boy Promotions boss De La Hoya and streaming service DAZN.

So much so that Alvarez filed a lawsuit on his promoter and DAZN after accusing them of not fronting a promised payments.

According to The Athletic, to bring peace to the partnership, a ten-hour mediation session was completed on Tuesday.

It is understood DAZN offered Canelo a restructured deal that would pay the boxer upward of £16m guaranteed per fight.

But the four-weight champion would have the chance to earn more depending on how many subscribers each event generated.

The offer provides a similar structure to the way fighters are paid for pay-per-view events, where their money can be increased following the box office success.

DAZN’s deal with Golden Boy included one fight against a 'premium' opponent each year at the steaming service’s sole discretion. 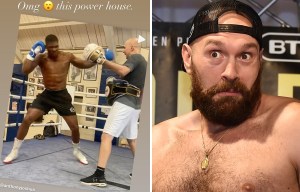 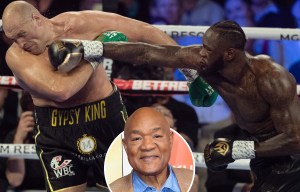 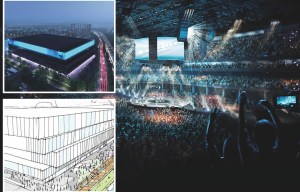 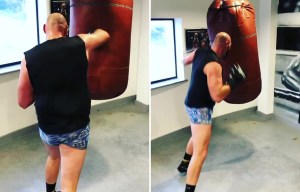 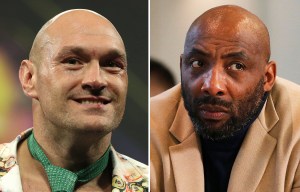 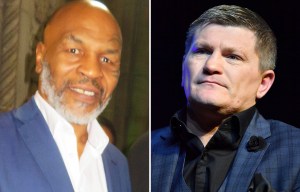 They had expected a trilogy fight with Alvarez and his rival Gennady Golovkin, with the first bout ending a draw in 2017 and Canelo winning the rematch a year later.

But Golden Boy’s terms with Alvarez suggested the boxer himself could choose his opponent.

It led to friction with Canelo snubbing 38-year-old GGG - who also fights on DAZN - in the opening three bouts with his new broadcasters.

Without the lucrative grudge match on their platform, DAZN hesitated on approving another Canelo fight, which would have cost them £28m.

Alvarez hit back this month by filing a £22m breach-of-contract lawsuit against both DAZN and Golden Boy.

He was due to challenge WBO super-middleweight champion Billy Joe Saunders, 31, this May - until the coronavirus pandemic cancelled those plans.

Canelo has remained training, eager to box this year, with Callum Smith, 30, rivalling Saunders as frontrunner to land the mega-fight.

But DAZN do not deem the British world champions 'premium' opponents.

Eyebrows were raised when it was revealed UFC pair Jorge Masvidal, 35, and Khabib Nurmagomedov, 31, as well as De La Hoya, 47, do fall under their approval.

The new deal put forward to Canelo gives him the chance to bank more than his initial contract and return to the ring by the year's out.

But it would rest on him facing a Golovkin-style opponent.

Their first two fights each pulled in over 1m PPV buys, suggesting a third would boost DAZN subscribers.

Alvarez is said to be considering the offer as he decides on whether to continue his legal battle.

The proposed court case was initially dismissed due to an error related to where DAZN and Golden Boy do business.

Canelo has until Monday to refile the suit, but does so with the chance of going the other way and accepting DAZN's latest proposal.

Bartomeu deleted his Twitter account after leaving Barca. He and his family received threats
Gennady Orlov about Khabib: Won-well done, but he's not the greatest
Forward Alaves Joselu: Barcelona is one of the best teams in the world. But they can be beaten
In England, they want 25% of coaches and 15% of managers to be from ethnic minorities. Only Southampton did not sign up
Zlatan okovide: the Virus challenged me and I won. But if you are not Zlatan, then do not risk it and think with your head
Koeman on Griezmann: the goals will come, I have no doubt about it. It needs to continue to work
Maguire Pro 1:6 from Tottenham: It seemed like a crisis. We were devastated, we didn't expect this
Source https://www.thesun.co.uk/sport/12765871/canelo-alvarez-dazn-fight-contract/