The three rescuers Down Under were filmed saving a kangaroo from the cold capital waters of Lake Burley Griffin. While the kangaroo seemed initially nervous when the two men closed in, it did eventually allow them to carry it out of the war.

But during the 98-second clip that has circulated on social media, the Australian animal then offered out its paw to thank passers-by for their help.

In the background, Mr Boyd can be heard saying: "Aw, he's thanking ya." 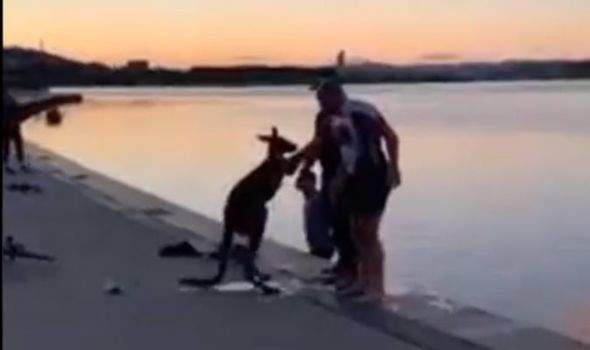 Canberra kangaroo thanks rescuers with handshake after falling in lake - 'Thanking ya' (Image: Twitter/@JulianBAbbott)

When somebody asked if kangaroos are unable to swim, Mr Boyd replied: "They can.

"This one would have been tired and cold I'd say.

"It was minus 2C this morning."

Despite the efforts made by the three Canberrans involved, Mr Boyd claimed the kangaroo soon decided to take another dip in the water. 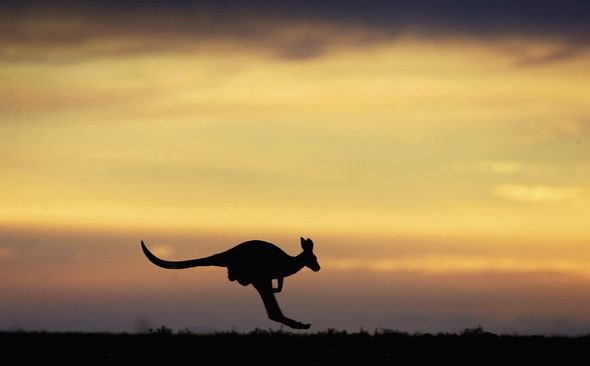 Replying to one user about whether the wallaby was able to "hop away to safety", he said: "Yes."

But Boyd added: "Only to apparently go in again to be brought out by local rangers."

And users on social media seemed to have appreciated the efforts made by locals to help the kangaroo. 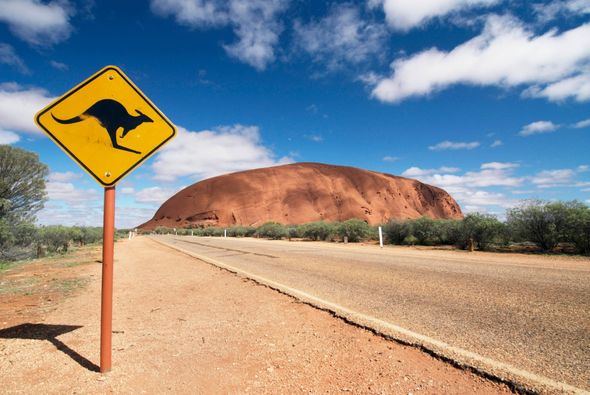 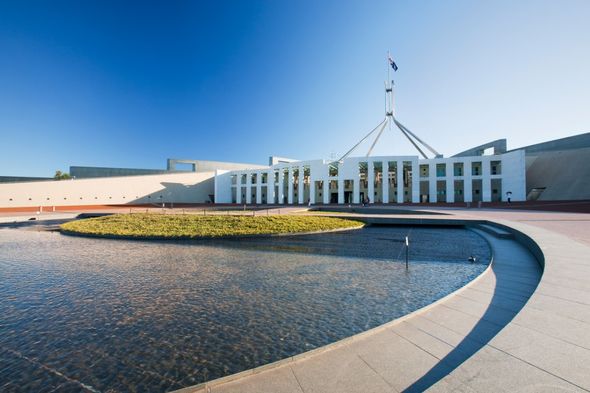 The lake is near the parliament building (pictured) (Image: Getty)

@Jimmyspolitics shared the footage with the caption: "Ok so I'm now officially in a much better mood after watching this.

@RexChapman said: "This is amaaaaaazing. Humanity!"

Barca have 3 away defeats in a row without goals for the first time since 1987. Then the club changed the coach
Juventus lost in 3 out of 10 rounds of Serie A. This happened only twice in the three-point era
Miranchuk came out in the 78th minute of the match with Sampdoria and gave an assist
Barcelona has lost 3 of the last 4 matches in La Liga and is 9th
Juventus is 13 points behind the leading Milan in Serie A after 10 rounds
Depay did not score a penalty in the match with Rayo. Dimitrievski beat off
Juventus lost for the first time in 10 matches. There were 7 wins and 2 draws

Randy Brits back to bonking thanks to post-lockdown booze boom

WHO: Europe had most COVID-19 cases, deaths over last week

What is the X gender marker on US passports?

How did Huey Haha die?

Mystery alarm putting woman at 'end of her tether'

Scouser accused boss of racism after she told him 'Calm down, calm down' at work

Roadworker, 39, killed after car crashed into ditch where he was fixing cables, court hears

US warns Moscow embassy could stop functioning in row over visas