Princess Beatrice, 33, recently tweeted to share images of her attending an event for Forget Me Not Children's Hospice, and a body language expert claims the royal showed signs of “distress” at the outing. Forget Me Not Children's hospice gives support to children with life-shortening conditions and their families, and Beatrice attended a special garden party last week to celebrate the 10th anniversary of Russell House being built.

Beatrice is the royal patron for the hospice, and officially opened the foundation’s Russell House purpose-built property in 2012.

The foundation shared images from the celebrations, showing the princess beaming wearing a belted coat that accentuated her baby bump as she helped bury a time capsule to mark the occasion.

However despite her smiley appearance, an expert claims the body language of the pregnant royal in the images reveals reasons why “she can't reflect total happiness”.

Body language expert Dr Lillian Glass told Express.co.uk: “She has a tense smile and there looks like she has a lot of tension in her face in general. 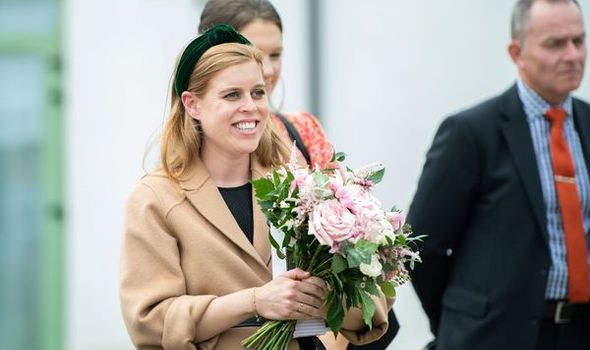 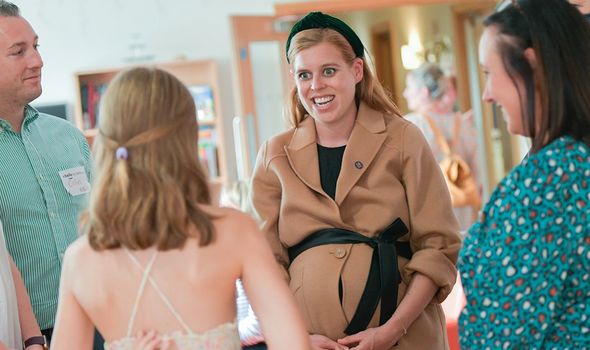 Princess Beatrice, 33, recently tweeted to share images of her attending an event (Image: MARK FLYNN / Forget Me Not Children's Hospice)

“She doesn't show a genuine smile of eyes crinkle and cheeks raised.”

When asked for the reasoning of this expression, Dr Glass claims the royal could be impacted by the scandal involving her father Prince Andrew.

The expert refers to the ongoing civil lawsuit facing the Duke of York, as he is being sued for unspecified damages by Virginia Giuffre, formally known as Virginia Roberts.

Ms Giuffre brought civil proceedings against the 61-year-old Duke under America’s “Child Victims Act" saying she was "trafficked to him and sexually abused by him" when she was 17. 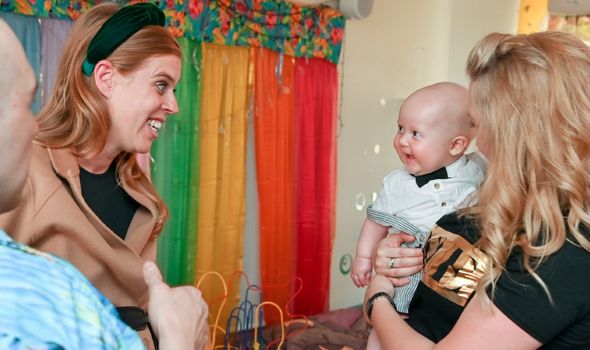 An expert claims the body language of Beatrice in the images reveals more about the pregnant royal (Image: MARK FLYNN / Forget Me Not Children's Hospice)

Andrew has categorically denied her claims.

Prince Andrew’s removal from public life was swift following the 2019 BBC Newsnight interview where when asked about Ms Giuffre he stated: “I have no recollection of ever meeting this lady, none whatsoever.”

The Duke did not appear in any of the official images released by Buckingham Palace of Princess Beatrice’s wedding during the coronavirus pandemic, compared to in 2018 when as a public-facing member of the Royal Family he walked Princess Eugenie down the aisle and appeared front and centre in many of the images released of the day. 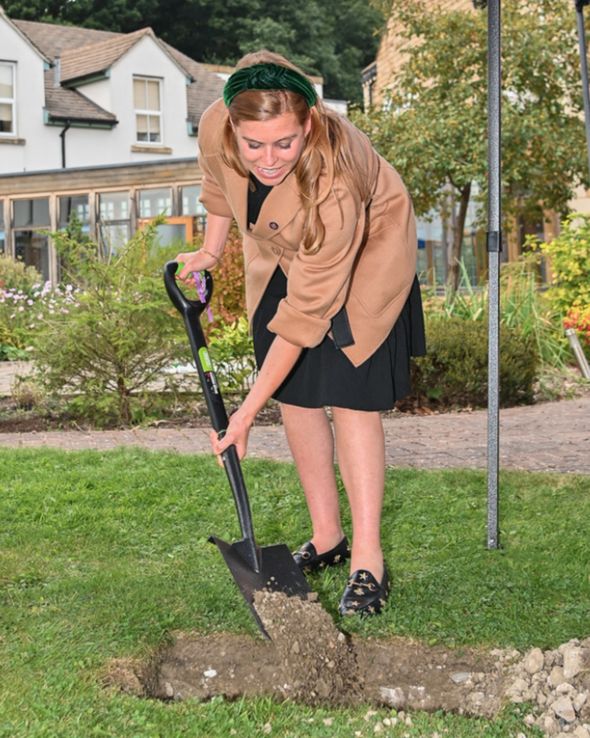 The royal helped to bury a time capsule at the event (Image: MARK FLYNN / Forget Me Not Children's Hospice)

The ongoing sexual abuse allegations may be having a knock-on effect on Prince Andrew and Sarah Ferguson’s eldest daughter though according to Dr Glass, and could even be causing her “embarrassment” or “overshadowing” her pregnancy, which she refers to as a “happy event”.

She said: “While she may be happy with her upcoming baby, the fact that her father is in the spotlight in such a negative way on a consistent basis must add to her emotional distress and pain and create embarrassment and this burden may overshadow her happy event.

“So it may be why she can't reflect total happiness.” 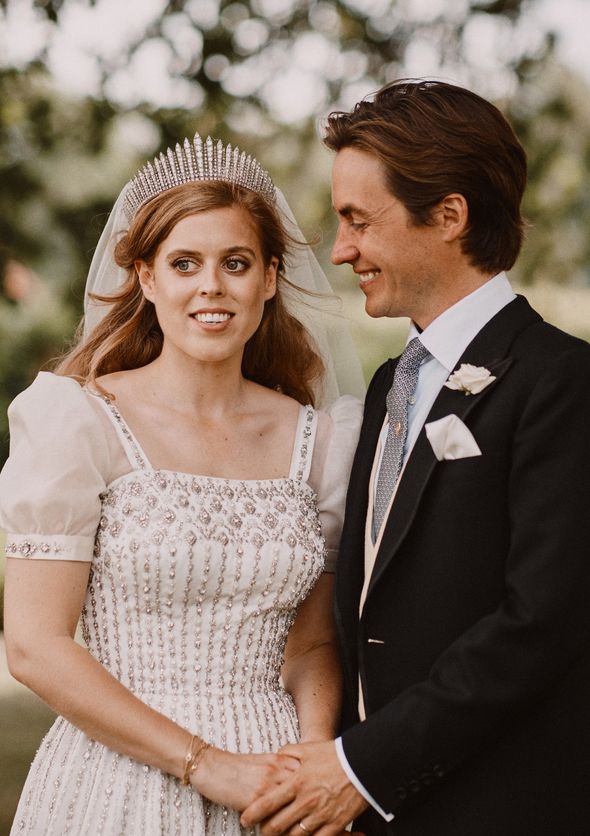 The Duke did not appear in any of the official wedding images released by Buckingham Palace (Image: PA)

Despite the civil lawsuit, the Queen's granddaughter was seen interacting with children, ahead of the birth of her firstborn in the autumn.

At the event she posed alongside families, supporters, staff and volunteers who also attended.

She was also spotted leaving The Arts Club in Mayfair on Tuesday evening wearing a black minidress which accentuated her baby bump.

Princess Beatrice announced in May that she was pregnant with her first child, who will be the 12th great-grandchild of the Queen.

The announcement came less than 12 months after she tied the knot with property developer Edoardo Mapelli Mozzi.

Merson on Sulscher: Anyone else would have been fired by now. He is as lucky as a coach can be
Ancelotti on Koeman's dismissal: It's part of our job. This has happened to me many times
Barcelona wants to get rid of Luc de Jong in the winter. They don't count on him after Koeman's dismissal
Muller apologized to the fans for 0:5 from Gladbach: Bayern played catastrophically badly
Hans-Joachim Watzke: Manchester United's offer for Holand was better than ours, but Raiola decided that Erling would be better off in Borussia
Koeman showed what a Barca coach should not be. The dismissal was a month late
Sheringham about Kane: He doesn't play at full strength and doesn't set an example. Tottenham need a leader in defence or midfield