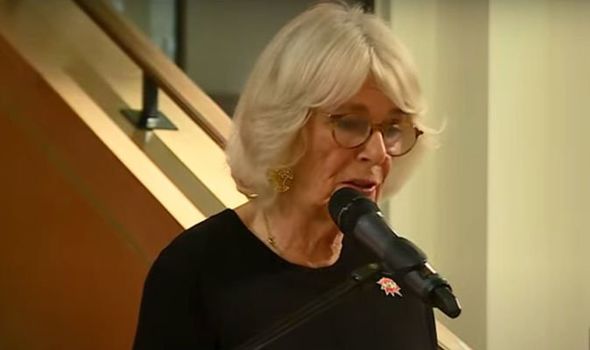 On Wednesday evening, the Duchess of Cornwall delivered a speech on sexual violence against women in central London. Within her speech, the 74-year-old paid tribute to Sarah Everard who was kidnapped, raped and murdered by Metropolitan police officer Wayne Couzens.

She opened the speech by saying: "When asked if we could imagine a world in which violence against women didn't exist, the reaction was mixed.

"Some hands flew up, some remained firmly planted on laps. Most of us glanced at each other rather taken aback.

"Dare we even dream of a world without rape and sexual abuse or were we too indoctrinated into believing that violence against women is normal?"

The Royal Family member spoke of the