JAMES ‘BUSTER’ DOUGLAS claims Roy Jones Jr. has a ‘slimmer chance’ than he did against Mike Tyson.

It will be 30 years ago next month that the now 60-year-old shocked the world in Tokyo by defeating Iron Mike to become heavyweight champion.

Even now it is considered one of the upsets in sporting history.

Douglas, who would lose the title to Evander Holyfield seven months later, has been watching keenly as his old adversary prepares for a comeback.

But despite Douglas knocking out Tyson himself in 1990, he believes the much-maligned legend will have no issues five weeks - if the fight actually takes place.

Speaking to DJ Vlad, Douglas revealed his surprise Jones Jr had agreed to the showdown - especially after pulling out of a match against him in the 90s.

On his failed clash, Douglas said: “He pulled out, his dad told him not to do it.

“It probably wasn’t in his best interests to fight me as he was biting off too much.”

And on the upcoming bout with Tyson, he continued: “I was surprised that it was even announced (at all) because I was like, wait a minute what does he see that I don’t see or, you know, because you’ve got to actually feel like you can beat somebody to expect the fight with them.

“That was really confusing because I know what he and I went through but then he turns around and he’s going to fight Mike, so I was like ‘wow’. He must see something or know something.

“But then I see he’s really doubting it now, debating or not whether he’s going to do it. So I don’t think it’s going to happen.” 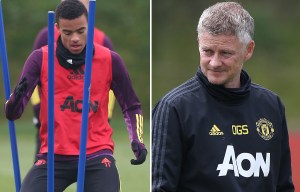 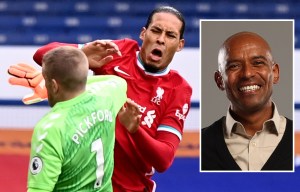 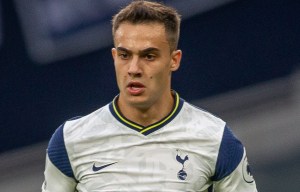 And when it came to choosing a winner out of Tyson and Jones Jr, Douglas does not hold much hope for the latter.

He added: “I think (Roy) he has a chance but it’s a slim chance.

Holand continues to insist that he is a monster. Fastest in the history of the Champions League scored 15 goals (and added 16)
Koeman on the victory over Dynamo Kyiv: We achieved our goal-we reached the playoffs
Solskjaer on 4:1 with Istanbul: Manchester United played intensely, enjoyed the match. We want to be 1st in the group
Forward Ferencvaros Troll Cristiano: celebrated a goal in his style. Ronaldo responded with a goal and a very angry look
Morata scored 5 goals in 4 games in the Champions League for Juve. His best result is 5 in 12 games in the 2014-15 season
Holand has scored 15 goals in the Champions League the fastest. 7 games better than the record
Ludicrous omission of the Champions League match: the Brugge forward did not want to transfer to the bus, and he was kicked out
Source https://www.thesun.co.uk/sport/12992512/buster-douglas-tyson-jones-prediction/