BUSINESS Secretary Alok Sharma has been tested for coronavirus after being sweating and visibly unwell during a speech in the House of Commons.

The MP has traveled home to self-isolate after he struggled through a speech on a business bill at the despatch box.

During the debate, he was seen wiping his face with a handkerchief several times as worried MPs looked on.

Ed Miliband, his opposite number on Labour's frontbench, passed him a glass of water at one point amid the coronavirus concerns.

The suspected case of Covid-19 in the chamber came a just day after MPs approved the Government's plan to end virtual voting in the Commons.

It followed farcical scenes as MPs queued for up to 44 minutes to vote as the line snaked through Westminster.

A spokeswoman for Mr Sharma said: "Secretary of State Alok Sharma began feeling unwell when in the chamber delivering the second reading of the Corporate Governance and Insolvency Bill.

"In line with guidance he has been tested for coronavirus and is returning home to self-isolate."

Labour shadow minister Toby Perkins had raised concerns over Mr Sharma's appearance in the Commons earlier in the day, and later doubled-down on his criticism after learning of the test.

He said: "This is ridiculous. It was clear that Alok Sharma looked unwell.

"If there are now fears that he may have Covid-19 and he hadn't already tested negative, it was the height of irresponsibility for him to be in Parliament sniffling, sweating and snorting from the despatch box."

The despatch box was being wiped down between exchanges, but the scheduled pause after the Bill's reading went on for longer than expected and journalists were unusually asked to leave the press gallery.

The size of the chamber has made it difficult for some MPs to keep their distance as they try to swap seats or move around.

Earlier in the day, Boris Johnson ended PMQs by heading towards the chamber exit but stopping for a chat with a Conservative colleague, thereby walking over hazard tape on the floor designed to encourage MPs to keep two metres apart.

Labour's shadow foreign secretary Lisa Nandy said: "The Government stopped MPs from working from home and asked us to return to a building where social distancing is impossible.

"MPs are travelling home to every part of the country tonight. Reckless doesn't even begin to describe it."

Digital voting in the Commons was ended on Tuesday when MPs approved a Government motion introduced by Commons Leader Jacob Rees-Mogg despite widespread objections.

Senior Conservatives, opposition groups and the equalities watchdog raised concerns that the move would prevent many MPs, particularly the elderly and vulnerable ones who are shielding, from being able to vote.

Chaotic scenes unfolded in the Commons when MPs formed a long queue snaking through Parliament so they could maintain social distancing while voting on the motion.

Mr Johnson on Wednesday dismissed complaints over the system, saying: "I do not think it's unreasonable that we should ask parliamentarians to come back to this place and do their job for the people of this country."

But Labour leader Sir Keir Starmer said the scenes were "shameful" and pushed the Prime Minister to end the "completely unnecessary and unacceptable" process. 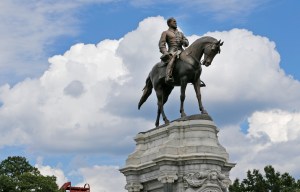 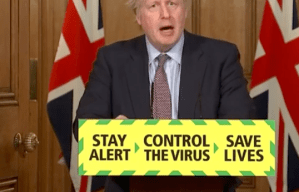 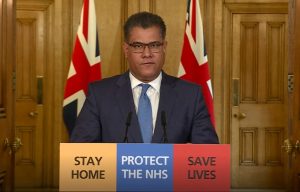 Mr Miliband, who could potentially be contacted by NHS contact tracers and asked to self-isolate if Mr Sharma was to test positive for Covid-19, sent his "best wishes" to the Business Secretary for a quick recovery, adding: "Hope he feels better soon."

The SNP's deputy leader in Westminster Kirsty Blackman said the suspected case demonstrates "just how ridiculous and irresponsible the Tory Government's decision to end virtual participation in Parliament was".

"They must now rectify this serious mistake and reintroduce hybrid proceedings without delay," the MP added.

Sarri Pro 2:2 with Atalanta: We played with one of the best teams in Europe right now
Pep Guardiola: Manchester City have won a place in the Champions League on the pitch. I hope that UEFA will allow us to play
Atalanta extended their unbeaten streak to 14 games and is ranked 3rd in Serie A
Ronaldo scored his 27th goal in Serie A, converting a penalty in the game against Atalanta. Immobile has 29 balls
Sterling scored 27 goals for the season and broke his record. He scored a hat-trick against Brighton
Three Atalanta players have scored 15+ goals in the Serie A season. This is the best result since 1952
Setien on the title fight: Barcelona does everything possible, but Real Madrid wins all the matches
Source https://www.thesun.co.uk/news/11778805/alok-sharma-test-coronavirus-house-of-commons/