BRITAIN did not need the Humber Bridge, a multi-billion pound project that would link Barton and Hessle. Two villages that no one had ever heard of.

But in order to win a by-election in nearby Hull, the then Labour Prime Minister, Harold Wilson, decided it should go ahead.

When it opened in 1981, it was the longest suspension bridge in the world.

It was so enormous, in fact, that if you laid the cables used to suspend the ­roadway end to end they would stretch round the world . . . twice.

And the towers are not exactly in line with one another. This is because they are so far apart that architects had to factor in the curvature of Earth.

Today, it’s still as unnecessary as it ever was. And it’s no longer the longest suspension bridge in the world. But it remains, in my opinion, the most beautiful.

In fact, and I’ve said this often, it’s the most beautiful man-made thing of all time. Apart from maybe the Riva Aquarama speedboat.

When I stand on the south shore on a misty morning and see the wafer-thin road disappearing off into the sea, it takes my breath away. It really does.

So I’m glad it was made. And I’m glad too that the Labour government also built the Post Office Tower, even though it is now just a hazard to aircraft.

Then there’s Concorde. The world did not need such a thing.

And the technical challenges facing the engineers were huge. A Nasa boffin once told me that getting a passenger plane up beyond Mach 2 was more difficult than putting a man on the moon.

But that old commie Tony Benn had decided Concorde was going to succeed, so he pushed and he pushed and, by God, are we glad he did.

Can you imagine such a thing?

Because even though the beautiful white bird is now grounded, we still have those memories of the shattering noise it made and the way it could make the sun rise in the West.

I remember once, standing on a beach in Barbados as a British Airways Concorde roared overhead at treetop height.

After it had passed, a stunned American on the next sun lounger looked at me and said: “You Brits.”

I was so proud, I didn’t get round to telling him it was half French.

Since Concorde though, Britain hasn’t really done anything of any great importance. There’s been talk of a new railway line from London to Manchester, but in evolutionary terms that’s just a shuffle. And now it probably won’t happen anyway.

Which is why I am SO excited about the idea of a bridge linking Larne, in Northern Ireland with Portpatrick, in Scotland.

Weirdly, the Labour Party — the party that created the Post Office Tower and Concorde and the Humber Bridge — are furious, saying it’s not needed and will be too expensive and it’s only been suggested to get Boris out of his backstop hole.

But can you imagine such a thing?

A 20-mile bridge supported on columns 1,400ft high, and rising even higher in the middle so ships can pass underneath. It would be magnificent.

Yes, it would be difficult to make. The seas there are rough and deep and the seabed is littered with discarded Second World War mines and bombs.

They Maid it up

ACCORDING to a headline in The Times this week, The Handmaid’s Tale is increasingly ringing true.

Really? We are heading for the terrifying society portrayed in Margaret Atwood’s brilliant book?

A society where women are kept either for breeding or cleaning? Where girls can be killed for speaking? Or mutilated for looking at someone in a funny way?

And where children are taken away at birth and given to someone else?

I know cricket fan and woman Theresa May has suggested that Geoffrey Boycott, who has a conviction for domestic abuse, should be given a knighthood.

But that’s a long, long way from sewing up the vagina of the woman he beat.

AT TIMES, DEATH IS A BLESSING 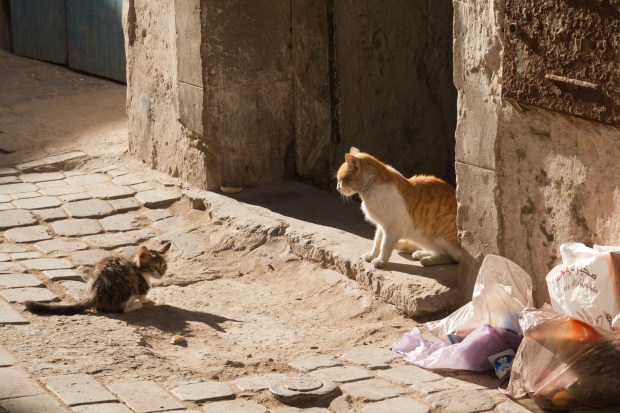 WHILE holidaying in Morocco, a 54-year-old man was bitten by a cat. Which was annoying.

When he came back to Britain, however, it turned out he’d caught rabies. Which is a terrible disease.

I once saw a sufferer in Burma and the pain was so excruciating that powerful muscle spasms had snapped both his legs.

And it wasn’t ordinary rabies our man in Morocco had caught either. It was “furious rabies” which causes extreme thirst and a morbid fear of water. At the same time.

Mercifully, he has now died. And we, meanwhile, are left to ponder what sort of a God comes up with a disease like that to end nearly 60,000 lives every year.

I've had to give pork the chop

ON the basis you should know your enemy, I read a book on holiday this year about why we shouldn’t kill animals.

It wasn’t called – “If you eat meat, you’re a bastard”, but that was the thrust.

And after a while, I deliberately left it in the rain, so I didn’t have to finish it.

However, since I returned to Britain about a month ago, I still haven’t been able to eat pork.

But some of the things I read in that book about how pigs can play video games and feel love – they stuck.

And so did the bit about how frightened they look when they are being taken to the slaughterhouse.

I tried this morning to have a bacon sandwich but I couldn’t bring myself to put it in my mouth.

It’s annoying. Pork was always my favourite meat but I’ll have to find a substitute. 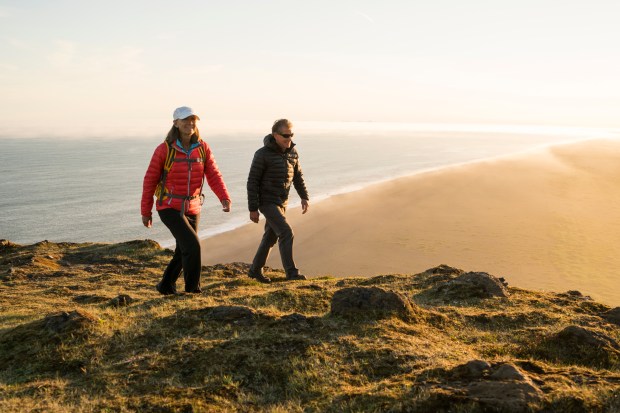 WE’VE all done it. Spent half the morning looking for our keys only to find them hiding in plain sight on the kitchen table.

I know people who’ve found lost phones in their trouser pockets, and most women are of capable losing anything up to a medium-sized dog in their handbags.

But I’ve never heard of anyone losing themselves. Until now.

A party of tourists on a bus tour of Iceland spent hours searching for a missing passenger only to find she was in the search party.

She hadn’t recognised the description of herself and it wasn’t until three in the morning that her mistake became clear.

Bet she was popular.

In an onslaught of Brexit gloom, Javid's duty free plans are a shaft of light

No hope for mass exodus

AT long last, space boffins have found a planet which they reckon could be capable of supporting life.

They will know soon if it has an atmosphere but they’ve already worked out that the romantically named K2-18b does have water. And it’s only 650million million miles away, which means that with current technology, we could reach it in just two million years.

The only problem I can see is that it’s twice the size of Earth, with eight times the mass, so any astronaut who had survived the 110-light year journey would weigh quite a lot when he arrived

So much, in fact, that after a little while, his brain would be dragged into his spinal cord.

What Lisa Nandy gets right, and Jess Phillips gets wrong, about Labour's hustings

Scots skaters fired up for European championships after 'best' seasons

Watch Martin Luther King's iconic 'I Have A Dream' speech

Investigation underway after body of man discovered in Salford

'No matter what, we will be there': How climate campaigners are trying to win over the business elite at Davos 2020

It’s not just British leavers – the rest of Europe is responsible for Brexit, too | Eric Jozsef

Who is Brad Pitt dating? Past girlfriends and ex-wives revealed

In Manchester and Rotherham, cowardly authorities refused to crack down on rapists – why?

Meghan and Harry alert: Royals to wreak havoc with Canada system as public turn on couple

Jade Marie Pask, from Burnley, took her own life

£10,000 worth of goods stolen from Sam Turner and Sons

Man, 25, is allergic to ejaculating & has flu-like symptoms with every orgasm

B&M is selling a £2.99 doormat that will help you hide deliveries from your other half

Holly Willoughby accused of presenting Dancing on Ice in her underwear

Beales collapses into administration with Southport store at risk

'Feral' thugs hunted down innocent man in Manchester city centre... because one of them thought he had 'rushed him in his prison cell'

Beales goes into administration the day after Debenhams in Southport closes

Foodbank to open at Haworth

Hotel owner slammed for 'not hiring smokers because they smell'