RISHI Sunak posed with his red box and team ahead of the Budget today - as he vowed to do "whatever it takes" to support people through the crisis.

The Chancellor posed with his top team and held Cabinet with the PM this morning as he prepares to speak to MPs in the House of Commons at 12.30pm.

He will also address the nation with a press conference at 5pm after taking hours of questions in Parliament.

Mr Sunak, delivering only his second Budget since becoming Chancellor last year, will extend a range of support measures to get the nation through the worst of the pandemic.

Mr Sunak will promise to help struggling Brits with the “full measure of our fiscal firepower” but will warn the time is approaching to “begin fixing the public finances.”

The Chancellor will vow to use every tool in his box “to protect the jobs and livelihoods of the British people.”

Ahead of the Budget, Mr Sunak said: "Our Covid support schemes have been a lifeline to millions, protecting jobs and incomes across the UK.

"There's now light at the end of the tunnel with a roadmap for reopening, so it's only right that we continue to help business and individuals through the challenging months ahead - and beyond."

He is expected to:

At every Budget the public gets an update of the spending on the cards.

The Chancellor’s vow “to do whatever it takes” to protect jobs will add £5billion a month to the pandemic’s £280billion support bill.

But with the nation’s coffers reeling from the Covid crisis, Mr Sunak is staring at £400billion blackhole.

The chief bean counter will set out “a three-point plan to protect jobs” - but also give the nation a reality check over the dire economic situation left in the wake of the pandemic.

But he will also warn today that the time to get the nation's books in order is rapidly approaching.

It is expected that will see a hike in corporation tax on businesses and capital gains taxes on millionaire second property owners and investors.

It’s also thought Mr Sunak will freeze the rates at which workers start to pay different levels of income tax, meaning more people will be caught in a higher band over the coming years.

Only once the economy is on a better footing will he start his plans to fix the public finances in earnest.

Speaking to BBC Radio 4's Today programme, Mr Rogoff said: "We've spoken once and, certainly at the time, and I'd say it now, we are in the middle of a war and you should not be worrying excessively about the budget deficit and about debt.

"You can worry about that at the other side."

Sir Robert Chote, former chairman of the Office for Budget Responsibility (OBR), said there was "no robust case" for looking to claw back the UK's pandemic debt quickly with tax hikes.

Sir Robert said earlier: "You don't want to go at it too aggressively in case you weaken the recovery and make the situation worse."

We know for certain the Chancellor will extend furlough until the end of September.

It means 80 per cent of people's wages will continue to be paid for months to come, to help firms get back on their feet again.

From July, though, they will be asked to chip in, as the Chancellor weans them off the cash help they will have been getting for 17 months.

In July, employers will be expected to contribute 10 per cent of the cost, increasing to 20p per cent in August and September, as the economy reopens.

The Coronavirus Job Retention Scheme has protected more than 11 million jobs since its creation last March, with Mr Sunak promising further help in the "challenging months ahead - and beyond".

The IFS's Paul Johnson said the furlough would help give them a "grace" period to help them get back up and running - and would make sure jobs are kept.

But he added: "The key thing now is that this really does end in September because we really do move back to normal."

Business loans and grants are expected to carry on too.

And the VAT cut for the hospitality industry is set to carry on as well, which was due to run out at the end of the month.

It's also been rumoured that the Chancellor will continue the stamp duty holiday for another six months as well to stop the housing market from falling off a cliff.

MORE GRANTS AND SELF EMPLOYED HELP

Mr Sunak will today reveal extra help for 600,000 self employed Brits who have been shut out of Government support during the pandemic.

The Chancellor will reveal that hundreds of thousands of people, many of whom became self-employed in 2019-20, will now be able to claim direct cash grants under the Self-Employment Income Support Scheme.

Previously they could only claim if they had filled in a recent tax return, which meant millions were shut out.

The Treasury has confirmed it will give a fourth grant of up to £7,500 to the self-employed.

And a fifth one will come over the summer - in line with the furlough extension.

The PM and Chancellor are under huge pressure to help sectors of the economy which have struggled over the last year of the pandemic.

The PM hinted last week the Chancellor may consider cutting alcohol duty in pubs and slap extra on supermarkets too - which have done better in the pandemic.

Meanwhile, the public will get up to £1million to rescue their local pub or footie club from closure, The Sun revealed earlier this week.

The Chancellor will use the Budget to pledge a whopping £150 million to help neighbourhoods take over assets loved by the community.

Think tanks have called for shopping vouchers to boost Britain's high-streets, but those aren't expected to be on the cards for now.

However, the Chancellor is expected to increase the contactless spending limit to £100 to try and encourage more spending, and boost the nation's shops.

As this is the last Budget before Britain hosts the COP26 climate summit in November, it's expected that the Chancellor will deliver more green policies in his latest fiscal update too. 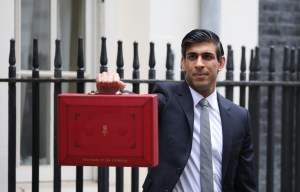 Budget LIVE - Everything you need to know ahead of Rishi's speech at 12.30pm 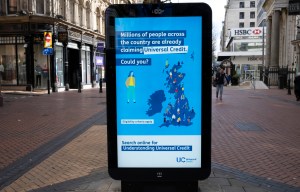 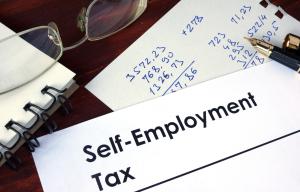 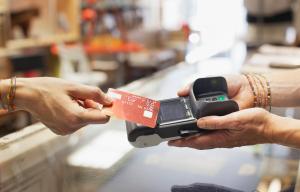