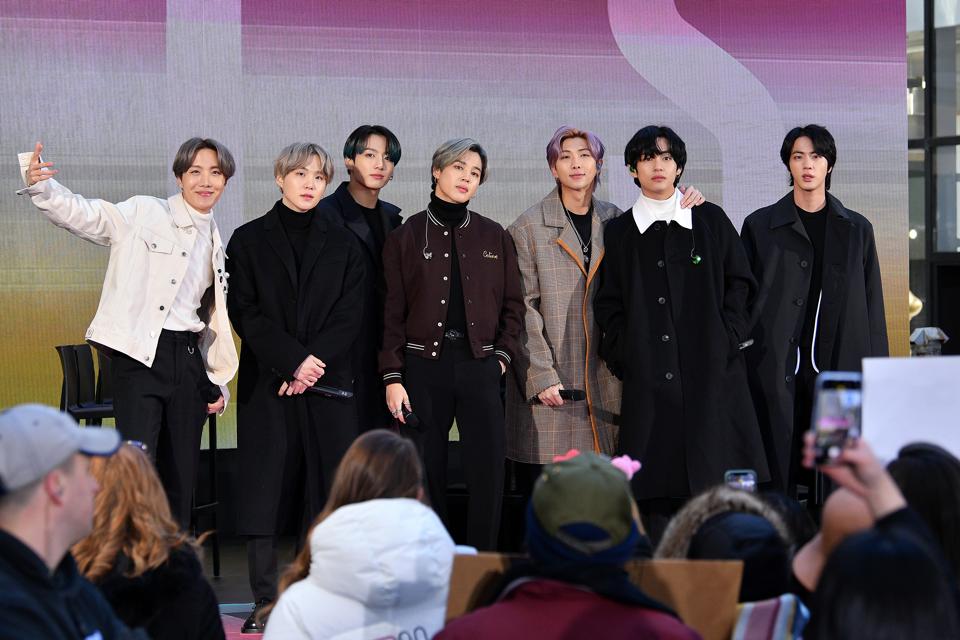 For the first time since it was released a little over a month ago, BTS’s new album Map of the Soul: 7 has dipped outside the top 50 on the U.K. weekly ranking of the most-consumed full-lengths. This time around, it falls from No. 45 to No. 54, a fair drop for a title that has already spent several frames on the chart and which seems destined to hold on for a while longer.

With another turn on the chart, Map of the Soul: 7 establishes itself as not just another successful launch from the K-pop superstars, but one of the most popular and sturdy Korean titles to ever be released in the country.

With just half a dozen frames already on the chart to its credit, Map of the Soul: 7 now stands as the fourth-longest-charting Korean album in U.K. history. In front of it are only other BTS albums, as the group is far and away the most popular name from the Asian country to make a commercial impact in the U.K.

The Korean album that holds the record for the most weeks spent on the U.K. ranking is still Map of the Soul: Persona, which managed to rack up an incredible 19 turns somewhere on the list. The project pushed all the way to No. 1 in mid-2019 and it continued to sell and stream well for months after that.

Behind that release on the list of the longest-charting Korean albums in U.K. history comes the same outfit’s previous collection Love Yourself: Answer, which held on for a lucky 13 turns.

The final K-pop release that occupied space on the ranking for double-digit frames is the seven-member vocal band’s other 2018 drop Love Yourself: Tear, which found space on the chart for 11 frames during its heyday.

With Map of the Soul: 7 only at No. 54, it seems likely that it will continue to descend at a fairly slow pace, and it may soon become just the fourth Korean album to spend double-digit turns somewhere on the list.

Arbeloa will be headed by one of the youth teams of Real Madrid next season
Terry is the best Central defender in the history of the Premier League, Ferdinand is the 2nd, van Dijk is the 10th (Squawka)
Fati is experiencing discomfort in the knee. Setien does not intend to risk the player
Sami Khedira: I want to win a lot of trophies with Juve. I see no reason to change the team
Solskjaer included Ronaldo, van der SAR and Giggs in the team of former teammates
Courtois about the quarantine: he Worked on the treadmill, worked with iron. I haven't lost my shape in two months
Chiellini about Pogba: in Juve, no one expected Paul to be the champion
Source https://www.forbes.com/sites/hughmcintyre/2020/04/09/btss-map-of-the-soul-7-is-already-the-fourth-longest-charting-k-pop-album-in-uk-history/

Emily Maitlis and the 'Foxification' of Britain's broadcast media - The Spectator

Euromillions live results for £15m jackpot on Friday May 29

Carer's anger after being told to join the queue in Asda

Coronavirus figures for every area in Cumbria on Friday, May 29

I could be the next George Floyd. If you're not working to change that, you're an arsonist too

Where are England's Euro 96 squad which lost to Germany in semi-finals now?