GEORGE Floyd's brother has pleaded with looters to stop as destroying their hometowns "disrespects his name and legacy".

Speaking after the decision was made to charge all four officers involved in the arrest death, Terrence Floyd addressed the widespread looting and protests.

His comments came shortly after the news Minnesota’s Attorney General will escalate charges against Derek Chauvin and charge the three other officers with aiding and abetting murder, according to the Star Tribute.

Keith Ellison took the action just days after Gov Tim Walz asked the Attorney General to take over the prosecution, which had been led by the Hennepin County Attorney’s Office.

Family attorney Benjamin Crump tweeted the reaction of Floyd's relatives, who said: "This is a bittersweet moment.

"We are deeply gratified that @AGEllison took decisive action, arresting & charging ALL the officers involved in #GeorgeFloyd's death & upgrading the charge against Derek Chauvin to felony second-degree murder."

On Wednesday, Crump spoke at the site where Floyd was “tortured to death” during his arrest in Minneapolis.

“They are just as guilty for the death as Chauvin," Crump said, regarding the other three officers present.

He accused fired officers Thomas Lane, J.A. Keung and Tou Thao of all “participating” in the death of Floyd, who was pinned down to the sidewalk for more than eight minutes.

"They all participated," Crump continued as he urged the AG's office to deliver justice.

"Do your job," he said. "Because all the world is watching."

Terrence encouraged protesters to "do this another way" — by voting out those who are currently in leadership. 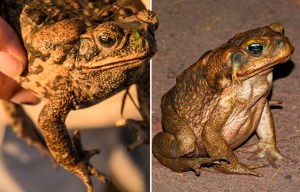 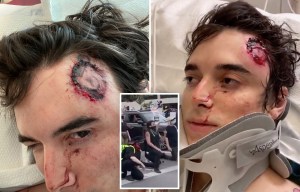 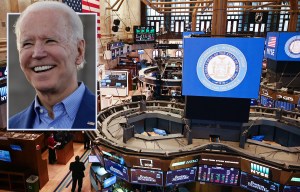 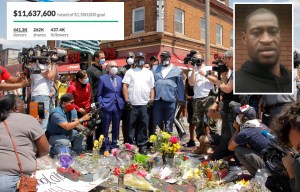 "Let's switch it up, y'all. Do this peacefully, please," he pleaded with the crowd. "My brother moved here from Houston and I used to talk to him on the phone, he loved it here."

"I highly doubt — no, I know — he would not want y'all to be doing this," Terrence told protesters at the vigil, adding those who are violently protesting need to "relax."

Lazio has lost 3 matches in a row and can concede 2nd place in Serie A if Atalanta wins against Juve
A Parma employee has a coronavirus. The team is isolated on the base, but will continue to play in the championship
Kalidou Coulibaly: Napoli is not going to Barcelona as tourists. We are able to give battle
PSG have extended their contract with Kimpembe until 2024
Suarez is not in the start for the match with Valladolid. He has scored 4 goals in the last 4 games for Barca
Dyche Pro 1:1 with Liverpool: top team Scored. Talking about three points is too much
Klopp on the draw with Burnley: Liverpool should have scored 3-4 goals. We are disappointed
Source https://www.thesun.co.uk/news/11777943/george-floyd-brother-looters-dont-disrespect-name/