BROOKLYN Beckham has unveiled a huge new neck tattoo dedicated to his fiancee Nicola Peltz and a love letter she wrote him.

The sweet tribute is one of five inkings he has dedicated to Nicola with the 21-year-old boasting an impressive collection of tats all over his body.

From the cryptic numbers on his arm to the touching nod to his parents, few parts of his body have remained untouched.

His latest inking is just below across the top of his back and is of a love letter the 26-year-old wrote for him.

It reads: "My forever boy. Read this anytime you feel anxious. I want you to know how deeply loved you are.

"You have the kindest heart I've ever met and hope I never go a day without your love.

"I think you are so incredible. Just we can get through it all together if you breathe slow and trust. I love you beyond.

Earlier this week, Brooklyn showed off another tattoo tribute to Nicola on his arm.

"My life, my love, my truth, my breath, my reason, my beauty, my precious," the new tattoo read.

Nicola shared a picture of her fiance's new inking on her Instagram stories as he rested his arm on her leg.

Earlier this month the 21-year-old got his fiancee's late grandmother's name tattooed onto his arm in a sweet birthday gift.

The 26-year-old actress was understandably emotional by the gesture, with her beloved grandma Gina passing away on her 25th birthday last year.

And perhaps the most obvious tribute to his love is the enormous pair of eyes he has inked on the back of his neck.

The peepers are the exact copy of Nicola’s.

He also has his partner’s name permanently written on his neck.

Back in 2018 made a special trip to celebrity favourite Bang Bang Tattoos in New York where he added to his extensive leg tattoos.

The tattoo is believed to be a dedication to his younger sister Harper Seven who isa budding dancer herself.

At first glance, you may think Brooklyn’s arm tattoo is just a series of numbers, but they actually have significant value for the star.

However, the tattoo could also have two meanings as dad David Beckham's birthday is May 2, which could link to the "02" and "05" as well.

A no-brainer when it comes to figuring out the meaning of this one.

Just a month before he added the dancer to his collection, the budding photographer has the word 'mum' wrapped around a rose-covered heart inked on his left arm.

The inking was once again the work of Bang Bang Tattoos.

In 2019 body art fan Brooklyn proudly displayed yet another tribute to Victoria Beckham with "mama's boy" standing out on his left pec.

When it comes to tributes to David, Brooklyn has a touching nod to his dad just above his navel.

The word Buster is inked there, which was his dad’s nickname for him when he was born.

A second tribute to the footballer can be found below Brooklyn's thumb, 1975, the year David was born.

In 2018 the Beckham’s eldest proved his dad is a big ink-spiration after getting an angel tattoo on his chest similar to David's famous etching.

They are not identical to the 43-year-old football star's intricate family scene but they are in the same position on his left pec.

Back in 2017 Brooklyn wanted to right a few wrongs with his new tattoo, which was proof that he wasn't conceived in New York like everyone thinks.

The firstborn of Victoria and David Beckham was in fact "Made In England" as per his inking.

Just a week after he got his very first tattoo, Brooklyn proved himself to be as avid fan of ink as his dad as he got his second, a camera.

The hyper realistic inking by Dr Woo paid homage to his chosen career and passion for photography.

At 18, Brookyln was quick to follow in his father’s footsteps when it came to his very first tattoo, a Native American chief, a replica of one David has.

However, Brooklyn's tattoo of a Native American in traditional headdress was met with a fierce backlash online, with some calling his choice ‘disrespectful.’ 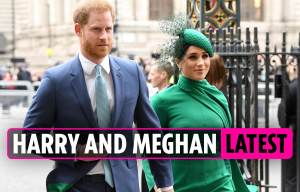 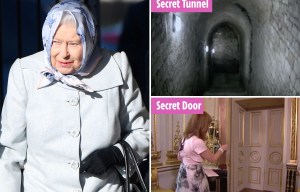 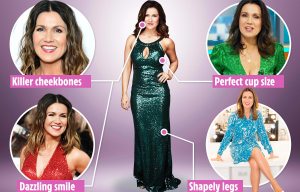 From cheekbones to superb figure, why Susanna is scientifically perfect 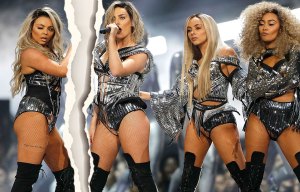 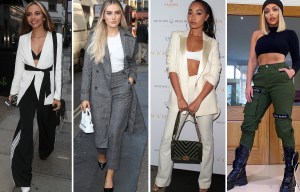 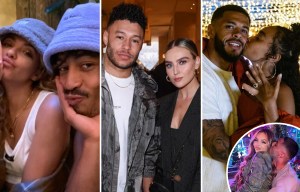 SHOUT OUT TO MY EX

From Zayn to Chris Hughes, Little Mix had their fair share of heartache

In other celebrity news, here's how Jennifer Lopez stays looking young without Botox.

And these are the the famous mums with ‘secret’ stepkids, including Frankie Bridge, Stacey Solomon and Fearne Cotton.

Plus we took a look at Lauren Goodger’s astonishing transformation- including a boob job, nose job, fillers & lipo to fix her ‘lumps and bumps’.