BRIT tourists have told of their terror after being trapped in a quarantined Tenerife hotel when a guest tested positive for coronavirus.

Around 1,000 holidaymakers staying at the H10 Costa Adeje Palace are said to have been quarantined inside the complex in the past few hours after a visitor from Italy was confirmed to have the bug.

The four-star hotel is on the south of the island and is extremely popular with British tourists at this time of the year.

Police are now surrounding the hotel to make sure no one enters or leaves, to control the virus' spread.

And Brits have now told of their terror after being ordered to stay in their rooms.

Hannah Green, 27, from Herts, said she is having a "holiday from hell" and is terrified for her one-year-old son.

She said: "We woke up to a note under our door this morning saying that for health reasons not to leave our room.

"I called downstairs to reception as soon as I saw it and they wouldn't tell us anything.

"So I quickly got on my phone and googled and saw a man had tested positive for coronavirus so I basically assumed it was that.

"People are moving around the hotel but we're not. We're in our room with the baby. We're worried for the baby."

Hannah said she would like to go home but added: "I don't think we'll be allowed to leave. We don't want to be here. We're fed up now."

I don't think we'll be allowed to leave. We don't want to be here."

She said a sandstorm at the weekend had also confined them to their rooms.

The mum added: "The sandstorm was the day after we arrived, Sunday, so we had to stay in the hotel then.

Another couple, David Hoon, 60, and Pamela Scott, 63, from Matlock, Derbs, who also travelled with Tui, told the MailOnline they were surviving on meagre snacks.

Mr Hoon said: "Nobody is telling us what's going on, how long this is going to last and who is going to feed us. The way this has been handled is a disgrace.

"The hotel is like a ghost house and my fear is that by trapping us inside it, we stand more chance of catching the coronavirus. This whole thing is very worrying."

John Turton, from Hale in Greater Manchester, told BBC: “The hotel has been cordoned off but we're trying to make the best of what's going on.

“We haven't been given any more information other than the note but we're going to just wait, try and enjoy the holiday and see what happens.”

And he said despite the advice to stay in their rooms, guests were “moving around normally” and eating breakfast from the buffet.

Regional health authorities were today seen arriving at the hotel wearing protective face masks to takes samples from staff and guests and assess the scale of the outbreak.

The infected Italian tourist, who comes from Italy’s Lombardy region where several people have died, had reportedly been staying at the hotel for seven days with his wife.

He went to a local health centre on Monday afternoon after feeling unwell for several days.

He has now been quarantined at Nuestra Señora de Candelaria University Hospital in Tenerife’s capital Santa Cruz along with his partner, who is said to be in isolation after visiting medics with him.

A receptionist at the four-star hotel this morning had initially insisted there were "no problems" at the hotel but a later statement said that steps were being taken to control the outbreak.

A regional health authority spokeswoman said: “The hotel guests are not in quarantine. Health vigilance procedures are in place.

“The measures will be subject to modification during the day as health experts decide on the best course of action.”

The spokeswoman said one of the modifications could be a “formal ban on people entering and leaving the hotel.”

Holidaymakers now say they have been told not to leave their rooms, making it a quarantine in all but name.

In a statement, the hotel chain says it is 'working closely' with health authorities and says it is giving the 'clients and hotel staff all the necessary attention and care so that they are cared for at all times.'

The guests of the Tenerife hotel have been undergoing 'sanitary controls since this morning', according to sources from the Ministry of Health of the Canary Islands.

A note handed to guests read: "Dear guests..We regret to inform you that for healthy reasons, the hotel has been closed down. Until the sanitary authorities warn, you must remain in your rooms."

Canary Islands president Angel Victor Torres confirmed late last night: “This afternoon the coronavirus protocol has been activated for an Italian tourist in the south of Tenerife.

“The result from the first test carried out in the Canaries is positive.

“Tomorrow new tests will take place in Madrid. The patient has been quarantined.”

A notice has been attached to the back gate of the hotel which reads in Spanish, 'Entrance forbidden to people not authorised', while cops wearing face masks seal off the hotel using barriers.

A spokesman for the regional health authority added: “The protocol states that a second test must take place at the National Microbiology Centre at the Carlos III Health Institute in Madrid.

“The patient has been quarantined and is under the care of health workers.”

The Italian’s age has not been made public.

A Foreign Office spokesman said: "Our staff are offering advice and support to a number of British people in a hotel in Tenerife and their families.
"We are in close contact with the hotel management and the Spanish authorities, and are seeking further information."

A spokesperson from H10 Hotels said: "Following the report of a possible coronavirus case detected in a customer from Italy, staying at the H10 Costa Adeje Palace, H10 Hotels has implemented all health and operational recommendations from the health authorities to ensure the safety and well being of customers and employees.

"Additionally, we are providing customers and hotel staff all the necessary care and attention so that, despite the inconveniences this situation may cause, they are taken care of in the best way possible."

It is Spain’s third coronavirus case.

A German holidaymaker was quarantined in hospital in the Canary Island of La Gomera after testing positive. 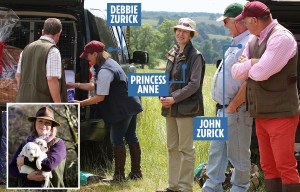 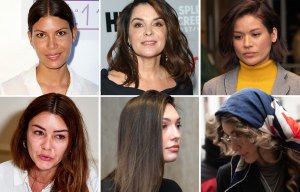 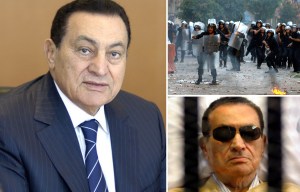 He has now been allowed home, as has a 46-year-old British expat in Majorca who was hospitalised after picking up the killer bug at the Alps ski resort visited by coronavirus super-spreader Steve Walsh.

The expat’s wife and daughters, aged seven and 10, and an eight-year-old boy who had close contact with the family, were also tested for the virus.

All tests on them came back negative.