BRITS spoke of their “huge relief” at fleeing France after it was announced it would be added to the quarantine list.

Hundreds of passengers were on late night ferries from Calais to Dover in Kent last night.

Robert Chmieilswki, 33, was returning home to the U.K. - where he has lived for seven years - after being on holiday visiting pals in France.

“I came home early as I knew quarantine was coming. I have my ferry with P&O and that’s great. I’m relieved.

“Some of the announcements have been chaos so I thought if it’s coming I should head home. It’s great news.

“I’m very happy. I thought I was jinxed because I accidentally booked this as Dover to Calais. I have no idea how that happened but I’ve had a bit of luck now.”

The office worker told The Sun: “I booked this ferry this morning. The cases had been creeping up for a few days and I had to get out. It became too much of a risk. I’ve been on a break out there.

“I think it’s good that there’s 24 hours notice for others, it’s not always been like that.

“It seems more organised which is good. It does feel a bit like a great escape out of here. I thought it was going to happen eventually but not this quickly.”

Last night Roger Slight, 50, was about to take a ferry from Dover to France as part of a road trip to Norway when he heard the news.

The property developer, from Gerrards Cross, Bucks, was filling up his VW camper van when he learned of the new quarantine rules.

He told The Sun: “I hope it’s not just lip service to make people feel better.

"Let’s hope there’s some real science behind the move. We all want to get back to normal.

“It is annoying, but I think it’s a good thing if it’s for public safety and the public interest. This virus is an ugly thing.

“People do need to adhere to the rules. If the move works then I’m totally for it. Luckily I am able to work from home.

“I hope it doesn’t affect us as we’re just driving through France and staying inside the camper van.”

Half a million Brits in France face a desperate dash to get home after the country was tonight kicked off the government’s safe list.

Transport Secretary Grant Shapps announced this evening that 500,000 holidaymakers have until 4am on Saturday to return to the UK to avoid isolating for two weeks.

Another 500,000 set to go to France this summer have also had their plans thrown into doubt.

The Foreign Office travel advice for France will change. It will advise against all “non- essential” travel to our neighbour —  but it will mean that those due to head there on holiday will be able to claim their cash back.

A string of other popular destinations, including Malta and Holland, have been booted off the green list.

Monaco and the Faroe Islands have also been removed along with Caribbean destinations Aruba plus the Turks and Caicos.

"If you arrive in the UK after 0400 Saturday from these destinations, you will need to self-isolate for 14 days."

France was added to the UK's quarantine after a crunch meeting of ministers on Thursday.

The PM said yesterday while on a trip to Northern Ireland: "We have got to be absolutely ruthless about this, even with our closest and dearest friends and partners. I think everybody understands that.

"We can't be remotely complacent about our own situation.

"Everybody understands that in a pandemic you don't allow our population to be reinfected or the disease to come back in."

The PM now risks a row with French president Emmanuel Macron, who was on holiday yesterday in the South of France. 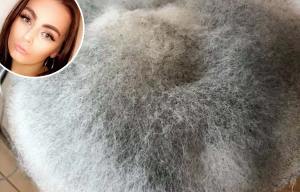 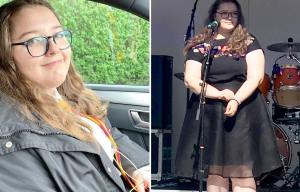 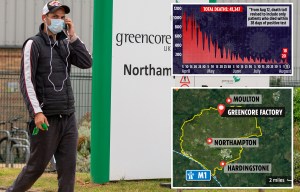 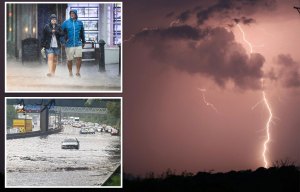 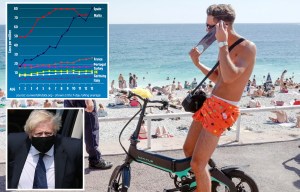 France's secretary of state for European affairs said the UK decision would lead to "reciprocal measures" across the Channel.

Clement Beaune tweeted: "A British decision which we regret and which will lead to reciprocal measures, all in hoping for a return for normal as soon as possible."

Barcelona's Interest in Isak Increased after Koeman's appointment. Larsson has a high opinion of the player (Mundo Seportivo)
Manuel Pellegrini: When you play against Real Madrid and var, it's too much
PSV and Porto are Interested in Barcelona midfielder PUC. He doesn't want to leave the club
Puyol about Barcelona: If we want to win the championship, we need to perform very well
Schalke sacked Wagner. The team has not won the Bundesliga since January
Iacini on 3:4 with Inter: Even a draw would be an unfair result, given how many chances Fiorentina created
Ramos Pro 3:2 with Betis: the Referee tried his best and didn't do anything intentionally
Source https://www.thesun.co.uk/news/12398676/brits-relief-fleeing-france-two-week-quarantine/

Manny Pacquiao will have ‘an easier time against Conor McGregor than he did against Ricky Hatton’, blasts trainer Roach

Self-employed help: What grants and support are available?

Chaos on edge of Europe: Armenia and Azerbaijan clash - 'Could throw region into fire'

Timo Werner 'unhappy' with Chelsea after draw at West Brom

Third wave of coronavirus in the UK 'entirely possible'

Who will ride Stradivarius in the Arc? French jockey Mendizabal the favourite for Longchamp showpiece

The Witcher season 2: Basil Eidenbenz cast as Eskel after Thue Ersted Rasmussen forced to drop out

Hull City closing on on deal for Liverpool's Ben Woodburn

Coronavirus: Nearly 60 per cent of Wales now under lockdown as restrictions extended

Armenia and Azerbaijan map: Where is Nagorno-Karabakh?

Military suicides up as much as 20% in COVID era

Infection rate in one part of Wales continues to massively increase

Pensioner claimed £17,000 of UK benefits - even though she was living in Spain

RSPCA urging people to write to MPs ahead of Agriculture Bill

The Valleys land described as 'notorious for being lawless'

Pakistan floods: Families forced to live in the open and rely on emergency food