HOLIDAYMAKERS were today set to be given the ‘green’ light to go abroad without having to quarantine — but only to Israel, Malta and Gibraltar.

However, hopes of a summer break in Portugal have soared, with ministers poised to also put the popular destination on England’s approved list in the traffic light system.

It came as TV’s Holly Willoughby, 40, told of her joy over the UK’s vaccine rollout as she got her jab yesterday.

Whitehall insiders said that “bar a last-minute change”, Portugal has been declared safe by both government medics and transport chiefs.

Transport Secretary Grant Shapps was due to reveal the full list of Covid-secure destinations from May 17 at a Downing Street press conference this afternoon.

Most popular destinations such as France, Spain and Greece are likely to be ‘amber,’ so holidaymakers will need to take two PCR tests during their ten-day quarantine at home.

But ministers are confident they will also go green in time for the summer rush.

Airlines have already started ramping up prices to Portugal for flights the week legal trips can resume.

Ryanair journeys to Lisbon have jumped from £15 on May 16 to £152 the day the holidays are getting the go-ahead.

British Airways is charging £530 for a flight from Heathrow to the Algarve on May 17, which is when the ban on foreign holidays will be lifted for people in England.

PM Boris Johnson and his Cabinet were set to sign off the plan to carve up the world into green, amber and red regions depending on their Covid risk this morning.

Destinations deemed safe will be ‘green’, meaning tourists will have to take a test before they depart, and a second two days after they come home — but not quarantine.

Those coming back from ‘red’ countries will still have to fork out £1,750 to quarantine in a government-approved hotel.

As the successful vaccine rollout continued at home, telly star Holly described the emotional experience of getting the jab - but joked she felt “left out” because she did not experience any side effects.

Speaking on ITV’s This Morning, she confirmed she received her first dose on Wednesday.

She said: “It’s quite an emotional experience, isn’t it?

"There’s sort of a real atmosphere that we’re all finally getting that vaccination that we’ve wanted and you’re sort of on the road to being completely safe and protected."

Co-host Phillip Schofield, 59 said he felt fine but had a “slightly bruised arm” when he had his, prompting his co-star to say: “I haven’t even had that, I feel positively left out.”

With freedom hopes soaring here, the traffic light system will be based on measures including the proportion of a country’s population vaccinated, rates of infection and emerging new variants.

Gibraltar, which has vaccinated its entire population, is a dead cert to be green.

As The Sun revealed last month, every passenger arriving in the UK will be required to take a test, with the result entered into a passenger locator form.

Passengers who refuse or fail to complete the digital paperwork will be barred from getting on the plane, train or ferry and face a hefty fine.

Mr Shapps is expected to confirm that travellers from England will be able to pack a free NHS rapid test to take before they come home to help slash the testing cost.

But every arrival will have to take a gold standard PCR test — booked before the holiday — at least two days after coming home.

The private tests will be used to catch and stop any vaccine-busting variants from entering the UK and usually cost around £120, although some providers on the government list are dropping to around £45.

There will be no exemptions for fully vaccinated punters.

But Tui, the UK’s largest hols firm, announced it will offer customers tests for a fraction of standard prices.

The cheapest package, aimed at people returning from green destinations, will be available for just £20, and consist of the rapid lateral flow test and a PCR.

A £50 package will be available for those coming back from amber countries.

Rory Boland, editor of magazine Which? Travel, said the announcement of £20 packages was “great news - but only for Tui customers”. 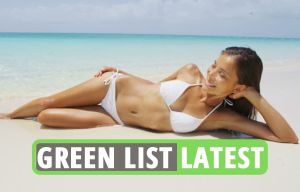 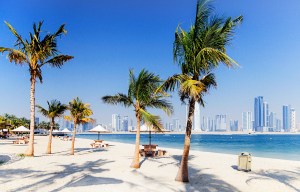 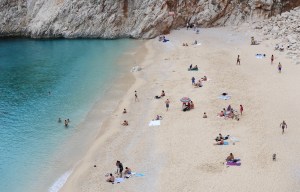 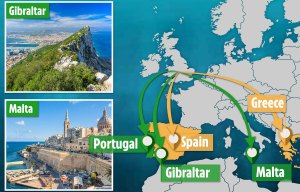 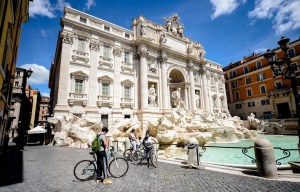 Italy to welcome tourists from mid-May with 'national green pass'

He urged the Government to “reduce the cost of testing across the board, rather than have consumers rely on a system that is currently fragmented and flawed”.

Yesterday, it emerged those trying to return from red list countries are skipping the mandatory hotel quarantine by staying in Turkey instead.

Tour operators are offering packages which let passengers stay there for at least ten days — so they can isolate at home on their return.

Brits to shun sunshine breaks and nights out after lockdown – and want time in the garden instead, pollsters reveal