BOOZED up Tier 2 Brits wrapped up warm to celebrate the reopening of pubs and bars tonight.

Chilly temperatures didn't put punters off tonight as groups gathered for a 'substantial meal' and drinks outdoors after a month of national lockdown came to an end.

Today the country has moved back into a "beefed up" tier system - with restaurants and shops allowed to open back up after a month of lockdown.

To accommodate people meeting with other households in Tier 2, pubs have opened al fresco dining areas so friends can eat and drink outside.

Outdoor heaters and gazebos have been erected by creative business owners to insure they get as many customers as possible after a month of closure.

But not seeming to be too fussed by the cold, a group of women in Liverpool and York were seen strutting around in dresses, with some choosing to ignore coats all together.

For most of those happy to be reunited with friends, they chose to wrap up extra warm with scarves, hats and thick winter coats.

In Soho small groups were seen enjoying a drink outside, bundled up in winter warmers.

Despite the welcomed reopening of pubs, the scenes were incredibly different to those seen on 'Super Saturday' in July where nearly all social distancing and Covid awareness was thrown out the window.

It wasn't all smiles though as those in Tier 3, like Manchester, were only allowed to pick up takeaway booze and drink on the go.

The usually vibrant pub scene in the city, which is typically booming this time of year, was a ghost town.

Whereas for two per cent of people living in Tier 1 - Cornwall, Isle of Wight,  the Isles of Scily - revellers celebrated in pubs with just the 11pm curfew and Rule Of Six to contend with.

Christmas shoppers were spotted taking advantage of late night shopping on Oxford Street in London tonight after most shops were closed during the November lockdown.

Pubs and bars are only allowed to serve booze if it can be accompanied with a 'substantial meal'.

For 'wet pubs' - establishments that do not serve food - Boris Johnson gave the green light for landlords to team up with local takeaways as a way of providing punters with food.

One pub in Worcester paired up with a fish and chip shop to provide grub for punters.

Asked whether Deliveroo orders could be sent to pubs to comply with the requirement to have a 'substantial meal' in Tier 2 areas, the Prime Minister's official spokesman said customers were banned from bringing in food purchased elsewhere.

"It's for both customers and venues to act reasonably and to exercise good judgement when adhering to these regulations," the spokesman said.

"But businesses that do not ordinarily serve food may enter into a contracting arrangement with other local restaurants, for example, in order that they are able to do so and remain open.

"However, allowing customers to bring food into the premises that has been purchased elsewhere in order to consume alcohol remains prohibited."

This morning boozers in Tier 2 hit the pubs this morning for a beer with breakfast to celebrate the end of the national lockdown.

One thrilled person tweeted "I'm off for a cooked breakfast and a pint" as Brits were snapped tucking into breakfast with their pints.

The Sun stopped by for a swift one at The Kentish Drovers, Peckham, in Tier 2 - where delighted punters eagerly turned up from 9am this morning.

Nursing a draft San Miguel and eating a veggie breakfast, Goldsmiths’ student Sam Adams, 20, said: “Its a great place to come and socialise again over a lovely pint.

“It’s what’s been missing in the second lockdown and a massive part of our university lives.”

Another drinker, Neil Flynn, 51, said he had been “counting the days” until he could head back to the Drovers, which he goes to every Wednesday and Thursday.

He told The Sun the Government’s new rules were “too harsh” as he tucked into a pint of Doombar and one of Spoons’ small breakfasts which sells for £3.19.

“I just wanted a bacon sandwich and I can’t have a drink with that.”

Jack Cooper, 21, a carer from Greenwich, couldn’t wait to get a freshly poured pint this morning.

He tucked into a full English and a pint of lager at 11am as soon as The Montague Pyke on Charring Cross Road opened its doors.

He told The Sun: “This is the best pint I’ve had in the last four weeks - having a can at home just isn’t the same. It’s so nice to finally get out of the house and be around other people.

And drinkers in The Rockingham Arms in Southwark enjoyed their first pub session in four weeks but grumbled about the new rules after having to order a basic breakfast.

The boozers tucked into bacon sandwiches with beers lined up on the table so they could stay for longer.

David Lloyd, 70, from Southwark, said: "I ate breakfast before I came out but still had to order something.

"I tried asking for a scotch egg but they don't have any so got a cheese sandwich that I've kept in my pocket for later.

"You have to order your drinks in bulk but once they're done, you have to leave. One regular left because of the new rules." 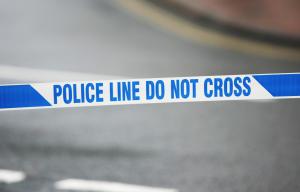 But Brits couldn't contain their excitement online about a trip to their local later on.

One keen to hit the pub tweeted: "And we're out of lockdown! Woohoo! Who wants to come to the pub with me for a pint and a substantial meal?"

And another happily added: "Lockdown is over, you can catch me in the pub with my friends tonight."

Setien is demanding 4 million euros in compensation from Barca. Valverde's resignation cost the club 11 million
Two Cornell players tested positive for coronavirus after the match with Barca
Mbappe finished 1st on the Ligue 1 goalscoring list, scoring 13 goals in 17 appearances. He broke the streak of 4 games without goals
Holland has scored 27 goals in his first 28 Bundesliga appearances. He's the second person to do this
Sevilla are trying to sign Papa Gomez, Monchi is in talks. Atalanta wants to sell him to a club not from Italy
Holand has scored 14 goals in 13 Bundesliga games this season
Neymar is playing his 100th game for PSG. He has been at the club since 2017
Source https://www.thesun.co.uk/news/13366793/brits-hit-the-bars-after-lockdown/