A glamour model who has splurged £10,000 on five boob jobs has revealed how her 32NN cups – thought to be two of the biggest breasts in Britain – are so huge that she is unable to drive.

Naturally a 30E, Leia Parker, 25, has always had a large chest – but growing up, she felt desperately self-conscious about her looks.

Aged 17, she began doing part-time promotions work around her college course and over the next two years, transitioned more into modelling.

To boost her confidence, she decided to get breast implants aged 19, paying £2,500 to increase her cup size to a 30FF.

Realising that her ample chest could lead to some well-paid glamour modelling work, she went under the knife again a year later and has now had a total of five operations.

Now a 32NN, she believes she is the proud owner of “Britain’s biggest boobs,” which can earn her up to £10,000 a month through modelling gigs – but do not come without their problems. 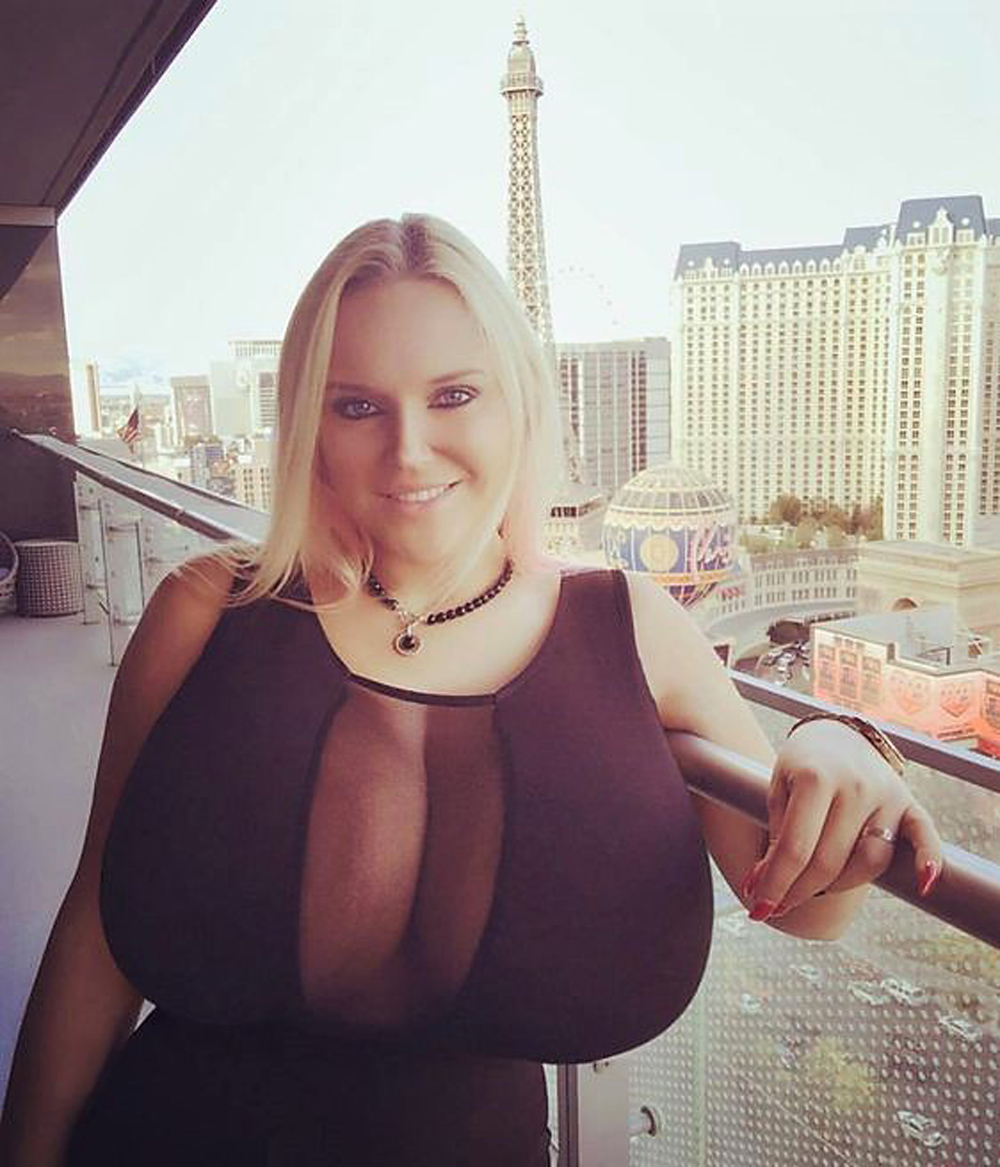 Leia in Las Vegas, USA in 2019 after her fourth operation (PA Real Life/Collect)

Leia, of Twickenham, south west London, who is 5ft 3in, said: “I’ve had five boob jobs. I paid for two myself, which cost a total of £10,000, and the others were paid for by other people.

“I had three in the UK, which took me to a 32K, but after that, surgeons here said they couldn’t take me any bigger, so I had to go abroad instead.

“Now I’m a 32NN, which I think are some of the biggest boobs in Britain. I have had to learn to adjust to having them.”

She explained: “For example, I go to the gym a lot but I can’t run with them as it hurts my back and shoulders, and I can’t drive either as it’s too painful for my arms to stretch around them to reach the steering wheel.

“I even sleep with a special pregnancy pillow – it’s the only way I can get comfy.”

Growing up, like many young women, Leia struggled with her self-esteem. 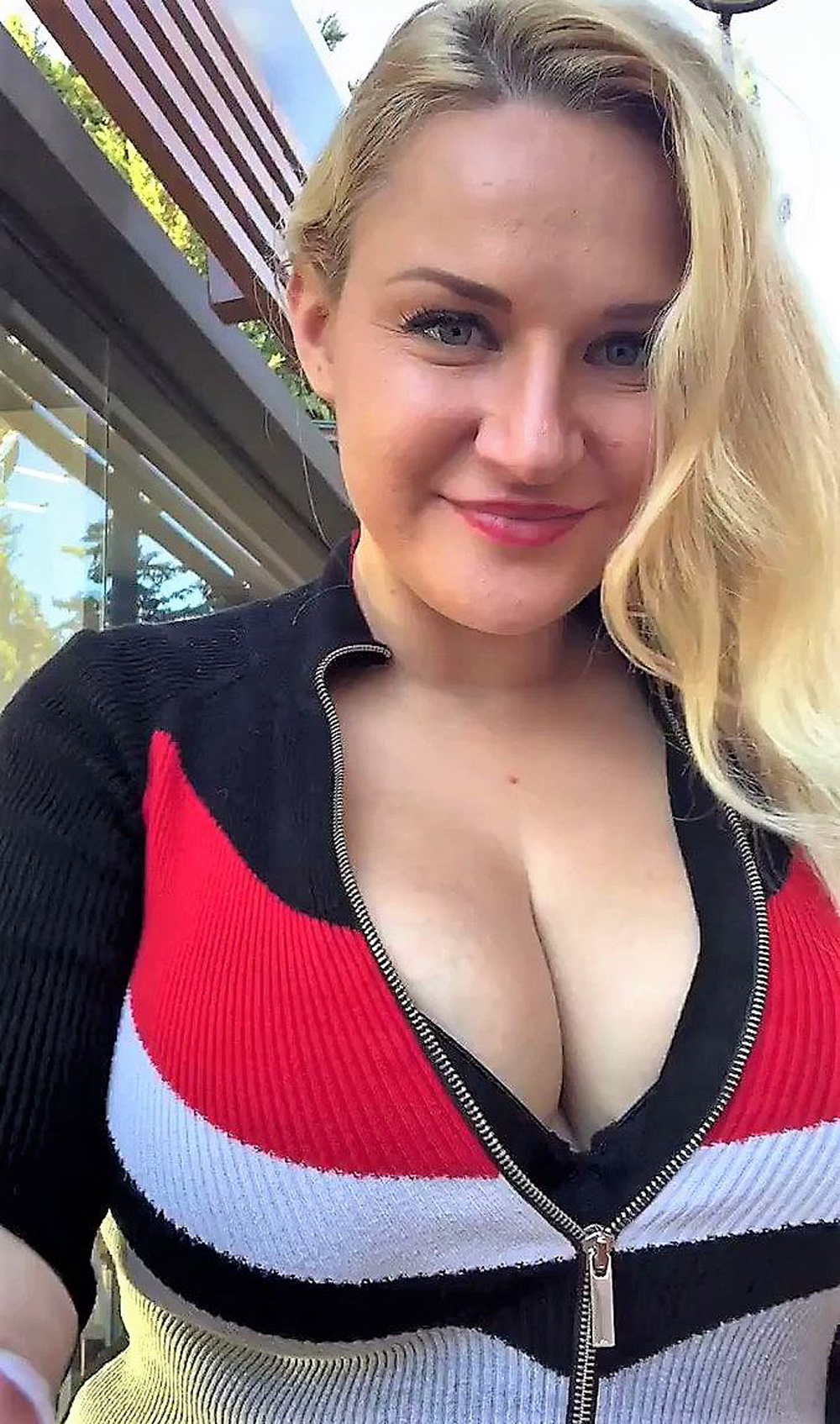 Around the age of 14, she even began to suffer with bulimia – an eating disorder where people will binge eat before either making themselves sick, using laxatives or doing excessive exercise in a bid to prevent weight gain.

“I didn’t really like myself,” she admitted. “I always felt I wanted to be slimmer.”

Eventually heading off to college to study hair and beauty, things turned a corner for Leia aged 17, when a friend helped secure her some promotions work, handing out flyers and samples for various brands in her local shopping centre.

Soon making good money, she decided to leave her college course so that she could work full-time.

Over the next couple of years, she moved from promotions work into modelling, taking on jobs like being a ring girl at boxing matches.

“Some of the outfits I wore meant that my figure was on show a lot,” she explained. “I was also surrounded by lots of other girls working in the industry who’d had cosmetic surgery, like boob jobs.” 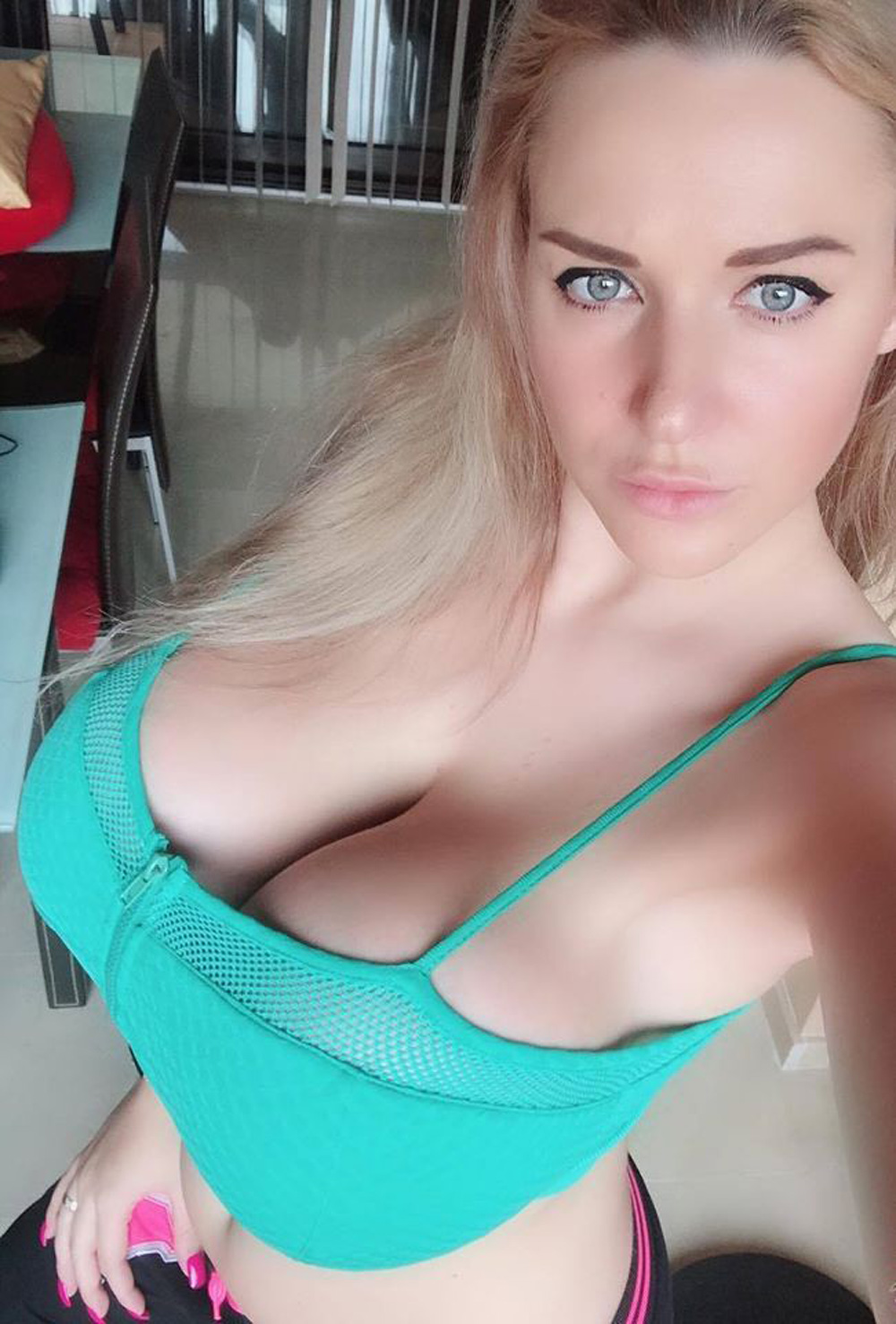 Leia in 2016 after her second operation (PA Real Life/Collect)

She added: “I eventually decided I was going to get one too, to boost my confidence.”

In July 2014, aged 19, Leia paid £2,500 – money she had saved up herself from her promotions and modelling work – to have her first set of silicone implants at a private hospital in Bristol, Somerset.

At first, her mum, Sandra Parker, 48, was unsure about her daughter going under the knife so young. 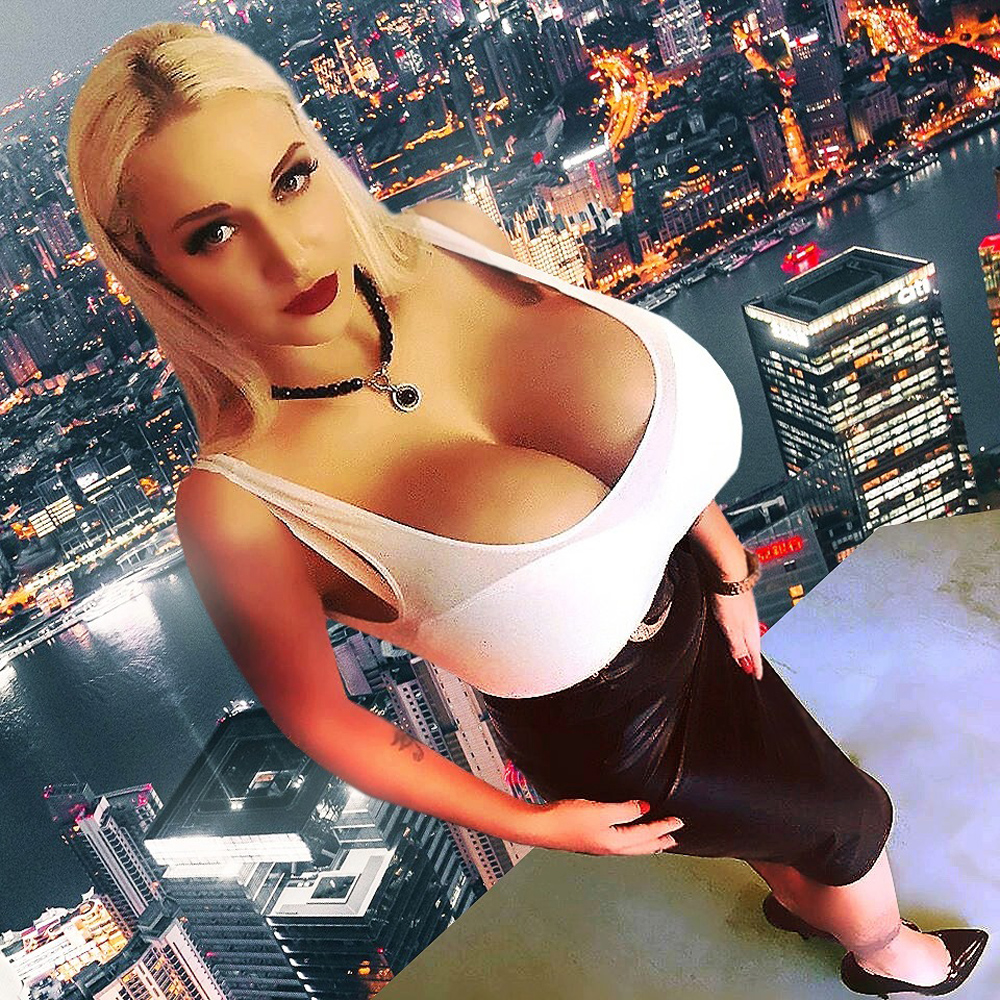 “She was worried and kept asking me why I wanted to do it when I had quite a big chest naturally anyway,” she said. “But she soon realised that it made me happy.”

The operation went without a hitch, and Leia found her confidence was heightened so much that, a year later, she had a second set of implants – this time a 32H cup, paid for by a friend.

She continued: “I had never planned to keep going and get huge boobs. Before my second operation, I was a bit worried I would pigeonhole myself career-wise and put off brands that I’d worked with before because I didn’t look like the ‘right type’ of girl anymore.”

“But actually, my surgery opened up doors elsewhere and I got more and more glamour work,” Leia explained.

In 2017, Leia got her third boob job in the UK, paid for by her then-boyfriend as a present.

After that, her cup size was a whopping 32K – but she still wanted to go bigger. However, she could not find a surgeon in the UK willing to help her. 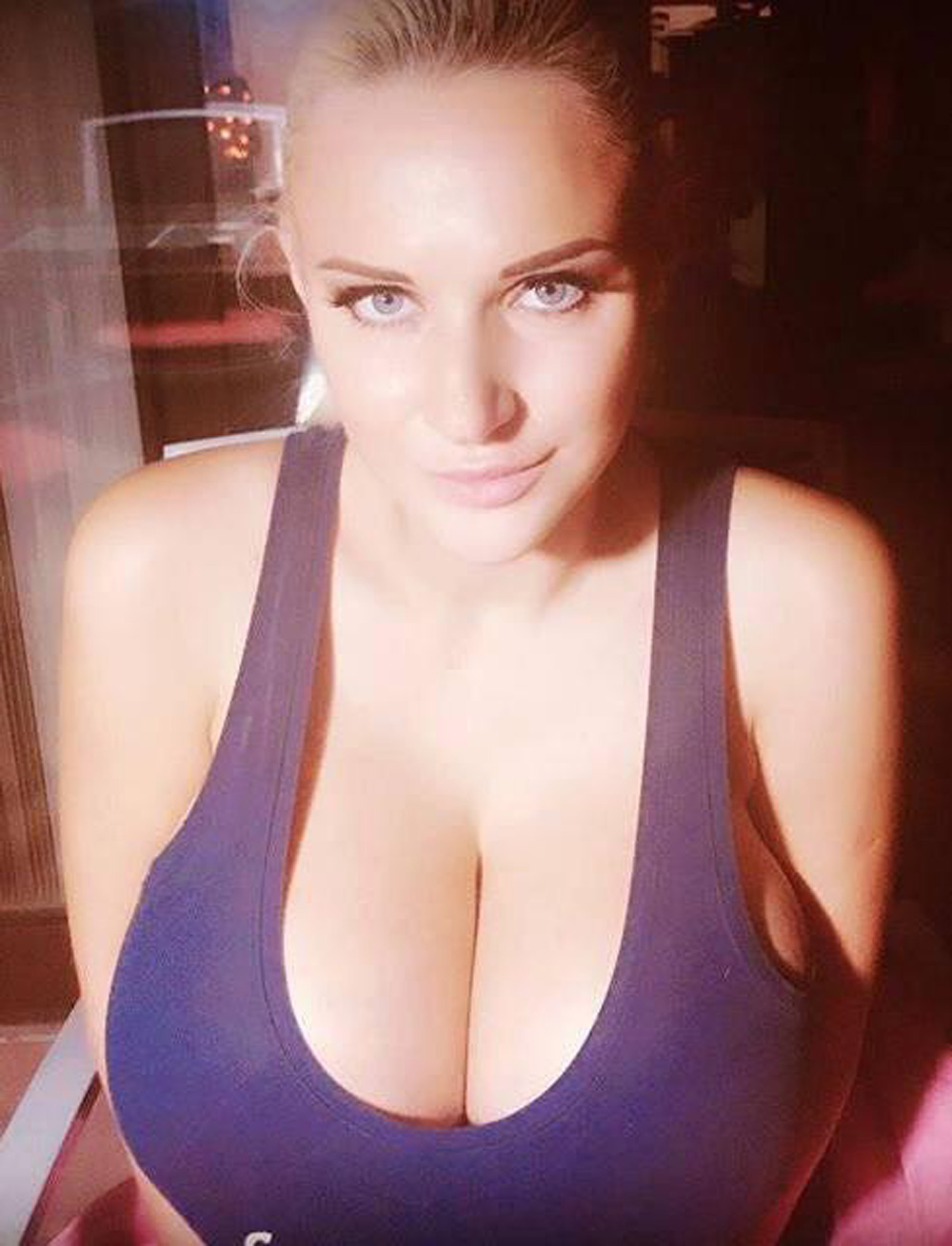 According to the British Association of Plastic, Reconstructive and Aesthetic Surgeons (BAPRAS), implants are not measured by cup size, but rather by volume in millimetres, or weight in grams.

During a consultation, surgeons will assess the patient’s chest wall, determine how much breast tissue and skin is available and take into account their height and weight in order to work out an appropriate size.

In Leia’s case, she was told that her chest could not accommodate larger implants.

So, she decided to search further afield, and eventually found a doctor in Warsaw, Poland, willing to help take her to a 32L.

The operation – her fourth breast augmentation – took place in May 2018, and was paid for by the same ex-partner.

“Big boobs became my thing, and the men in the industry I work in liked my look,” she said. “I figured the bigger I went, the more work I could get. I thought it would be good for my career if I could say that I had some of the biggest boobs in Britain.” 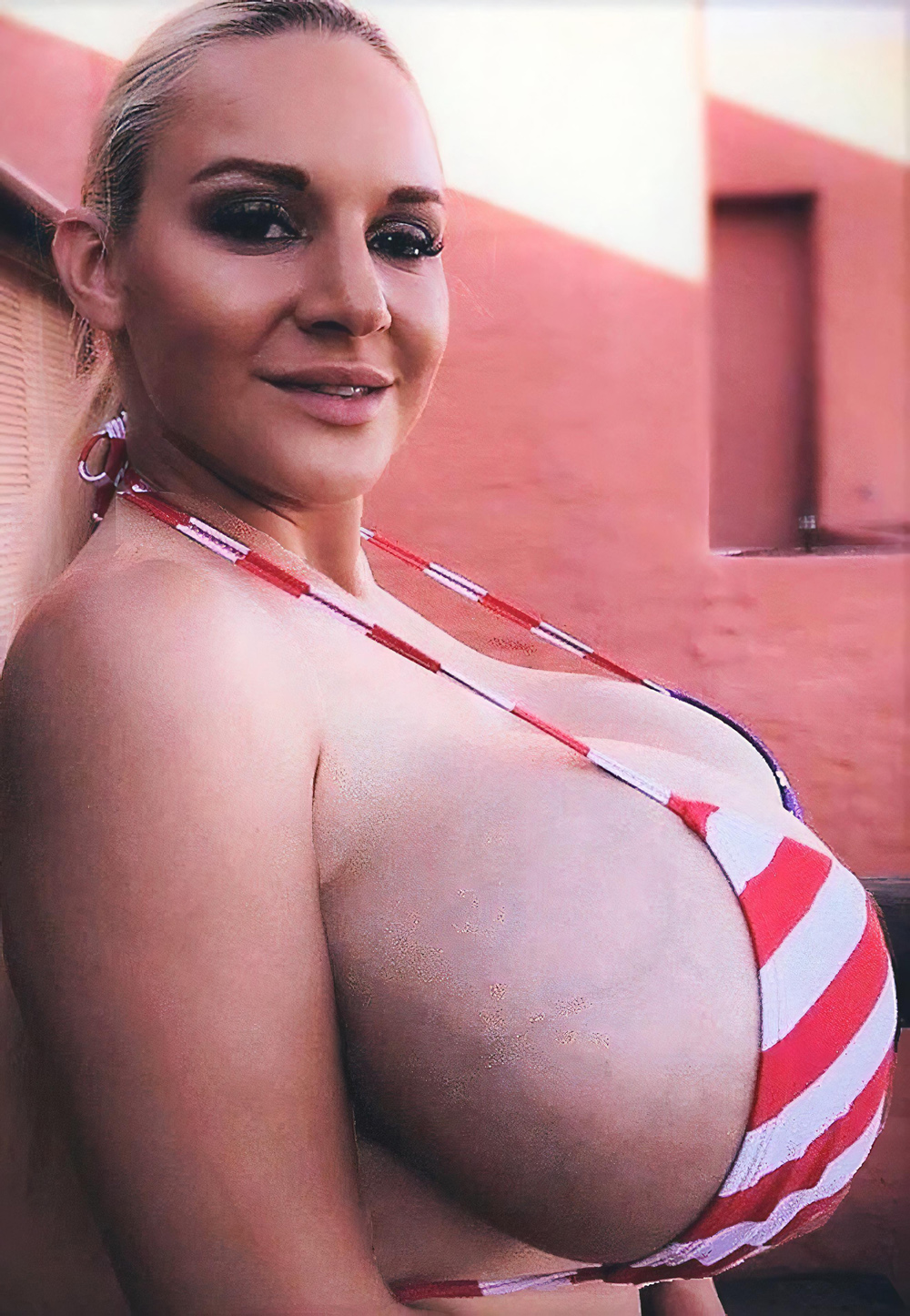 Leia in a custom made bikini (PA Real Life/Collect)

She added: “It was more expensive as I had to have custom-made implants, given that they were so big.”

Now, she is completely happy with her look and is not planning any more surgery. 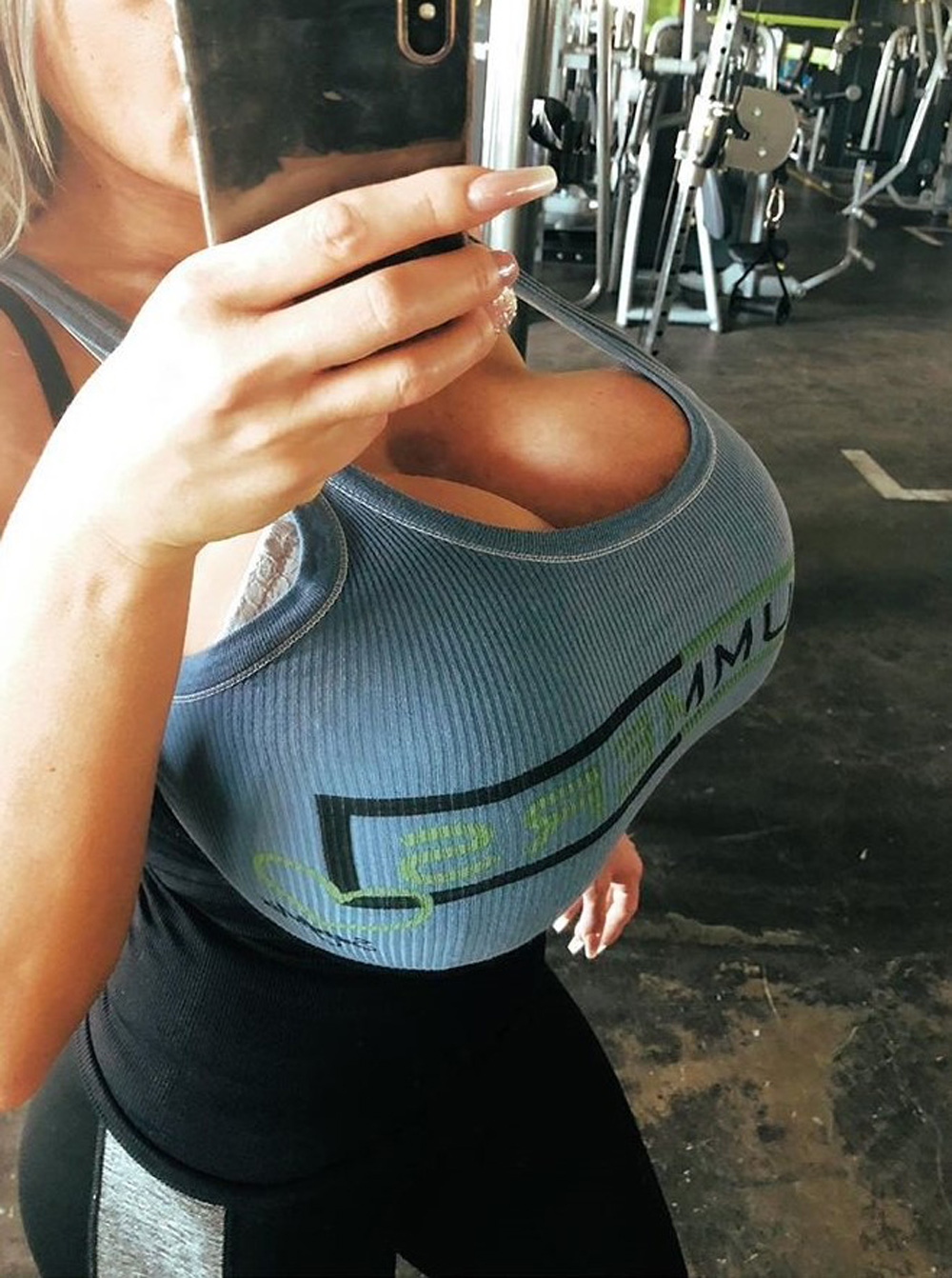 But having such an ample chest can make everyday life tricky.

Unable to shop for bras on the high street, she has to order them custom-made from the USA, which can cost hundreds of pounds.

And while she is a svelte size 10 on the bottom, she has to buy size 18 to 20 tops and then have them taken in so that they fit her round the waist. 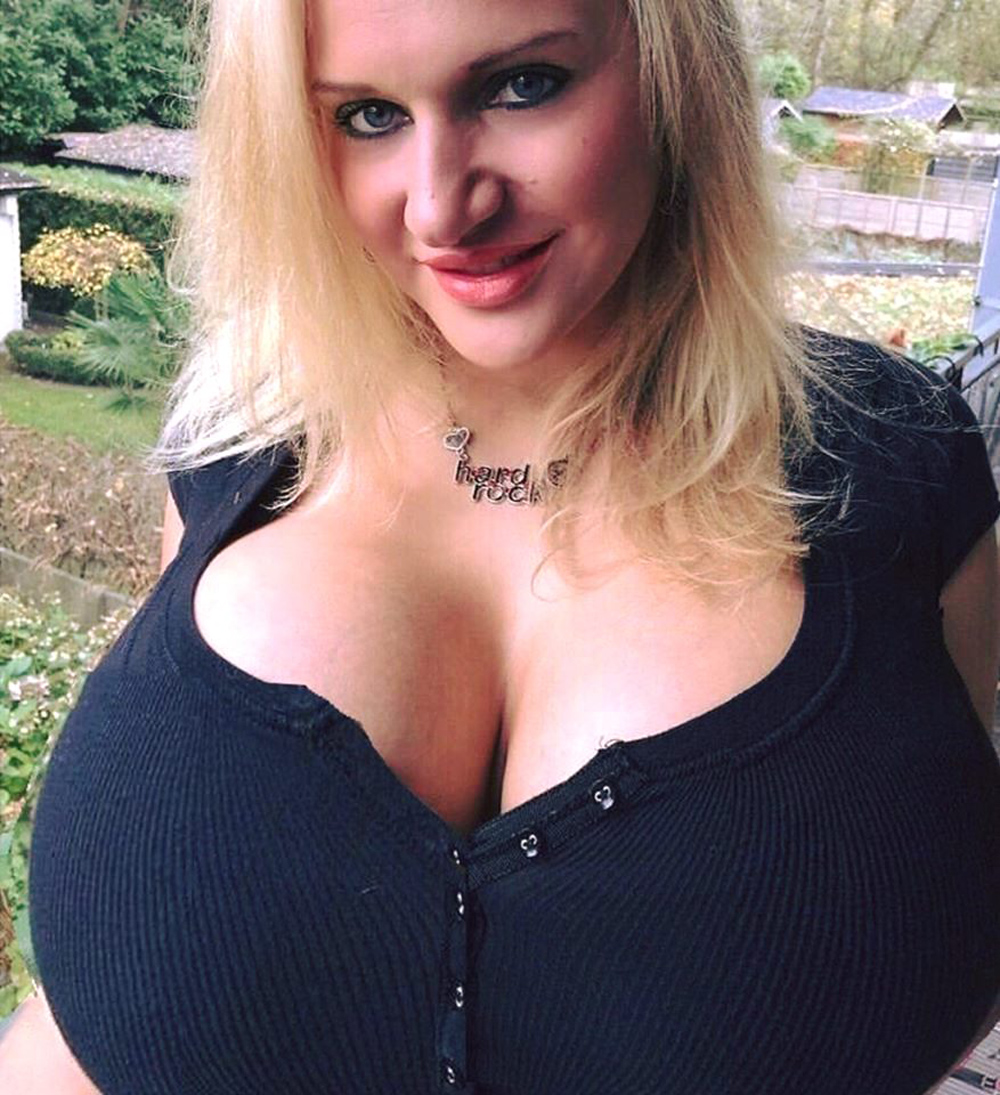 “If I’m stood up all day, then my shoulders and back do start to really hurt,” she explained.

“I do lots of core work in the gym to make sure that I keep strong. I have a personal trainer and do weights and mat work. I can’t run on a treadmill though – my boobs get in the way.

“It’s also far too uncomfortable to drive. I was okay going really short distances, but anything longer would leave my arms in pain, so I eventually got rid of my car.”

When she is out and about, Leia’s look inevitably attracts attention from strangers – not all of it positive.

She said: “I understand that I chose to look like this, and that it makes me money, so I try not to get too cross, but people do say some horrible things.

“When it’s just men thinking they’re funny, I ignore it, but I find it very hurtful when the negativity comes from other women.”

She continued: “I’ve had a woman I’ve never met before come up to me in a bar and tell me that I’m a disgrace, and the reason that men attack women. Obviously that’s not true – women should be able to look however and wear whatever they like.

“I’ve also been told that my mum should be ashamed of me. I don’t want her to hear the nastiness as she gets upset, so it’s tough when people do it in front of her.

“I’m not hurting anybody so I don’t understand the need to be so nasty. On the other side of the coin, though, some people are really lovely and friendly, and love to take pictures with me.”

Enjoying stellar success in her career, Leia can earn anywhere from £2,000 to £10,000 a month and has been flown all over the world – including to glamorous Las Vegas, Nevada, USA – on jobs.

Aware that she does not want to be a glamour model forever, she is currently saving as much as possible so that she can ensure she is financially comfortable for the foreseeable future.

She said: “I know modelling has a shelf life. When I do decide to stop, I think I’ll get my boobs reduced. I want kids one day, and don’t want to attract negative attention in the playground.”

She concluded: “I’m not sure what I’ll do next, but I’m saving up as much as possible so that I can look after myself.”

Gattuso about 1:0 Sociedad: match depended, decide whether Napoli the task of advancing to the playoffs the Europa League more than half
The fall of the Portuguese, whom Cristiano put above himself. From Chelsea and Mercedes in 16-to viewing in Kuban and term for drugs
Juve are in talks with the sacked Sarri to terminate their contract. The coach received 5.5 million euros a year
Fonseca Pro 0:0 with CSKA Sofia: The quality of Roma's game in Serie A is different, but that's normal. Rotation is needed
Wolfsberg midfielder Lindl is among the contenders for the Europa League player of the week. He scored 3 goals for Feyenoord
Arteta after 3:0 with Dundalk: now it will be more difficult for me to choose the starting line-up for Arsenal
Cherchesov congratulated Maradona on his 60th birthday: Human happiness, Diego!
Source https://www.walesonline.co.uk/news/uk-news/british-woman-25-unable-drive-18955464