British sausages don't cause cancer – but experts say foreign ones do

British bangers do not cause cancer – but foreign sausages do, experts have ruled.

After years of being accused by the World Health Organisation of posing risks, scientists say continental varieties are the ones to avoid.

Our sausages are fine because they do not contain potentially harmful carcinogenic nitrates.

Dr William Crowe explained: “British sausages do not contain sodium nitrite. Many other continental sausages do.” 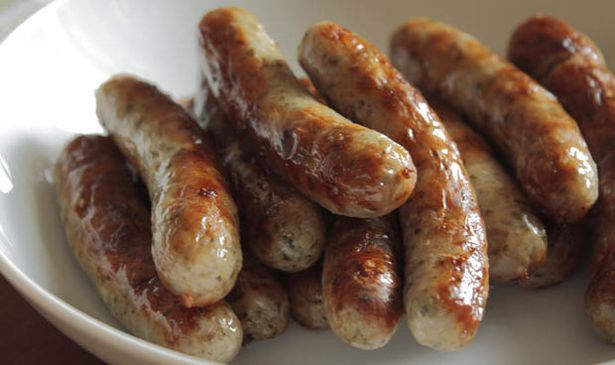 Researchers at Queen’s University Belfast say sausages are back on the menu – just in time for Christmas (Image: GETTY)

In 2015, the WHO labelled processed meats such as bacon, sausages and ham as harmful, and warned that 50g a day increased the risk of colorectal cancer by 18%.

But now researchers at Queen’s University Belfast say sausages are back on the menu – just in time for Christmas – after claiming results of 60 studies were inconclusive.

Nick Allen, chief executive of the British Meat Processors Association, said: “I think people should be reassured that if they are eating their pigs in blankets with their Christmas dinner that in moderation they unlikely to be harmful.”

Sainsbury’s alone is set to sell 20million pigs in blankets over the festive period with 74% of customers classing them as non-negotiable on the Christmas dinner table.

Liverpool will buy Jota for 41 million pounds. Wolverhampton will pay up to 13.5 million for Hoover
8 is Bavaria's favorite number. Now she beat Schalke: Gnabry scored a hat-trick, Sane scored 1+2, Lewandowski came up with an assist by rabona
Liverpool agreed a 5-year contract with Jota. The transfer amount could be 43 million euros
I left everything and went to the other side of the world for my favorite team. The heartwarming story of a Norwegian fan in love with Santos
Lewandowski scored in the 1st round of the Bundesliga in 7 seasons and repeated the championship record
Gnabry scored a hat-trick against Schalke
Lewandowski scored for Schalke in their 10th Bundesliga game in a row. This is a League record
Source https://www.dailystar.co.uk/news/latest-news/british-bangers-dont-cause-cancer-21138150?utm_source=feedburner&utm_medium=feed&utm_campaign=Feed%3A+daily-star-latest-news+%28Daily+Star+%3A%3A+News+Feed%29