THE owner of British Gas lost a further 107,000 gas and electricity customers in the four months to October in the UK.

Many people will be switching onto cheaper deals. So what savings could you make if you choose to change energy supplier?

The amount you pay for energy depends on where you live and how much you use.

But uSwitch.com reckons that the average household could save up to £327 a year by switching away from its supplier's standard tariff.

Over 50 per cent of Brits are on those deals and if you haven't switched for over 12 months it's likely you'll have rolled onto one of these plans.

Cordelia Samson, energy expert at uSwitch.com, said: "Switching energy supplier is quick and easy to do, and could save you hundreds of pounds a year off your gas and electricity bill."

She explained: "Head to a price comparison site and enter some details about where you live, your current energy supplier and usage if you know this, and the type of home you live in.

"You'll then be provided with a list of tariffs available in your area and you can pick the one that's right for you - it's as simple as that."

What is up with Centrica?

The so-called Big Six electricity and gas providers have struggled for a number of years from fierce competition from smaller start-ups with lower cost bases offering cheap deals to households.

The introduction this year of a government-mandated price cap for 11m households has added to the pressure.

But Centrica said in a trading update that the rate of losses during the four months to October was lower than for the first six months of the year - and was “significantly lower” than in 2018.

It also emphasised that it was adding customers in other areas such as services and home solutions.

Centrica said total UK customer accounts rose 136,000 in the four months to October as the growth in other services more than offset the continued decline in supply.

It offers a range of alternative services to households, such as boiler installation and repairs as well as home products including smart thermostats, plugs and cameras that can be controlled remotely via a mobile phone.

Stephen Murray, energy expert at Moneysupermarket, added: “We’re seeing great deals coming on the market all the time so householders should sign up to be alerted when a better deal is available to for them. 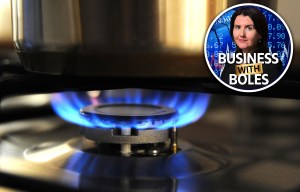 Inflation has dropped to 1.5 per cent– what does it mean for you? 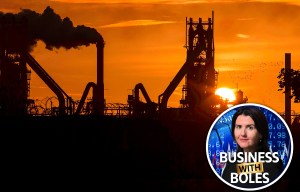 British Steel's Chinese rescue to save thousands of jobs 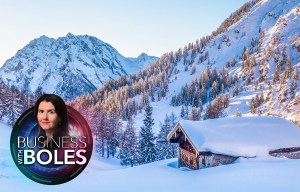 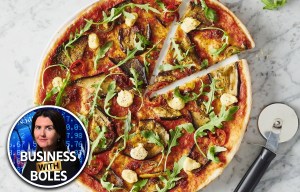 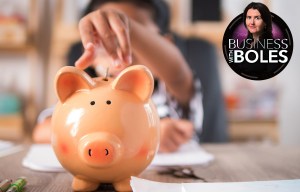 STATE OF THE UNION

Credit unions are more popular than ever – are they right for you?

"It takes the hassle out of making sure you aren’t paying too much for energy.”

Deals out there at the moment include Scottish Power Super Saver 2020 B11 or EDF Energy’s Simply Online 1 year fix Dec20.

These are offering savings of £288 and £266 for an average household over the standard variable tariff those companies offer.


More from the City

Other business updates today have come from Royal Mail, Arcadia and William Hill

SNAIL MAIL: Royal Mail could be heading for a loss in the UK as its turnaround is slowed by industrial relations’ woes and a slump in letter volumes. In a trading update, the London-listed company warned that the UK division could be loss-making in the upcoming 2020-2021 financial year which starts next April.

BETTING ON JOSHUA: William Hill hopes the upcoming Anthony Joshua fight will be a moneyspinner after revenues from gaming in its retail shops fell by more than a third.

PIGGY IN THE MIDDLE: The competition watchdog has kicked off a two-month probe into Hasbro's plans to take over Peppa Pig maker Entertainment One. It will investigate if the £3.1 billion takeover is likely to impact competition in the UK.

Hodgson on Zaa threats: He did the right thing when he let people know. There is no excuse for this
Setien on Messi's rest: Of course, he needs it. But the score in the match against Valladolid was too slippery
Immobile – the fans of Lazio: Some people seem to have too short a memory. Leave my family alone
Holand was kicked out of a nightclub in Norway
Zinedine Zidane: real is real. The most important club in history
Nuremberg miraculously remained in the second Bundesliga. We scored in the joints on the 96th, both teams sobbed
Griezmann will miss Barca's last two games in La Liga. He was out for at least three weeks
Source https://www.thesun.co.uk/money/10393502/british-gas-latest-save-switching-tariff/

Coronavirus: Some air conditioning units risk spreading Covid-19 and should be turned off, advise experts

Heathrow to rely on just one runway until October

What is Primodos and what was the birth defect scandal linked to the drug?