The 41-year-old judge appeared on the show in a statement gold necklace that featured the initials BLM.

It came after the show received the most Ofcom complaints in a decade after Diversity's BLM-inspired dance routine two weeks ago.

A spokesperson for Ofcom told The Sun it had received 1,675 complaints about Britain’s Got Talent's episode on Saturday - the majority relating to Alesha’s necklace.

They added: "We are assessing these complaints against our broadcasting rules, but are yet to decide whether or not to investigate.”

Alesha's choice of jewellery divided opinion, with some insisting "political" references had no place on the family show.

One viewer tweeted "BGT alesha’s necklace disgusting. Why are you allowing political statements. #AleshaDixon if #SimonCowell was there I don’t think you’d be wearing it."

It was also applauded by many, with one fan posting: "Why are some weirdos hurt about the beautiful Alesha Dixon wearing a necklace.

"Well done to Alesha Dixon. Seriously you want to boycott bgt because of a necklace that's crazy!"

Another praised the former Mis-Teeq's star's bravery, saying: "I love how Alesha doesn't give a F."

She wore the jewellery after fellow judge Ashley Banjo - who is standing in for Simon Cowell - was the subject of criticism after performing with his dance group Diversity.

The dance, which made references to the Black Lives Matter movement as it looked back at the events of 2020 so far, received more than 24,000 complaints.

It depicted the moments before the death of George Floyd, a black man who died in the US in May after a white police officer knelt on his neck.

Ashley, 31, was seen with a white cop kneeling on him during the performance, which also featured backing dancers in riot gear. 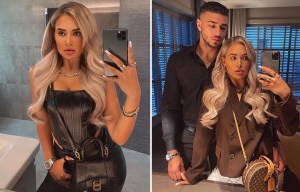 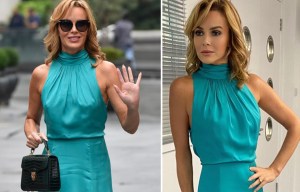 ITV put out an advert in the wake of the row reading: "We are changed by what we see. Just as we are changed when we are seen."

Arteta about 0:1 with Leicester: I Don't know why the hell our goal was canceled. It is difficult to create space when 10 people are sitting behind the ball line
Rodgers on 1-0 with Arsenal: Leicester deserved to win. Vardy is a world-class player
Juve without Ronaldo could not beat Verona and Crotone in Serie A
Vardy has scored 11 goals in 12 games against Arsenal in the Premier League. Only Rooney has more
15,000 Teddy bears were planted at the Heerenveen match as part of a campaign to fight cancer. Toys sold for 230 thousand euros
Adidas and Pharrell Williams have reinvented the old forms of Real Madrid, Arsenal, Manchester United, Bayern Munich and Juve. The design is hand-made and celebrates imperfection
Barcelona filed a complaint about the refereeing of the match with Real Madrid to the Spanish football Federation
Source https://www.thesun.co.uk/tvandshowbiz/12730806/britains-got-talent-ofcom-black-lives-matter-alesha-dixon/